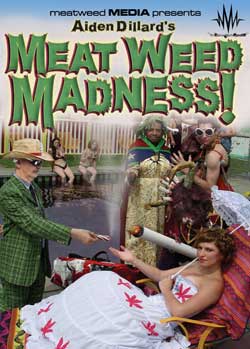 There is a magical plantation that lies in the not so Deep South called Meatweed Manor, where the farmers cultivate the most powerful ganja on the planet from human flesh. When smoked, this wacko tobacco drives men mad and women mad with lust. On one fateful day, four lovely Southern belles find themselves drawn to Meatweed Manor, where they must confront the evil minotaur Bullpucky, who is determined to smoke them one by one!

Watching a Troma film is the equivalent of watching a horror film that wants to be p*rn, or a p*rn flick that wants to be a horror film. It never quite reaches either goal and consequently leaves you with the feeling that you’ve just been duped. Troma films are rife with naked, muffin-topped women having faux sex with all manner of people and things; d*ck jokes, fart jokes; convoluted plotlines that would make Japanese anime writers proud; and bad performances of even worse writing. But, with all their faults, Troma films are supposed to be fun. It certainly appears that the performers are having a good time. 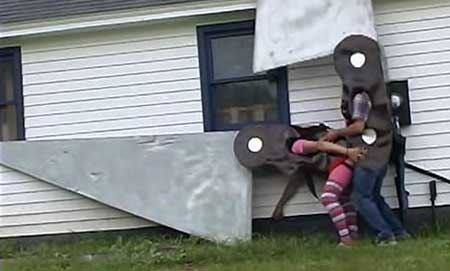 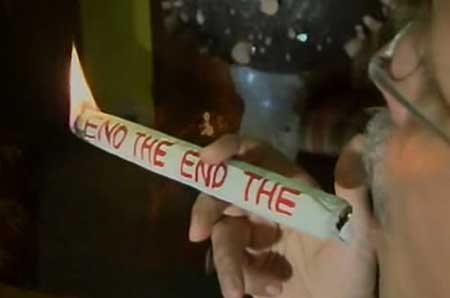 In the opening sequence of “Meat Weed Madness”, after a Civil War orgy and some random gratuitous nudity, a huge papier mache cow is wandering the countryside, via stop motion cinematography, of Burnham County, having sex with gravestones, resting in a hammock, investigating a pool, etc. While this is happening, Jezebel is being chased in her car by a dude named Dude who’s driving a car that looks like a shark. During the chase Jezebel hits the cow, killing it. She escapes the clutches of dude, who warns her of the coming of Bullpucky, and comes across Meat Weed Manor, a plantation where they harvest meat weed.

Meanwhile three other girls, Angel, Rita, and Lisa are picked up by a DAIRY van. DAIRY stands for Drivers Against the Implementation…it doesn’t matter because it doesn’t make sense. They are promised their drug fix if they just get in the van. When they don’t get it, they kill the driver and head off toward a lake. They are captured by Miss Big, a transvestite who isn’t even really trying, and taken back to Meat Weed Manor. At the Manor they are handed over to the proprietor, Lord Meat Weed, who gets them high with some meat weed. 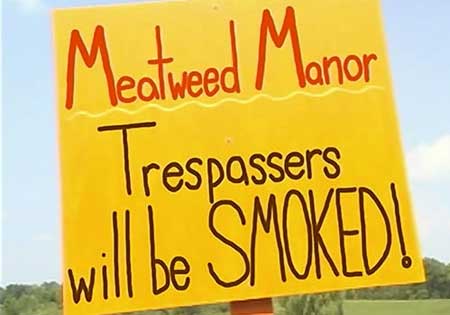 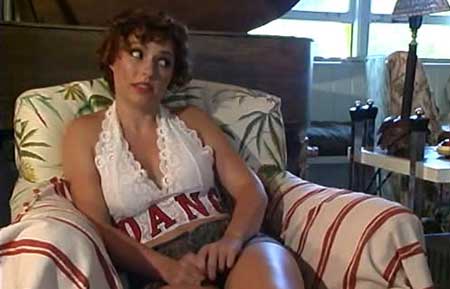 Freshly high, the three of them go to the pool and get naked. Curious but not diving in, Jezebel watches from the sidelines. After some naked pool shenanigans, Angel decides she wants to take a sauna. While in there a rent-a-minotaur, named Bullpucky, services her orally. Later, after killing all her friends, he comes for her, killing her with a meat cleaver.

Other strange visuals: Miss Big’s penis turning into a rocket and launching into the air; a couple of people dressed as oversized cutlery doing it doggy style on the side of a barn; a man in a gorilla suit with red, glowing eyes playing the piano; Bullpucky’s 3-4 ft long cigarette that becomes his go to phallus. The list goes on and on. Or, if you’re P.O.D., “it goes on and on and on and on.” 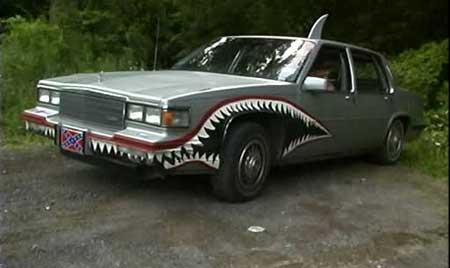 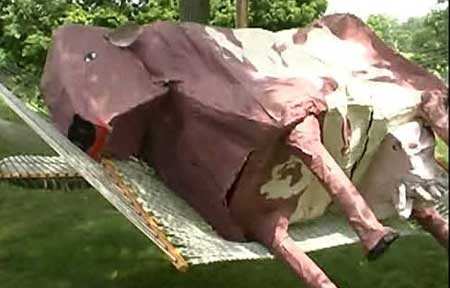 Troma films are for a very specific audience. They have been doing this brand of film since 1974 and show no sign of stopping. Most have seen at least one of the Toxic Avenger films but Troma has so much more to offer. They can wrap boobies, blood, and nonsense into one difficult-to-watch package better than anyone on the planet.