Home | Craven Discusses Why He’s Back In Michigan

Craven Discusses Why He’s Back In Michigan 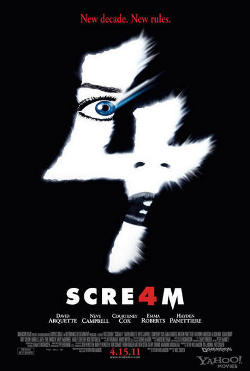 When ever you hear a film is back doing re shoots, especially after a test screening and especially close to its release date you always think the worst but director Wes Craven says that’s not the case with his return to Michigan to add a little more to SCREAM 4.  He explains to Entertainment Weekly:

“They’re not reshoots,” Craven tells the magazine. “We had a couple test screenings and we saw two scenes where they had moments you could add to and we just saw a spectacular opportunity. Bob [Weinstein] just said to me basically, ‘You go to your dark side and I’ll give you the money!’ [Laughs] The two scenes were really good, but we saw how they could be spectacular, so we thought, let’s just go for it. They were key moments of the script, so we just decided to go back and go for the grand slam on them.”

Well that sounds promising.  Can’t wait to see what he’s come up with.  SCREAM 4 attacks theaters on April 15th.

Craven has also been adding pics to his Flickr page while he’s back in Detroit working you should CLICK HERE and go see behind the scenes.