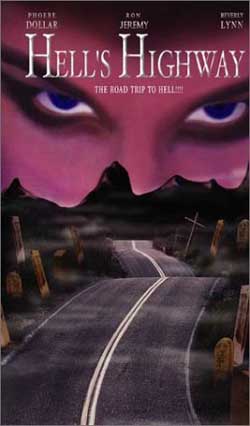 A group of four college students from Pennsylvania head to Redondo Beach, CA on a road trip to do what college kids do best: drink their livers into oblivion. Along the way, on a stretch of road in Death Valley known as the Devil’s Freeway, they pick up the young, attractive hitchhiker Lucinda, whose idea of a good time is far different than that of the unsuspecting travelers.

I remember when I was younger I liked to build plastic car models. Or, more accurately, I liked to start building plastic car models. Inevitably, I would want to see the finished product so bad, I would begin to cut corners and start to give a half-ass effort just to finish the project. What was left was a plastic car model that almost looked amazing…but not quite. Hell’s Highway feels like that: a movie that, in spite of its low-budget parameters, is almost awesome. 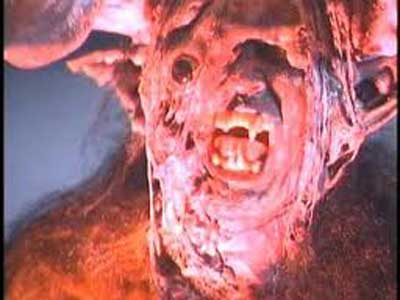 The film starts off typically enough: dude driving through a scorching hot southwestern desert, chick needing a ride standing provocatively on the side of the road. She stands on (and, yes, she’s standing on it, not by it) one of those memorial sites you always see when you drive across lonely stretches of highway, marking the unfortunate demise of a loved one. Dude pulls over to lend a hand, but not before concealing his Bowie knife in the newspaper reporting the string of deaths in the area. Oh, boy, is she in for it…or so we are led to think.

From here on I was so pleasantly surprised by the depth of the storyline I couldn’t believe it. Well, until the last 10 minutes anyway. But up to that point I kept saying to myself, “Hey! This is pretty good!”, or, “Well THAT was cool!”, and even a couple, “Man, I didn’t see that one coming!”’s. The poor quality of the film and the horrible but somehow effective score did not jive with the fact that a cool story was being told here, an honest-to-goodness story, and what’s more, it was being told well. There were so many different techniques used in such innovative ways that I couldn’t help but to think of, and I hesitate to put it in this league, the ‘Evil Dead’ (cue angels singing). For me and my fellow Deadites, the ‘Evil Dead’ is the quintessential low budget horror film, so comparing Hell’s Highway, to that masterpiece just feels…wrong. But the similarities in philosophy of camera shots, editing, sense of humor, etc. are nonetheless all there, albeit in a different package. 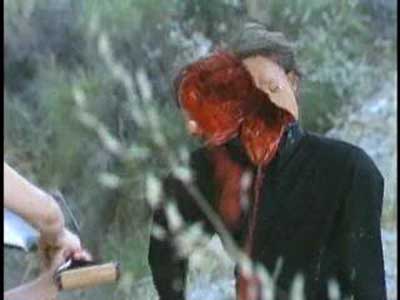 And then the end happened and ruined it all.

See, I found myself really getting into the story. The low-budget thing wasn’t a hindrance. The over-the-top gore, which can be too much in most cases, actually added to the story. I began wondering why, in this era of “remake-every-film-that’s-ever-been-made-because-we-don’t-have-one-original-idea-of-our-own”, hasn’t this little gem been considered for a remake?! Then the end…well…you get the idea. I don’t want to ruin the end for you; the movie will do the job all by itself. 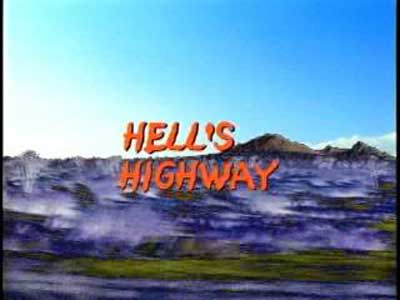 By no means should you avoid this movie, however. Just because I was disappointed with the ending doesn’t mean there isn’t plenty of entertaining aspects of the film. I compared it to the Holy Grail of low- budget Horror, for goodness sake; it’s bound to be liked by some like-minded individuals. Are you like me? Did you almost build the perfect Revell ’64 Impala? Do you look upon tree branches in the forest with a wary eye? Are you curiously drawn to Ron Jeremy’s legitimate acting pursuits? If so, you just may enjoy 95% of Hell’s Highway.