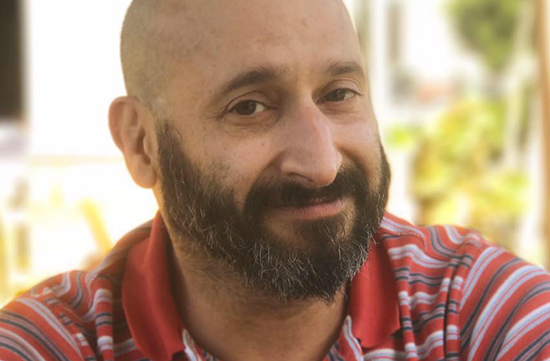 Hello there Mr. Joe Castro.
Good evening bloodie fiends my name is Dr. Gorehound and im here to take you behind the screams with some of the best horror special Fx artist’s in the business. Today we have Joe Castro who is famous for his horriying monster/gorie FX in such films as TERROR TOONS, THE JACKHAMMER MASSACRE, THE HAZING,BLOOD SISTERS,FEAST 2: ALL YOU CAN EAT, AND DRILLER. 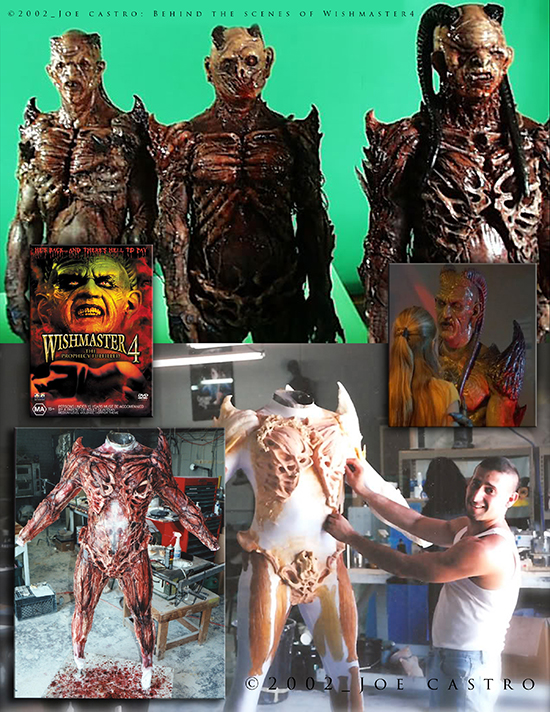 When did you first discover the art of make up FX and horror movies?

at the age of 7, in 1977, my father Martin Castro jr. sat me down in front of our television set , in the living room, and said “watch this… u will like it.” He was right…the movie was “Godzilla vs. The Smog Monster”. I had always had a fascination for dinosaurs so my father put 2 and 2 together and just knew that Godzilla would be a hit for me. My father was my greatest supporter and biggest inspiration, of course it took his death in 1997 for me to realize this. Truly sucks! He was such a fun guy and an awesome father. 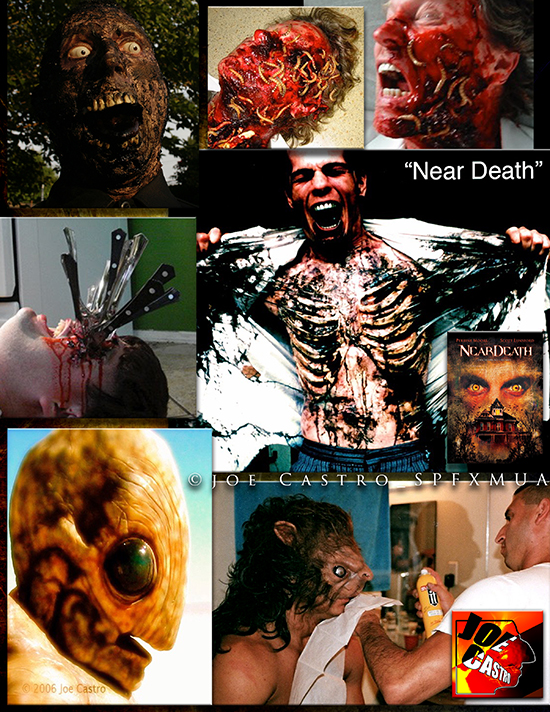 How did you become such a well known name in the Fx world?

Well to be honest I don’t think my name is well known…but every once in a while, a well known fx artist complements me or recognizes my work so I assume to some extent that statement is true. Basically my goal in life is 2 b truly original at all times and when it comes to my FX work I always try to produce and create FX that even fool other FX artists. I would like to b the illusionist that tricks/surprises all. 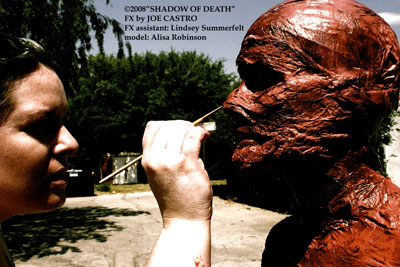 What actors/Fx Artists of the day you admire and paved the way for you to become a successful Fx artist?

Good question…Joe Blasco, Dick Smith, and definatly Tom Savini but most of all Herschell Gordon Lewis.

How did you become to be adirector/writer/producer in the FX world?

When I was 12 years old, the home electronics market introduced the video camera to consumers on a retail level. I told my parents that is what I wanted for a Christmas present. My family knew that this was the first major step into a life long education into the wonderful and cruel world of film making and independent cinema. So my mother: a high school teacher and my father: a goat farmer saved $2,200 and bought me that camera. Thank u Mom and Dad. I spent every waking moment imagining and producing short films/”vilms” until the camera finally broke beyond repair 4 years later. That is how I became a film maker. 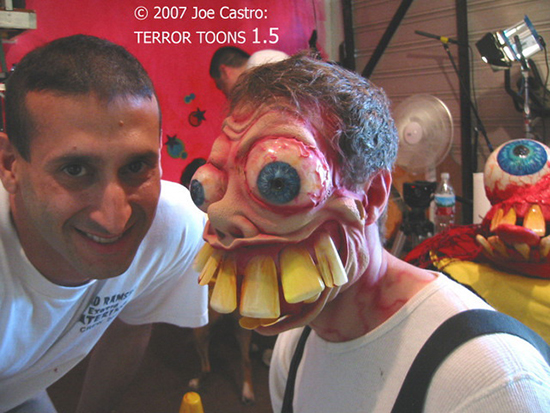 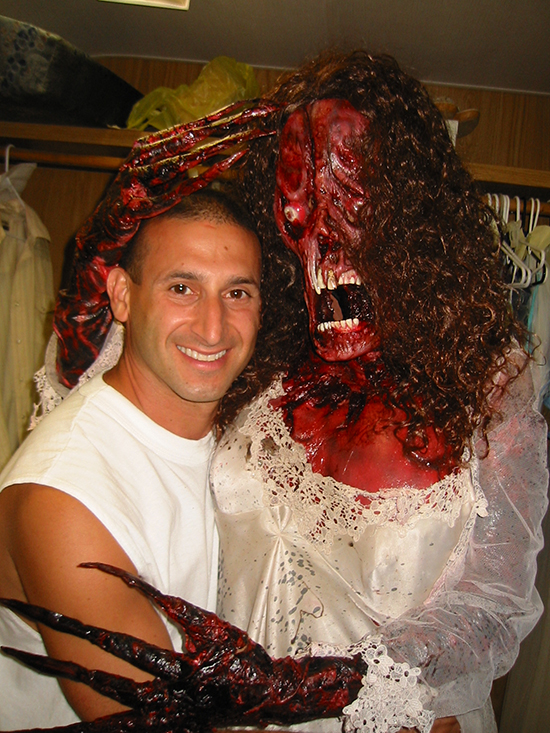 and which do you enjoy doing the most??

All of these positions kind of melt together for me. But I would have to say that my FX work brings me the most joy especially when it is shared into other’s films, Halloweens and lives.

Who are your favorite actors/actresses to work with?

That’s an easy one: Brink Stevens, Michael Berryman, Perrine Moore, Holly Clark, and Joe Haggerty. Not only are these actors great to work with but also wonderful people to be friends with. 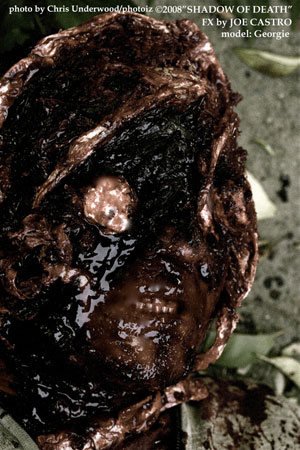 Do you think that CGI (Computer Generated Effects) are taking over horror movies rather then practical gore effects?

Taking over no…but I do think there is an important place 4 them. 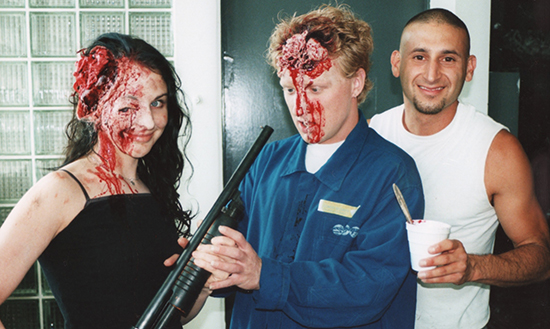 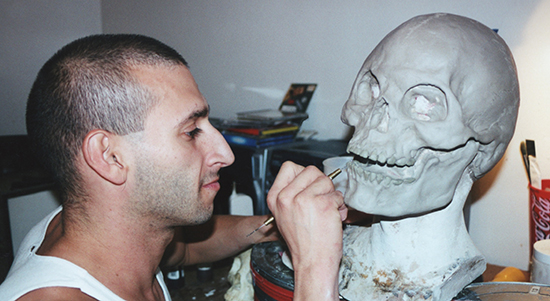 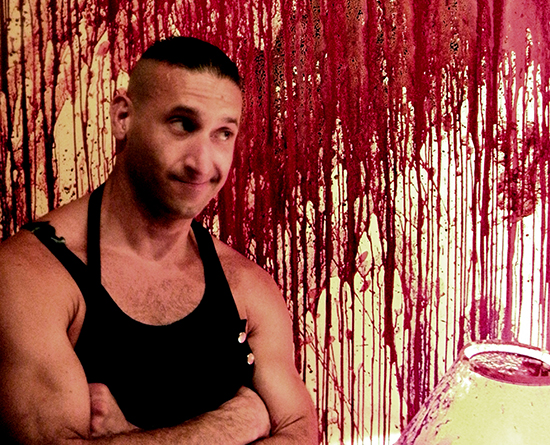 What is your favorite death scene/gore effects in one of your recent/old films??

Another easy one, unfortunately it is rare to see. Why because Liongate cut this FX sequence from the film. In my film, “The Jackhammer Massacre” Bart Burson’s Character get’s his head bashed in with the title weapon. In my cut of the film, the FX shot of this happening, is a seamless blend between Bart’s real head and a synthetic latex dummy head. The impact of the bashing is so powerful and gruesome the victim’s intestines explode out of his face! God I love that! 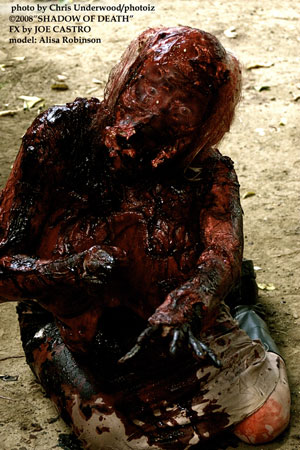 What is your favorite horror film of all time and why??

Another easy one…David Cronenburg’s “RABID”
This film depics a sci-fi/horror realm many not even dare dream of…so depraved and catastrophic…yummy gore! Rabid human attacks! Stars a p*rn goddess! Joe Blasco invents still a new parasite that makes my skin crawl…did I mention there is a jackhammer kill in this film too!? Lord have mercy I love this film.

You recently told me that you’re designing some new realistic looking Halloween costumes for well known associates, why did you decide to do this?

they respect me and allow me to reinvent myself and my skills with their costumes.

I get the opportunity to allow others to experience the unrivaled power my costumes can give someone on Halloween. It is truly is a God like Experience.

What is the status on Terror Toons 3 or any other film projects on the horizon??

Terror Toons 3 is a piece that was meant to be cherished and nurture as if it were my true living child so I will not say it is on the back burner but carefully being produced in a slow and cautious manner. Other film I am in prep 4 are new experiences for me so I am taking time to develop them in a new Castro manner. It is difficult to constantly out do urself. 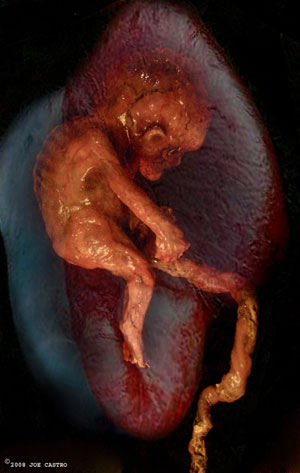 What is the best advice you can give to up and coming FX artist’s struggling to make ends meat??

My best advice to the struggling FX artist is that the struggle is a crucial part of the life long experience and if u r not struggling then u r not growing and securing ur rightful place in the powerful world of FX artistry. Always b teachable and be willing to step back and view ur work as novice so that u may b able to learn from others. Never stop dreaming of new ways to shock the sh*t out of other artists…this is how u become gr8!

Thanks You so much for the time Mr. Joe Castro.