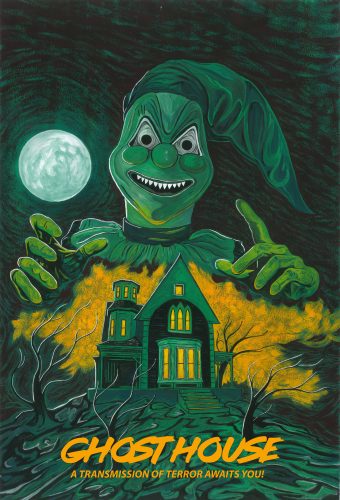 Dustin Ferguson, Director of “Nemesis 5” and Editor of “Sleepaway Camp IV” recently launched an Indiegogo campaign to raise initial funds for production on “Ghosthouse”. Ferguson’s company SoCal Cinema Studios is Producing, based on a script by Mike Reeb (“Nemesis 5”) and Jason Harlow (“Another Evil Night”).

The film is a remake of the 1988 Italian cult classic by Director Umberto Lenzi (“Cannibal Ferox”, “Spasmo”, “Eaten Alive!”) and will begin filming this Autumn in Los Angeles. It’s set to star Paul Taylor (“Pinhead” from “Hellraiser: Judgment”) with Special F/X by Joe Castro (“Wishmaster 3 & 4”) and music by Justin Apone (“The Toolbox Murders 2”).

The remake follows a group of college kids who follow a mysterious broadcast on an old television set to an abandoned (and obviously haunted) house in the woods. Ectoplasm pits, flying objects, ghostly apparitions and the Grim Reaper himself are only a few of the horrors that await them inside!

Ferguson is finalizing the details with rights holders Film Export Group now, so expect to hear a lot more about this project soon! In the meantime, check out the brand new official Poster art and Indiegogo link below! They have perks that range from a DVD copy of the finished flick to an actual role in the movie!

Dustin has a reputation for resurrecting the franchises of yesteryear with his unique blend of camp and horror and “Ghosthouse” may be the perfect fit for a Ferguson interpretation.

Here’s how to get involved,
www.indiegogo.com/ projects/ghosthouse-remake#/ 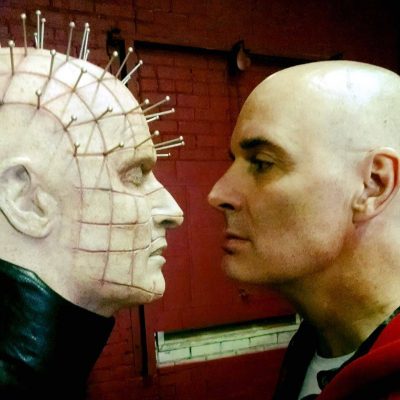