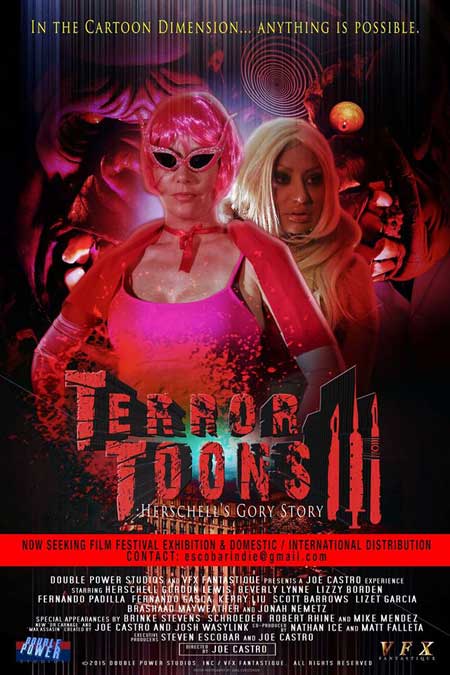 Dr. Carnage and Max Assassin are back to continue their bloody rampage, killing off anyone unfortunate enough to come into contact with them.

As corny as it was I actually liked Terror Toons when I saw it several years ago. It wasn’t the greatest film in the history of the world or anything but it was enjoyable in its own weird way. I never saw the second film but I watched the third one recently and thought that it was a good companion to the original movie. It definitely isn’t for every taste and is almost a little too goofy at times but if you are a fan of the first installments then chances are you are most likely going to like this one too. 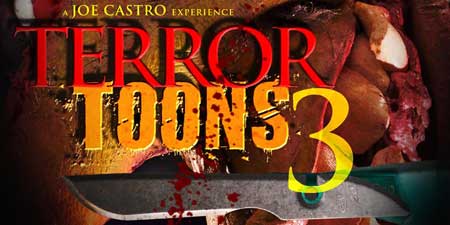 I liked the fact that it picks up right where the first movie left off. I don’t know what happens in the second film and can only assume that this installment acts like that it never happened but I thought that this was a cool touch. I like it when sequels (such as Halloween II and Waxwork II: Lost in Time) do this as it makes it seem as though you are just watching one long movie when you watch them back to back in a single setting. I also dug the fact that many people from the original film returned (even though most of them died by the end of the first film and are magically brought back to life this time around) and I thought that it was cool to see them again (even if most of them don’t really do a whole lot and don’t get a great deal of screen time).

It was great to have most of the original cast back and to be honest it was just good to see them as I liked all of the characters that appeared in the first movie and couldn’t help but root for them as they faced off against Dr. Carnage and Max Assassin once again.  It was sort of like seeing old friends (well maybe not friends but people that you were somewhat familiar with at one point in your life) for the first time in several years and I just thought that it was pretty cool in general (of course I am a sucker for nostalgia so that made have played a part in it for me). 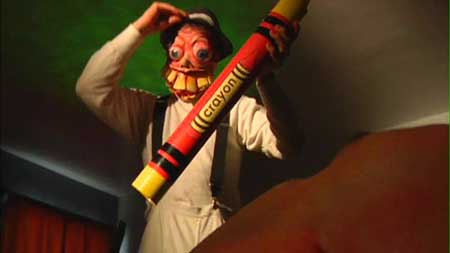 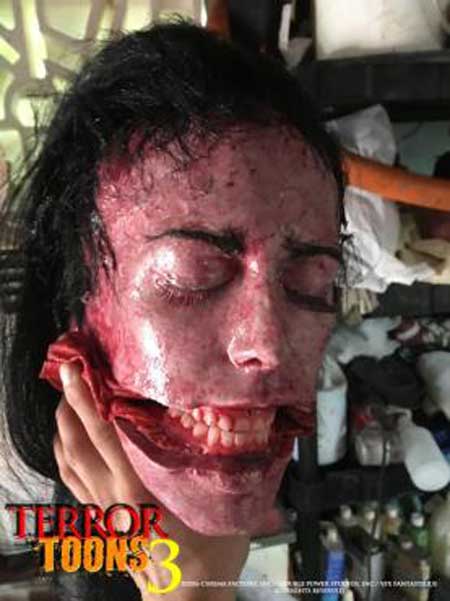 I also enjoyed the fact that there was a ton of death and destruction that took place this time around. Dr. Carnage and Max Assassin don’t mess around and they leave a lot of dead bodies in their wake. We get some cool bloody death scenes and while several are a little too out there and over the top (the one with the breast enlargement comes to mind immediately) they are still fun in their own zany way for the most part. Even though the biggest majority of them are weird and wacky they are still pretty brutal and bloody at the same time and being a gore hound that loves his blood and guts I definitely approved.

Like the movie itself the death scenes are meant to be taken too seriously and are just meant to be fun and entertaining in a goofy, brainless way. To be honest if you take the time to sit down and watch this movie and then complain about how stupid or goofy the death scenes are then you probably aren’t exactly the right audience for it to begin with. Yes some of them are pretty corny and just downright idiotic, but I pretty much expected them to be going into it so I wasn’t too surprised. 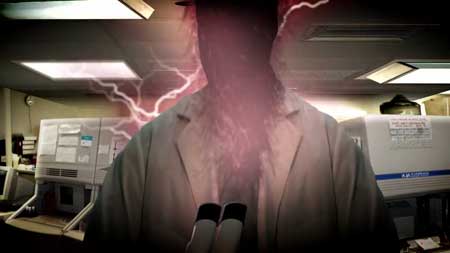 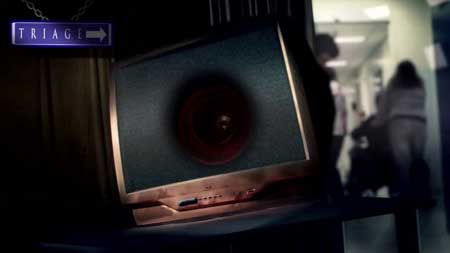 Some pretty awesome people show up during the film’s duration as well and I thought it was cool that they all popped up. Iconic horror director H.G. Lewis actually gets quite a bit of screen time and it is obvious that he had a great time working on the film. I’ve always been a fan of his work and his involvement with the movie is perfect as most of his films have a similar vibe to it in certain ways (such as a low budget, tons of gore, etc) so it makes sense that he would make an appearance here. I also thought that it was awesome that the always cool Brinke Stevens popped up at one point as well as it is always a pleasure to see her (I met her many years ago and she is a real sweetheart). If you look closely you will also see several other familiar faces such as Mike Mendez, Linnea Quigley, and even Debbie Rochon at certain points too and I thought that it was pretty kick ass that they all made appearances. 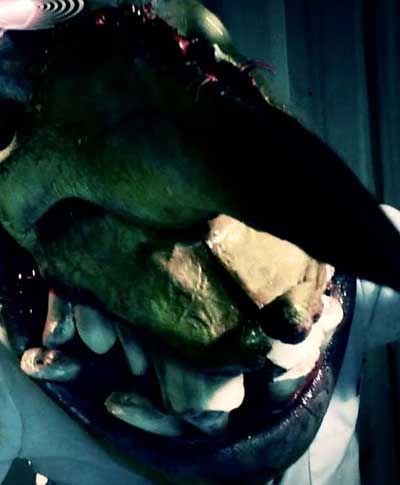 As I said earlier, Terror Toons 3 isn’t for everyone and while some viewers may absolutely hate it I personally liked it. It is an odd little flick that is sort of like a cool fever dream but it works on a couple of different levels. It’s one of those movies that you can’t think too hard about and if you go into it with an open mind you will end up enjoying it. Yes, it’s goofy and overly silly at times but that is to be expected to be quite honest (I mean come on, it’s a movie about killer cartoon-like creatures, not a deep, thought-provoking character-driven piece that is supposed to make you think). Check it out if you are in the mood for something a little different and are craving just some good old fashioned brainless fun.