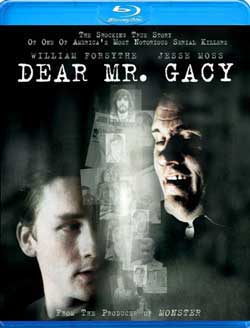 A chronicle of the interaction between college student Jason Moss and the object of his obsession, serial killer John Wayne Gacy.

“Dear Mr’ Gacy” may perhaps be one of the most intriguing and original Gacy focused films that have come out to this date. What makes it so damn entertaining is that it’s not directly related to another Gacy retelling picture as it is to a new angle using Gacy as a focal charter. It could be argued that the character of Gacy could have been a number of serial killer figures but its his sorrid past with young boys and a psychologic manipulation that really makes Gacy a perfect candidate for the premise.

Jason Moss (Jesse Moss), a young student who wants to impress his teacher by proactively chasing a scenario while bent on academic superiority, takes a chance on a strange idea. His idea is to base his report on the serial killer John Wayne Gacy. Now in the film, Gacy is still incarcerated suggesting that the time period is 1994 right before his public execution on death row. As Jason pursues his project, he finds that research alone on Gacy is not going to fit the bill for some truly dynamic content. His angle comes in the way of actually writing to Gacy in hopes of a return response.

Well, careful what you ask for, as Gacy not only responds but starts to grow a rather uncomfortable friendship with Jason. At first the letters become more personal and more informative suggesting that Jason is being manipulative at Gacy’s own game of manipulation by tricking John into new content he can use in his report. Though it’s the level at which Jason takes this that starts to defy the motivational pursuit that we’d expected from a young student. Jason targets Gacy’s interest by including some rather racy photos of himself to leverage Gacys interest and affinity with homosexual tendencies. This creates a closer engagement that begins grow uncomfortable as Gacy takes the next step and phones Jason on a regular basis. While Jason tries to maintain his facade, it’s clear that Gacy is beginning to gain an upper hand by pure manipulation himself. The bizarre relationship starts to affect Jason’s own life and begins to mirror the facade he was setting up to gain Gacy’s trusts.

William Forsythe does an excellent role in his interpretation of Gacy. Maybe even too good, that I began to wonder if the original John Wayne Gacy was really as dynamic as the actor himself. Though in the framework of the film, he is believable as a twisted but personable entity that was responsible for so many murdered young boys. What is unique is that Gacy fails to ever commit to the fact that he was responsible for all these deaths. In a sense even though the evidence is clear, we begin to wonder ourselves about the facts. Jesse Moss is brilliant as his intensity and naive seems to morph over the time of the films progression into a place that can’t end in a good way. We get to explore a touchy subject that is presented on a different note to really focus on this angle of a serial killers storytelling.

The film is noted as being a true story that makes the journey all the more intriguing. Though I didn’t know this when I started the review. We know that Gacy eventually is executed but it also explores the minds of the young and motivated and what the consequence of such actions can entail. Somehow, in dark drama, you tend to feel that there is  a message at the end of the day. While the obvious choice would be don’t toy with convicted serial killers, I felt perhaps that message was something deeper and at the peril of staring evil in the face. It’s not giving anything away to mention that the movie also ends showing us the images of the real persons who this movie portrays. And because of that, I felt it really brings us closer to the dramatics of the situation

The film is directed by Svetozar Ristovski who really did his homework by bringing us a genuine interpretation of a real event. Even so, it feels like a movie and that’s what makes it scary. There is a moment when we begin to wonder if the constrains of prison are really much restraints at all. and that is the biggest fear factor here. 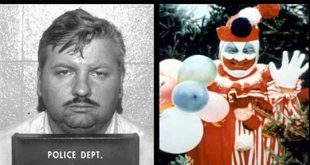