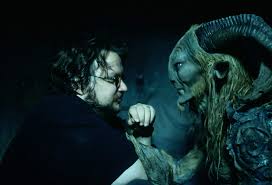 “When I was a very young child, about 2 years old, I woke up one night after watching an Outer Limits episode called ‘The Mutant’. I was so scared by it that I started to see green ants on the wall and monsters in my closet. That’s exactly the moment when I made a pact with the monsters. I told them “If you’re nice to me and let me go to the bathroom, I’ll devote my life to you” That’s the reason I started to do horror films.” -Guillermo Del Toro (horrordirectors).

Known for his impressive and moving work for Pan’s Labyrinth, Gulliermo Del Toro does monsters and fantasy like no one has ever before. Recently announcing at Spike tv’s video game awards that he is working on his first video game, inSANE, Del Toro is an artist that is in high demand. Here is a brief bio, what Del Toro has done and will be bringing us in the future. 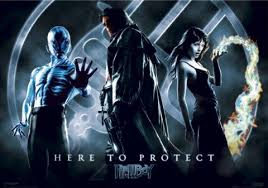 Guillermo Del Toro was born on October 9th 1964 in Guadalajara, Jalisco, Mexico. Del Toro studied at the Instituto de Ciencias, University of Guadalajara. He was first introduced to film making when he was 8 years old studying special effects and makeup with SFX artist Dick Smith.

He spent eight years as a special effects make-up designer and formed his own company, “Necropia”. He also co-founded the Guadalajara International Film Festival.

Del Toro has directed a variety of films from action hero comic book adaptations (Blade II, Hellboy, and Hellboy II), to historical fantasy and horror films. Both of which are set in Spain against the back drop of the Spanish Civil War. The Devil’s Backbone (El Espinazo Del Diablo) and Pan’s Labryinth (El Libertino Del Fauno) are set within the context of the Spanish Civil War under the authoritarian rule of Fransico Franco. These are among his most critically acclaimed works. Del Toro is friends with two other acclaimed Mexican filmmakers, Alfonso Cuaron and Alejandro Gonzalez Inarritu. Several of Del Toro’s films have included the actor, Ron Pearlman and he has contributed to the web series trailers from hell. 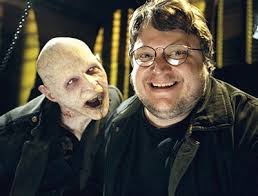 In June of 2009 Del Toro released his first novel, The Strain, co-authored by Chuck Hogan. It is the first novel in his vampire trilogy. The second novel, The Fall was released September 21, 2010 and the last part will be coming sometime in 2011. In October 2010, Del Toro was confirmed to be working on a video game titled, inSANE. inSANE will be a survival horror game developed by Volition Inc and published by THQ. inSANE will be availble for the PC, Xbox 360 and Playstation 3. It is set for a 2013 release date and and will be the first installment in a trilogy of inSANE games. Del Toro said of the game “With this new series of video games, I want to take players to a place they have never seen before, where every single action makes them question their own senses of morality and reality. THQ and Volition, Inc. are equally excited to make this vision of a completely new game universe into a reality.”

Del Toro is currently working on or is rumored to be working on numerous projects. The release of Don’t Be Afraid of the Dark is currently unfortunately on hiatus as the sale of Miramax by Disney has taken place. In April 2008 it was announced that Del Toro would be working on the Lord of the Rings prequel, The Hobbit, alongside Peter Jackson. Del Toro stated that “Contributing to the Lord of the Rings legacy is an absolute dream come true.” Del Toro originally planned to live in New Zealand for the next four years with his wife and daughters. As a result most of his other projects would be postponed, which included the next Hellboy and several other projects for Universal. In May of 2010 it was announced that Del Toro would be no longer directing the movies but would still contribute to the script.

After The Hobbit Del Toro was scheduled to work on four projects for Universal: Frankenstein, Dr. Jekyll and Mr. Hyde, a remake of Slaughterhouse-Five and Drood. In June 2009, Del Toro said he would only direct Frankenstein and just produce Dr. Jekyll and Mr. Hyde. Del Toro said his Frankenstein would be a faithful “Miltonian tragedy” At Comic Con 2010, Del Toro made a surprise announcement that he will co-write, produce, and likely direct a new version of The Haunted Mansion for Disney. Del Toro says the film will stray away from the comedic nature of the 2003 film and will revolve around the Hatbox ghost from the ride. It was also announced that Del Toro would be working on At the Mountains of Madness by H.P. Lovecraft for Universal Pictures with James Cameron.

When not busy lending his creative genius to film, Guillermo Del Toro is married to his high school sweetheart Lorenza Newton. He currently resides in Agoura Hills, California with his wife and two daughters, Mariana and Marisa. Del Toro is a recovering catholic, saying, “I believe in man. I believe in mankind, as the worst and the best that has happened to this world.” He is also a fan of first-person shooter video games, such as Bioshock and Half-life. He rigorously defends gaming stating, “video games are the comic books of our time… It’s a medium that gains no respect among the intelligentsia”‘

For a vast list of the films Guillermo Del Toro has contributed to vist: www.imdb.com/name/nm0868219/