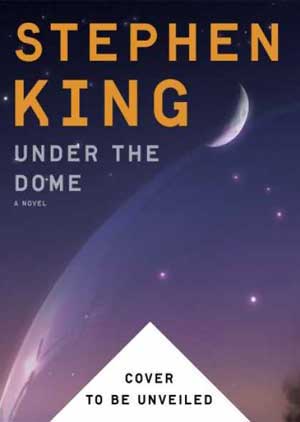 Stephen King. Some people love him and some people hate him. Some people claim he is one of the greatest writers of all time and read every single thing he writes. Others argue that he has very little talent and has never written anything remotely significant during his lengthy writing career. I personally have mixed feelings when the subject of Stephen King is brought up in conversation. While I’ll admit he’s written some great novels (Christine, Cujo, and Desperation come to mind, just to name a few), he’s also responsible for his share of stinkers as well (Such as The Girl that Loved Tom Gordon, Dumas Key, and what I consider possibly the worst novel I have ever read, From a Buick 8). If you are a fan or you aren’t, it’s hard not to admit that King has made one hell of an impact on the horror genre. Let’s face it, the man is a household name and it is hard to name another modern horror writer who can say that they’ve achieved his level of success. Even though I didn’t really care for the biggest majority of his newest novels, against my better judgment I picked up his latest, Under the Dome, and gave it a chance. While I enjoyed it for the most part I would be hard pressed to say that it was his finest work.

Under the Dome takes place in the small town of Chester’s Mill (which is located in Maine, of course ). Without warning an invisible dome lowers itself over the entire town one Saturday morning, trapping people inside and cutting them off from the rest of the world. Things go from bad to worse when the Chief of Police is killed and Jim Rennie, the Bible-thumping Second Selectman basically takes total control over the town. He puts one of his incompetent buddies in charge of the police force and deputizes a group of local redneck thugs (including his homicidal son, Junior) to make sure no one gets out of line. Under Rennie’s command it isn’t long before Chester’s Mill becomes a police state and is up to Gulf War vet (and short order cook) Dale “Barbie” Barbara and his small group of rebels to stop Rennie and figure out how to get rid of the dome.

I liked the premise of Under the Dome. It would be a hell of a predicament to be trapped in a small town with a group of violent, gun-toting rednecks running around doing basically whatever they wanted to whoever they wanted. The novel has a claustrophobic, ominous tone to it and I couldn’t help but feel for the characters as they tried desperately to escape their invisible prison. I think that the concept of having a dome appear over an entire town is a great idea and while the novel itself isn’t exactly what I would classify as horror it did frighten me none the less (possibly because I live in a small town and the idea of being trapped here with no way to escape terrifies the hell out of me).

Although the novel looks very thick and intimidating (at well over 1,000 pages) there is quite a bit of action and very little lag time. Early on when the dome originally comes down we are treated to all sorts of violent and disturbing occurrences. An airplane crashes into the dome (as well as numerous birds). A poor woodchuck is cut in half and a woman has her arm severed when the dome comes down on top of them. Several people drive their vehicles into the dome leading to many gruesome deaths featuring people flying through windshields and being crushed to death against the steering wheel. Just a few pages in Junior claims his first victim in an extremely brutal manner and the kindly Chief of Police is killed when he makes the mistake of touching the dome only to have his pacemaker ejected from his chest seconds later. Throughout the novel there are countless murders, suicides, accidental deaths, rape, a full-scale riot, and even an explosion to satisfy anyone’s bloodlust. There is very seldom a dull moment up until the end when it appears that King has just simply ran out of steam and wasn’t sure how he wanted to end it (which is the case with most of his works).

To say that there are a lot (and I do mean a lot) of characters would be an understatement. Even though there are times that it seems like there are way too many characters the one that really matter manage to stand out. There are a handful (such as Barbie, Julia, Rusty, and Junior) that are fleshed-out and realistic, but I think the most notable character is the story’s villain, Big Jim Rennie (just because he is one of those that you just love to hate). He is one of those types of people that calls himself a good Christian even though he sells drugs, murders people, and looks down on those he considers inferior (he reminds me of a former boss of mine, a money-hungry bitch who treated everyone like garbage but thought she could do what she wanted because she went to church on Sunday). Big Jim is one of those types of people you see sitting at the drive-though window with bumper stickers such as “Follow me to Sunday School!” and “Warning: In case of the Rapture this vehicle will be unmanned” on their vehicle while they cuss out the lowly McDonald employee for screwing up their order.

I’m pretty sure that at this point most readers are familiar with King’s writing style so I won’t dwell on it. The good news is that for this novel he thankfully doesn’t ramble on as much as he’s been known to in the past. In a lot of his works it has taken him 5 pages to describe someone opening a door (Always making me want to scream “Just get to the damn point already!”) more often than not it isn’t the case with Under the Dome.

I am on the fence about how I feel about the book. Was it good? Yes. Was it a literary masterpiece? No. Would I recommend it to others? Sure, you could do a lot worse. I think it would have been a lot better had he handled some things a lot differently (the explanation for where the dome came from is a bit silly and out there, it is never really explained why some of the kids starts having seizures and develop precognitive abilities, Big Jim’s fate is half-assed and just plain stupid considering the fact he is a pivotal character, the way they finally get rid of the dome is ridiculous and the ending is just totally and completely antic-climatic). While it is not the best thing he has ever written it certainly isn’t the worst, so if you’ve got the time to devote to it check it out (or just wait a few years as I have a feeling that it will eventually be an ABC miniseries directed by Mick Garris).

Tags Stephen King Under the Dome