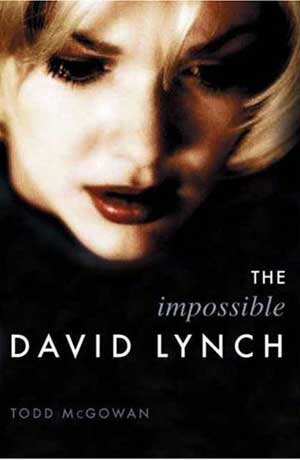 Author Todd McGowan takes a bold move. For anyone, deconstructing David Lynch’s films into analysis, reason and philosophy is quite an undertaking. Though as we quickly find it’d todd’s love for his work that fuels his deep analysis. Lynch is well known for his complex thinking and visual charisma of nothingness that he employs on screen. For audiences a disconnection / connection is a constant stream that leaves many in a state of confusion or just simply with weird visions that either sink in, fly overhead or change folks view completely of cinema.

This aspect is what compels entire books written on his film collection, his personality and his creations. While they seem separate at times they are all branches that grow off of the same tree. Lynch has an ability to influence thought which is his greatest gift of all. The book takes a deep look at these little creatures that Lynch has created. Author McGowan is of obvious film analysis background as his pages are not entirely consumer friendly if at all. In a way this book is a 2 way street to discover Lynch and figure out what Mcgowan is about in his essays He goes on to introduce to the cinematic break downs way before we actually get into Lynch’s materials. While they are thought provoking, I felt more like I was studying for a test on film analytics more than getting to the core of what I came for. So introductions are nice, but in this case not my cup of tea. Mcgowan states Lynch creates a speculative identity. In the act of speculative identity the subject grasps its connection with what it cannot encompass. This goes on to more mind puzzles such as “the subject recognizes that the limitations on its understanding is in fact integral to its very ability to understand.”

While trying to sum up the parts of its while, he insists that what makes Lynch so unique is his remarkable talent for making mainstream too mainstream. This sense of so ordinary becomes almost fantasy in itself on how we interpret it on screen. This of course comes form a lifetime of seeing films and expecting certain thing from them. Lynch throw us into a fantasy world that plain and yet disconnected at times. Whether his characters comes across abnormally mundane or bizarrely plain to the point of uncomfortable situations it’s all there. Longly avoiding the traps of pure mainstream Lynch does things on his own terms, which either connect, or push us away with storylines which seem to morph along the way.

As McGowan begins by a heavy analysis of “Eraserhead” he suggests that we as the audience look for the clues of the real narrative. My impression is that while some instances are truly well thought and well placed, other are just the peculiarity of the directors style, meaning, bland and absent. Though lynch embraces this aspect which also is a tribute to his artistry in film. The rules are thrown out the window almost as if Lynch has never seen a film in his life. From this comes his ortiginality whether you liek it or not. Mcogwan recognizes these aspects fully. But at some poitn I was asking myself is that reall that involved or just the way it is?

As I plunged forward I skipped certian chapters delaing with films I wasnt a fan of. “elephant man” for one. not becuase it wasnt a great film, but beacuse its not the Lynch style I adhere to, simply enough. “Dune” was both great, too long and hard to comprehend even after numerous viewings. Again not real Lynchian but more a literary piece that has too many moving parts.

“Wild at Heart”….now we’re talking. So Lynchian and yet cute, quirky and freaky. Mcgowan points out the obvious “Wizard of Oz” relationship but also digs deeper into the relationship between Lulu and Sailor. As written, the world around them is harsh cruel and evil, while the 2 of them live within ther own shared fanstasy that blankets the reality around them. Even within this fantasy we are exposed to events which suggest that the evil they shroud away from can puncture that world thru suggestive comments that suggest they are not alone. quite a ride of ying and yang on this one, that deserves a real hard look.

“Impossible David Lynch” is an appropriate title for such obscuirity. Todd Mcgowan has really taken more time than most would to analyze and in some cases over analyze the work of Lynch. With the book being published in 2007 it doesn’t include his newest works, though it is more than adequate. We get.. in my mind, a complete essay approach to Daiv dLynch’s freatest works to date. Title suich as “Wild at Heart”, “Lost Highway”, “Mulholland Drive” and others are given the respect they deserev with a needle sharp insight. I sometime swonder if Lynch reads these book and nods his head in a “ya he gets it manner” or actualy is re-educted on how his work is perceived. A well written book combining thoughful Lynch essays for the thinkers and film fanatics!