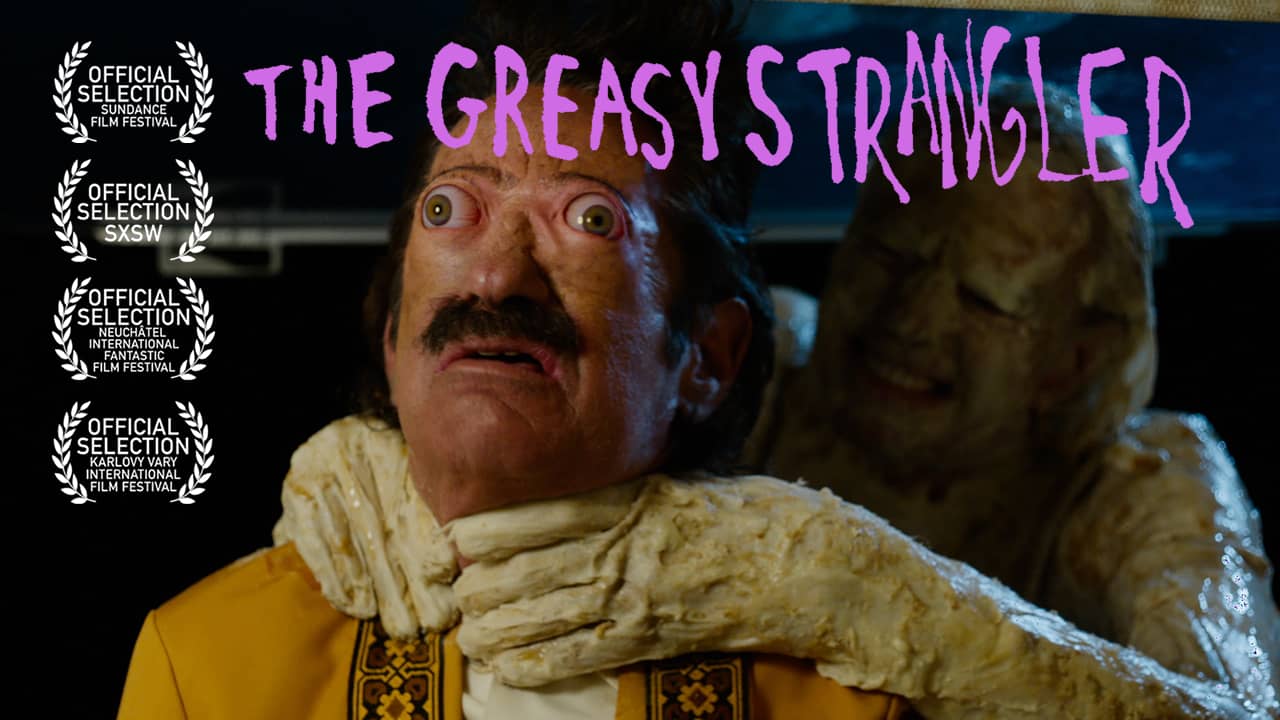 Ronnie runs a Disco walking tour with his son, Brayden. When a sexy woman takes the tour, it begins a competition between father and son for her love. It also signals the arrival of an oily strangler who stalks the streets at night.

I love films. I love all kinds of films, of all genres, in all languages. I love good films, I love bad films, and all films in between. Obviously my favorite film genre is horror, but I sincerely enjoy all film genres. But I have a special affinity for bad films, and by bad I don’t mean universally panned films like Freddy Got Fingered (2001). I mean films like Plan 9 From Outer Space. One of my favorite films of the 90’s is called The Dark Backward (1991 to be exact), and it is not only bad, but it’s weird – really, really weird. I’m not gonna try to explain it to you, suffice it to say that it’s about a failed stand up comedian that lives in a strange alternate universe who just happens to have a third arm growing out of his back. It’s a terrible film, but in my opinion, the only thing it’s truly guilty of is trying too hard to be different. There’s only so much weirdness you can comfortably fit into a 90 minute running time, and David Lynch’s Eraserhead (1977) pretty much wrote the book on making weird movies good, so why try? Herein lies the problem with the debut feature from director Jim Hosking, called The Greasy Strangler. It takes one weird concept, and beats its audience over the head with it repeatedly until they either pass out from boredom, or give in to its one joke and praise it. 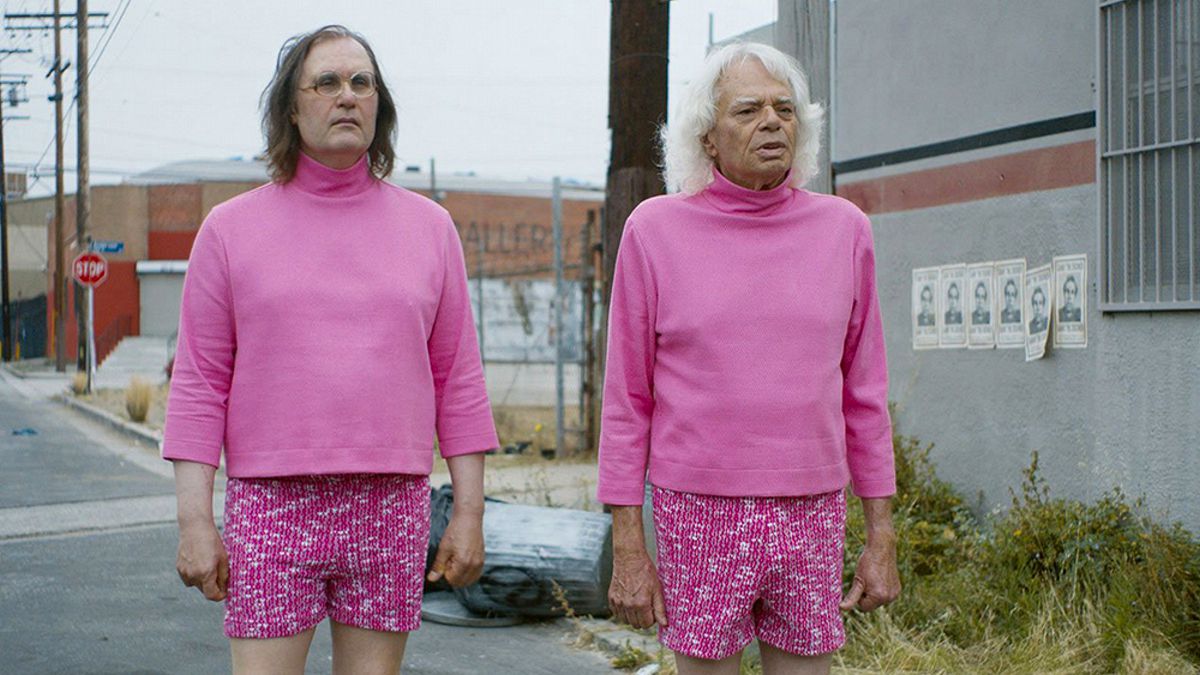 Middle aged Brayden (Sky Elobar) still lives with his mean tempered father Big Ronnie (Michael St. Michaels) in what seems to be a near deserted city where they make their living giving “Disco Tours” of dilapidated areas where musicians of the disco era either lived or performed. Their day to day lives consist of giving these tours, and going home to eat and watch television together. But Ronnie has a certain way he likes his food prepared, he likes it to be smothered in grease – gobs and gobs of grease. Coincidentally, people are being randomly murdered by someone the press has dubbed “The Greasy Strangler”, and Brayden has come to the realization that the murderer might be his father, but how can he prove it to the police and to his ex girlfriend, Janet (Elizabeth De Razzo), who Big Ronnie has seduced away from Brayden? 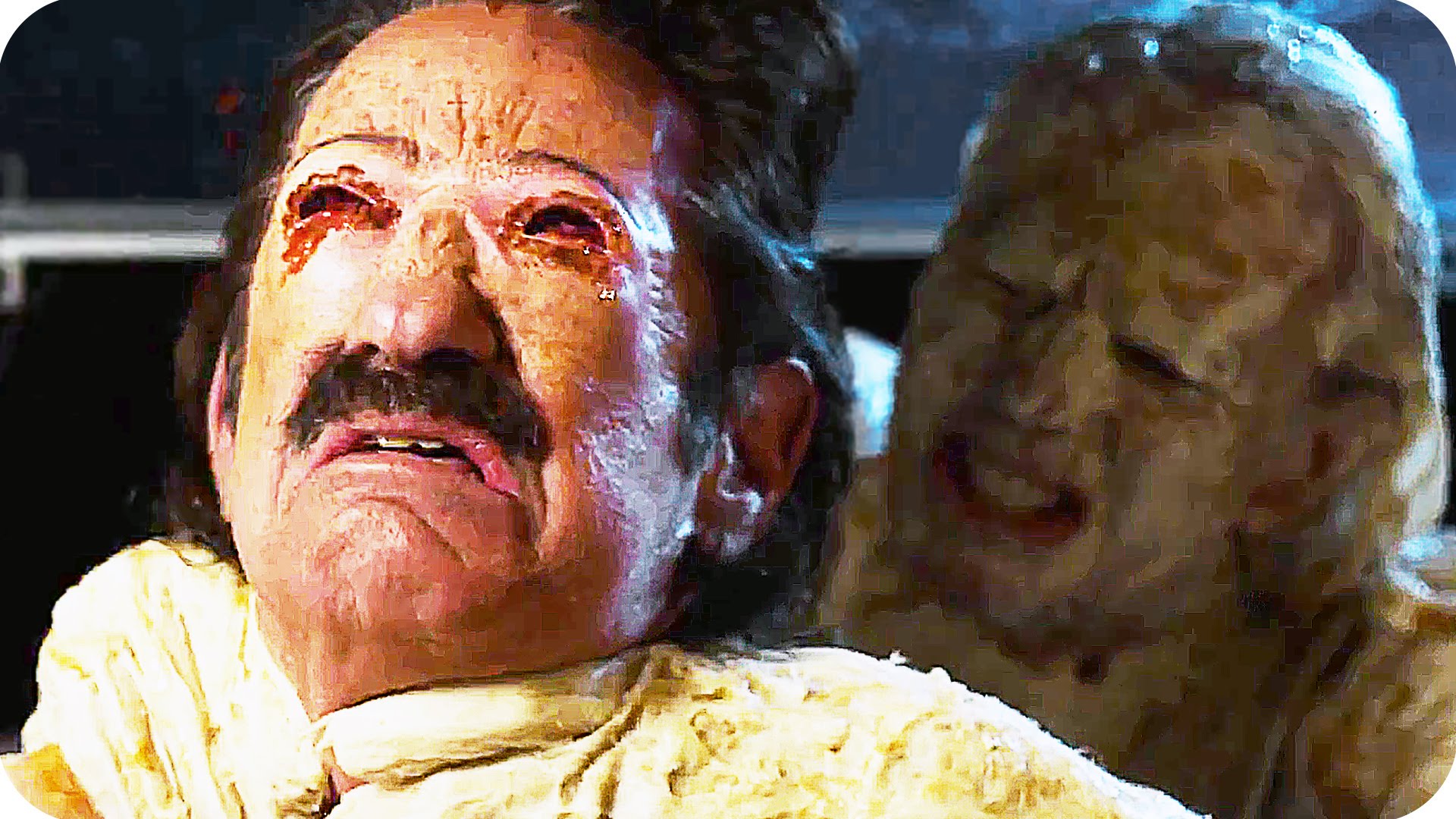 The Greasy Strangler pretty much gives you everything it has during its first few minutes which feature nudity, food, ugly clothes (worn by ugly people), and silly nonsensical dialogue. After that, it remains content to just repeat all of these unappetizing attributes over, and over, and over again. There is no variation to the gags, nothing to relieve the monotony of seeing food slathered in grease and unattractive nude people performing in some really unattractive sex scenes. The jokes in this film fall flat immediately, but they’re repeated ad nauseam regardless, as if the audience will eventually laugh at the film makers tenacity by repeating the jokes over and over. If you can sit through the first 10 minutes of this mess, then it’s OK to get up and leave, you’ve pretty much seen everything the entire film has to show you. There isn’t even a lot of violence on display here either, save for two scenes during which victims are strangled so hard that their eyes pop out of their heads. But besides that, there isn’t too much actual strangulation going on during The Greasy Strangler.

At the very least, I can say that the performers here seem to be fully committed to their roles, but that really isn’t saying much since everyone in The Greasy Strangler is about as annoying as annoying can be. The film’s three main characters Brayden, Big Ronnie and Janet weren’t written to be relatable to any audience I can think of, although Hosking (who co-wrote with Toby Harvard) ties mightily to give Brayden a character arc of some kind. I guess films like this aren’t looking to wow audiences by giving them a lot to think about, but this film is so damned strange and unfunny that I wonder exactly what it was trying to achieve in the first place? It does look professionally shot though, but that’s faint praise because all that means is that we can see how ugly everything is very clearly. The music is about the only thing that’s memorable for me in The Greasy Strangler, but I don’t mean that in a good way. Andrew Hung’s score is comprised of what sounds like the mad noodlings of an annoying eight year old who ingested way too much sugar and helium at his birthday party, but it’s strangely catchy at the same time. 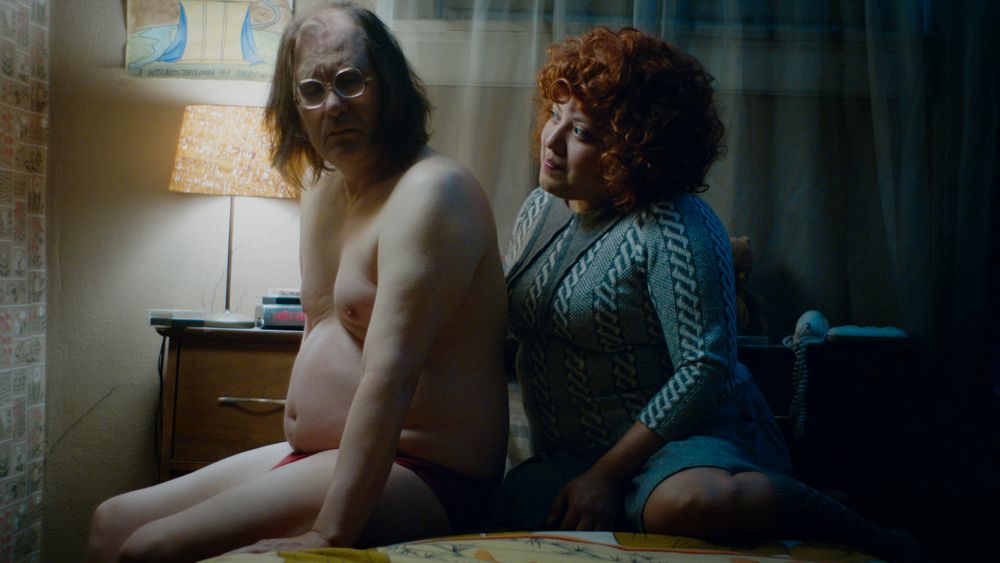 I know there are people who are going to see The Greasy Strangler and come away impressed with it. Exactly why they’d be impressed is a question I’m not smart enough to answer, but I’m not here to knock anyone for their opinions, I’m just here to give you mine. So if you woke up with a hankering for a film that features strange people wearing skin tight, pastel colored hot pants (or wearing nothing at all), that eat sausages swimming in grease as they yell inanities at each other while they prance around in the nude (wearing prosthetic genitalia), then The Greasy Strangler might just be for you. But I hesitate to recommend it to those of you who are looking for just that in a film as well because in all honesty, you probably don’t realize how genuinely terrible this is. I’ve no problem with a film trying to be strange, but I do have a problem with a film that doesn’t know that it’s trying way too hard to be strange, and failing completely. And that’s exactly what The Greasy Strangler is. 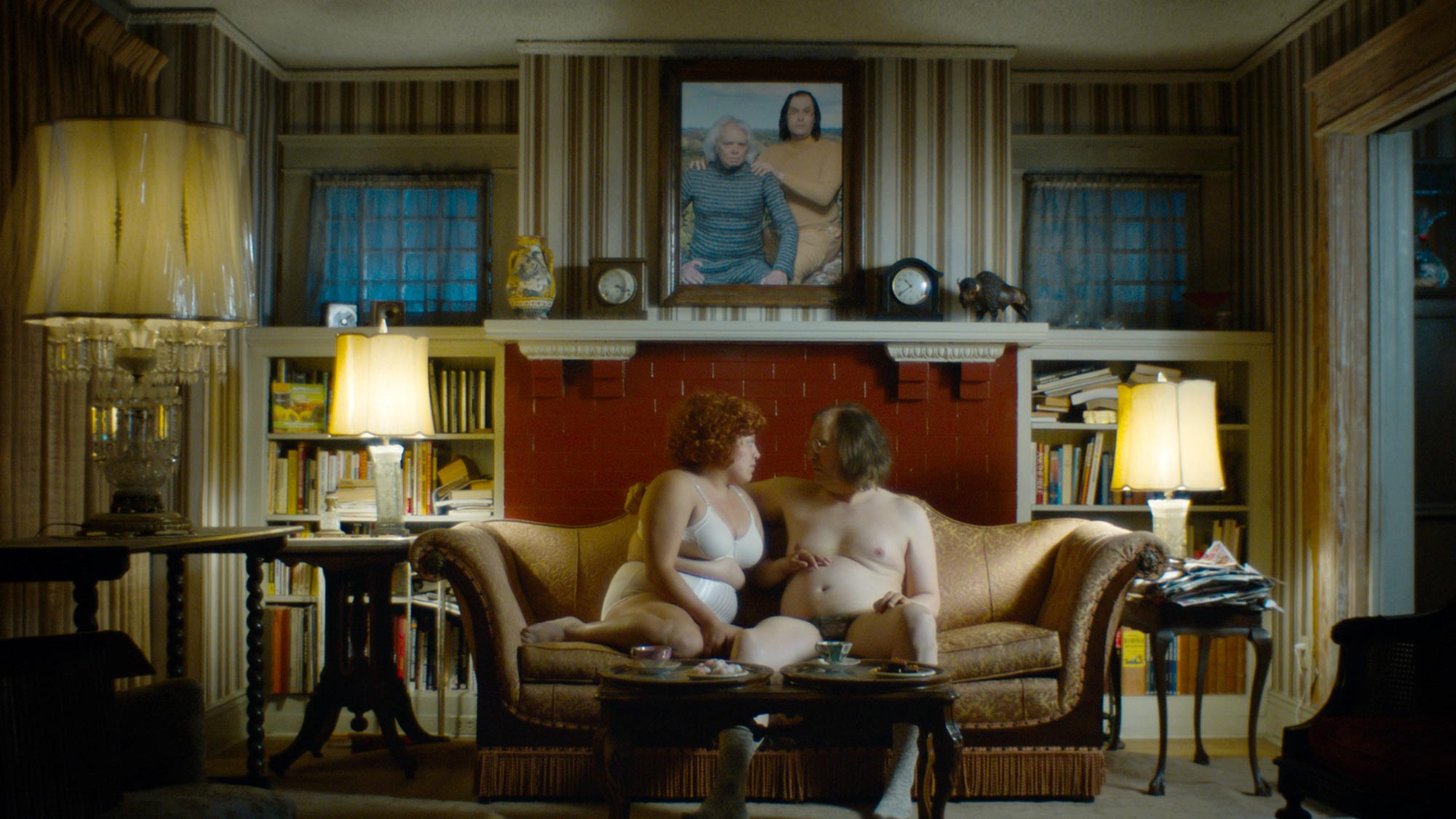