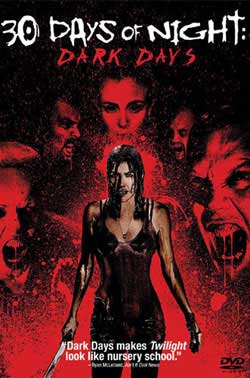 After surviving the incidents in Barrow, Alaska, Stella Olemaun relocates to Los Angeles, where she intentionally attracts the attention of the local vampire population in order to avenge the death of her husband, Eben

If you love vampires or just love to see women toting guns a la Linda Hamilton in T2, then boy is this the movie for you. For a sequel and a direct to dvd release this is not a bad entry. Entertaining with a fair amount of blood and good performances by a bunch of seasoned actors help make this rise above the usual trappings of low budget movies.

About a year has passed since the incident in Barrow, Alaska, and we find Stella (Kiele Sanchez of the new hit t.v. series “The Glades”) on the book tour circuit giving lectures and trying to convince people of the existence of vampires. Of course no one believes her and she gets ridiculed and laughed at. That is, until she decides to turn on some powerful ultraviolet lights in one of the lecture halls. Seems a few vampires love to catch her talks as well. It’s actually a very cool scene as mass panic ensues while a couple of vampires are promptly burned up, screaming and wailing all the way to their demise. Wish I had had a few lectures like that when I was in school.

Stella is promptly arrested and investigated by none other than the FBI. Well, one agent in particular who seems a little too interested in what Stella has been up to lately. She is released and when she returns to her hotel room she is greeted by two guys and a girl whom not only have had similar experiences to hers, but are waging a war on the vampires. Paul (Rhys Coiro of “The Unborn”), Amber (Diora Baird of “The Texas Chainsaw Massacre: The Beginning”) and Todd (Harold Perrineau of “28 Weeks Later) are armed to the teeth and convince Stella to join them. She is skeptical at first until a vampire attacks. Remember the good ol’ days when all it took was a stake to the heart? Who needs that when you can pump upwards of twenty bullets through the vampires head? It is quite the over the top kill but gives you a pretty good clue as to what will follow.

So our quartet sets out into the night of Los Angeles. They are after the head vampire Lilith (Mia Kirshner of “The Black Dahlia). Seems the vampires are organized much like a gang or the mafia. The idea is that if you kill the leader, the rest will fall into a state of disarray and become less powerful. Who knew?

Aiding their quest is a vampire named Dane, who is somehow able to hold off the allure of the dark side and not turn full fledge. He does still have to feed and keeps his refrigerator stocked with donor bags of blood. They use his house as sort of a base camp, even torturing another vampire for information there.

This movie moves along briskly and there isn’t much down time between all the killing. The acting is really good as is the directing. It was interesting to see so much gunfire in a vampire movie. But not to fear, there is death by machete, tried and true sunlight and one very large cinder block.

The plot is serviceable with no real twists to speak of. Things play along as you might expect although some people are killed at unpredictable times. Kiele Sanchez is great as Stella, the woman hell bent on revenge. She knows how to handle any weapon thrown her way and is tough as nails. Not bad for someone who in the beginning through voiceover claims that she was never looking for a war.

If you’ve never read the comics then you’ll probably like the film as you won’t really have any preconceived notions going in. For a direct to dvd movie, this one will keep you entertained and in that case it serves its purpose well. 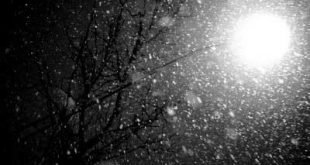 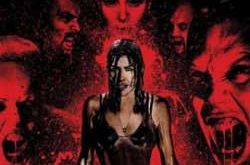 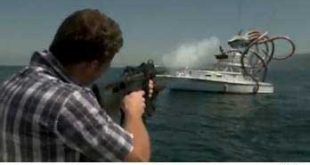