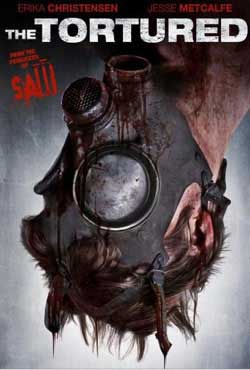 An upper-middle-class couple’s life is destroyed when their only child is kidnapped and killed. Obsessed with revenge, the couple seizes an opportunity to kidnap the killer

With all the types of torture films coming out today, it was only a matter of time before we were approached with a more “suburban family goes on a rampage” version. What is different here is that this film feels on the most part like a Mel Gibson style film. What I mean by that is we have the typical loving family model ….young, with child and seemingly doing ok for themselves. Then psycho child abuser Bill Moseley comes along and just steals the child right out of their front yard.

Before you get the wrong idea here, Bill Moseley plays his role like a pro to an almost too realistic character by the name of John Kozlowski. John has issues much in the way that Ted Bundy or Gacy had issues. He kidnaps children, and then does as he pleases ending in murder and disposing of the bodies. John is also not too smart. He has had a pretty good run but has gotten to the point where being overly secretive just doesn’t matter anymore. The Landry’s who are hot on the trail of locating the abductor keep on this pretty regularly resulting in John’s capture.

The whole first act plays out in this dramatic, “find the killer” style of film that keeps you asking yourself..ok where is the torture the title is boasting. Well don’t get too comfortable as the Landry’s have other ideas for John when they find out he is sentenced to 25 years to life which could mean he gets off in 10. Almost in an ackward fashion they pull off a heist capturing poor old molester John and chaining him in the basement.

Ok, this is when things really start to get interesting. With their son now dead because of this man, they set out to make him pay by inflicting serious pain inducing torture to him as he lies chained to a table. The couple Elise (Erika Christensen) and Craig (Jesse Metcalfe) have it all planned out but also start their revenge exercises with a bit of reluctance. Without going into all the details, John the killer pays for his crimes to the benefit of the viewing audience. Also suggesting that the idea of torture is within anyone, even the neighbors next door. We still feel for the Landry’s and almost enjoy there vigilante justice performed by their own means and confine. It also helps that Craig works at a hospital, which means he knows a few tricks about prolonging consciousness and keeping John from passing out.

What you get with “The tortured” is plenty of drama and plenty of “revenge on the bad man” satisfaction. The idea might ring closer to home for more than a few viewers who have been thru tragic circumstances at the hands of another person. The only problem I had was the ending, in which I “think” I got, but was a little confusing. I wont give it away, but you might find yourself rewinding it a bit.

The films was directed by Robert Lieberman who is sort of a superstar of directing edgy TV with tons of credits to this name. Horror viewers will really dig this off key approach to the torture p*rn industry and seeing our favorite horror star Bill Moseley sweat it out with plenty of believability. Bill was a perfect choice for this role not because he’s child molester material, but because he really grabs his roles with conviction and makes the part. This film may be the new surprise hit for unexpecting suburban viewers who take a chance over at Blockbuster.