Marketing Journey: Holes In The Sky: The Sean Miller Story

This is the marketing journey of Ash Hamilton’s film, Holes In The Sky. Last year, I was lucky enough to join Ash on his journey as he brought me on as one of the film’s producers.    I’ve outlined our marketing journey for this fantastic movie with tons of media coverage through 2021 and 2022.   Our flagship websites Horror-Fix and Horrornews.net lead the charge with the help of Marketing Macabre partner horror media outlets, Horror Society, Dread Central, Horror Patch, Horror Fuel, The Horror Times, Britflicks, Horror-Asylum, Horror Screams Video Vault, The Slasher App, and many others.

If you have a film and would like Marketing Macabre to carve out a similar path, please contact Michael Joy at joyhorror@msn.com for a consultation. 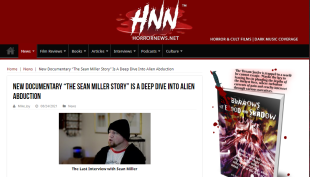 The Last Interview with Sean Miller

The following interview took place April 16th, 2020 in a rural area of Central Illinois, presumably in the Miller family home. Originally an audio interview, the digital content of the file became corrupted and unusable during a common audio compression process. The succeeding transcript, recently made available to HorrorNews.net, is all that remains of that question and answer session. – Read more 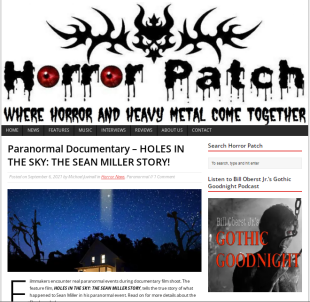 Filmmakers encounter real paranormal events during documentary film shoot. The feature film, HOLES IN THE SKY: THE SEAN MILLER STORY, tells the true story of what happened to Sean Miller in his paranormal event. – Read more 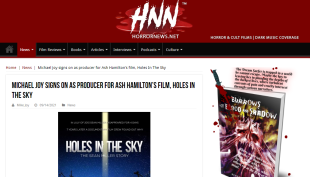 September 14, 2021 – Michael Joy signs on as producer for Ash Hamilton’s film, Holes In The Sky

Ash, a former host of the internet based podcast The Parafactor has spent years researching the stranger side of the internet. When, like most of the world, COVID interrupted the Hamiltons’ plans to make their first feature film under their Horror-Fix brand, Ash turned to his lifelong interest in the paranormal to begin his next project. – Read more 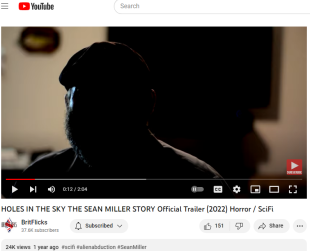 October 12, 2021 – Britflicks posts the official trailer for Holes In The Sky (currently at 24k views and counting)

The film, “Holes in the Sky: The Sean Miller Story” is a 2021 feature film exploring a documentary film crew’s efforts to make a movie detailing the 2013 alien abduction of Illinois resident Sean Miller. A five-day shoot turns into a life-changing experience for everyone involved as events spiral out of control. – Read more 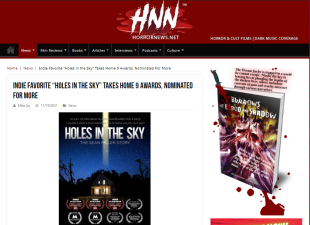 As the 2021 festival season draws to a close, feature favorites are tallying their awards and clearing a space on their shelves. 2021’s “Holes in the Sky: The Sean Miller Story”, has seen it’s fair share of success. An official selection at 13 festivals, Holes has now went on to collect 9 awards – Read more 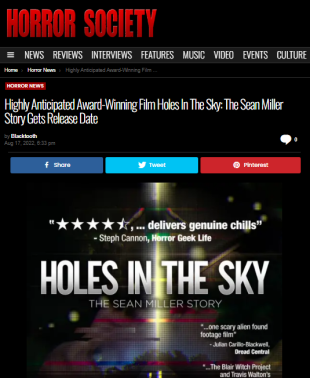 With over 20 Official Selections and 18 Awards earned over the 2021-2022 festival seasons, multiple Best Feature Winner “Holes in the Sky: The Sean Miller Story” finally announces its official release dates. Distributed by Deskpop Entertainment (13 Fanboy), Holes in the Sky will officially hit On Demand and DVD November 1st 2022 with additional streaming releases scheduled to begin in early 2023. – Read more 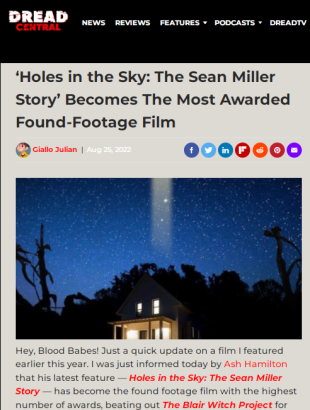 August 29, 2022 – Holes in the Sky: The Sean Miller Story beats The Blair Witch Project for Most Awards Won for a Found Footage Film

“Holes in the Sky: The Sean Miller Story” has just hit 19 award wins which makes it the most awarded found footage film in history beating out “The Blair Witch Project” for the victory. The award wins took place during the 2021-2022 festival seasons. – Read more 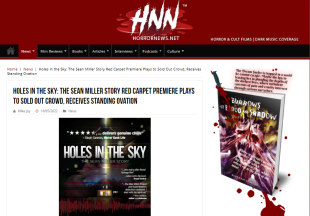 Springfield, IL residents were treated to the hometown red carpet premiere of Horror – Scifi Thriller Holes in the Sky: The Sean Miller Story Friday September 30th. The film played at the LRS Theater in the Hoogland Center for the Arts. The theater, which seats over 400 people, saw a full house Friday night, packing the venue with local residents and out-of-towners excited to see the locally made, critically acclaimed film. – Read more 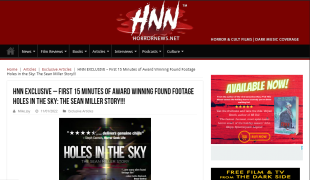 To celebrate the November 1st VOD release of the multiple award winning found footage film Holes in the Sky: The Sean Miller Story, horrornews.net has been given exclusive access to the first 15 minutes of the film to share with our audience. – Read more 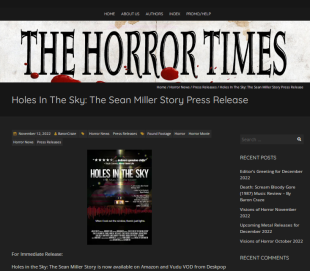 Holes in the Sky: The Sean Miller Story is now available on Amazon and Vudu VOD from Deskpop Entertainment.

The movie, written and directed by filmmaker Ash Hamilton has garnered an impressive 24 awards on its festival run, making it the most highly awarded found footage film of all time, surpassing 1999’s The Blair Witch Project. – Read more 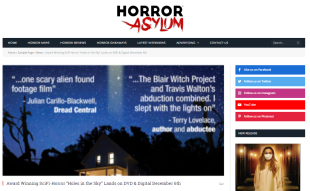 Festival favorite Holes in the Sky: The Sean Miller makes its way to DVD, Digital and additional VOD platforms this Tuesday, December 6th. The film, which garnered more awards than the Blair Witch Project, has been on Vudu and Amazon since November 1st but now finally makes its way across not only more VOD platforms, but also finds its way to DVD through major retailers such as Walmart, Best Buy, Barnes & Noble and more! – Read more 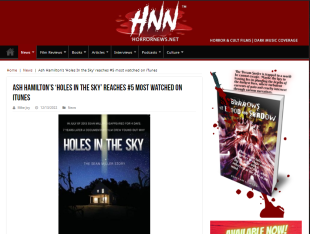 Ash Hamilton’s award winning Holes In The Sky reaches #5 on iTunes most watched list. This film holds the honor of being the most awarded found footage film on all time, beating out The Blair Witch Project. – Read more

This is proof that a good marketing strategy really works.  We are currently working on a plan to extend the press for Holes In The Sky into 2023. 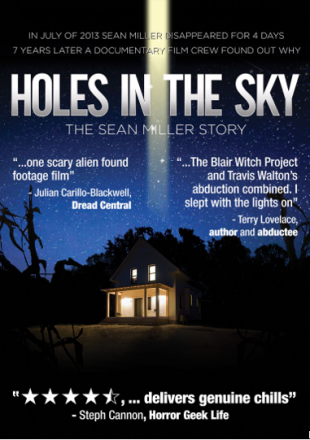 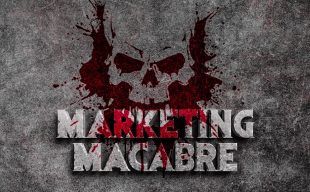 Marketing Macabre – a horror public relations company created to give independent filmmakers an affordable alternative. We focus on the importance of publicity to gain momentum and we work with some of the biggest genre websites in the world. Our mission is to get your project in front of your audience, the horror public – the most devoted fan base in all of entertainment.