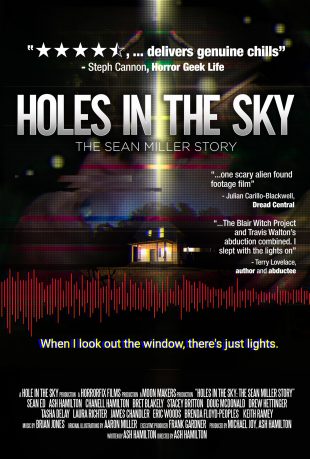 To celebrate the November 1st VOD release of the multiple award winning found footage film Holes in the Sky: The Sean Miller Story, horrornews.net has been given exclusive access to the first 15 minutes of the film to share with our audience.

The movie, written and directed by filmmaker Ash Hamilton has garnered an impressive 24 awards on its festival run, making it the most highly awarded found footage film of all time, surpassing 1999’s The Blair Witch.

Distributed by Deskpop Entertainment, Holes in the Sky was released today on both Amazon and Vudu (links below)

Further VOD releases are scheduled for December 6th on Apple and other platforms as well as DVD/Bluray.