The Man With the Magic Box: Out on DVD & VOD April 4th
Bobo Kox’s Time-Travelling Sci-Fi Thriller Is a Playful, Thought-Provoking Tale 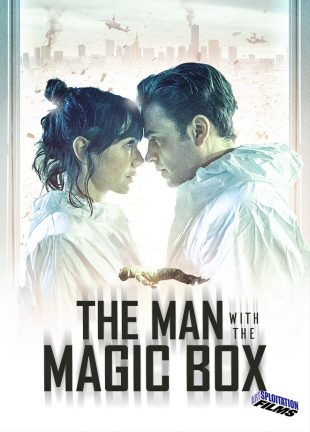 Peppered with references to such classics as Blade Runner, Brazil and even Men in Black, and influenced by such European classics as Godard’s Alphaville, Melville’s Le Samurai and Tarkovsky’s Solaris, The Man With the Magic Box is certain to delight seasoned film lovers as it tells it vivid tale of a young man trapped in the future.

This award-winning Polish tale (with English subtitles) from Bobo Kox will be released on DVD and VOD April 4, 2019.

Synopsis: This Orwellian sci-fi thriller is set in the dystopian future of 2030 Warsaw. A man wakes up without any memory of his previous life. He is assigned an apartment and a job as as a janitor in an office building. But when he finds an old radio from the 1950s, it triggers mysterious visions of another past life. As he tries to piece together his past identity with the help of his beautiful but aloft boss, he runs afoul of a totalitarian government willing to do anything to stop him. A beguiling sci-fi love story that is at turns bleak, absurd, unsettling, and oddly affecting.

The Man With the Magic Box – trailer from artsploitation on Vimeo.

Order The Man with the Magic Box on Amazon 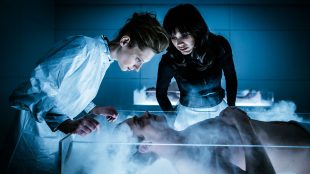