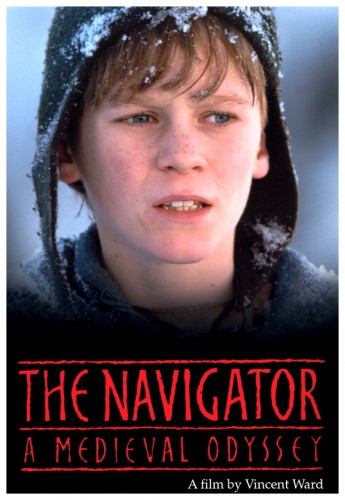 SYNOPSIS:
“A young boy in 14th century Cumbria (north of England) keeps getting visions he cannot explain. His village has so far been spared from the black death, but the villagers fear its imminent arrival. With the boy as their guide, a group set out to dig a hole to the other side of the world, so as to fulfill the visions and save the village. At the ‘other side’ is 20th century New Zealand!” (courtesy IMDB)

REVIEW:
The different subtitles given to The Navigator (1988) since its release suggests the problem in classifying this film as belonging to any particular genre or, indeed, any genre at all. Its original subtitle – A Medieval Odyssey – was replaced with An Odyssey Across Time for the American release, then changed again to A Time-Travel Adventure for the DVD release. The original subtitle holds no suggestion of science fiction and it is clear that, for the American market, the generic undertones in the form of time-travel needed to be played up. The Navigator is certainly a time-travel adventure – of sorts. Director Vincent Ward‘s talent for creating haunting visual poetry is on full display in this film about the healing power of dreamers. 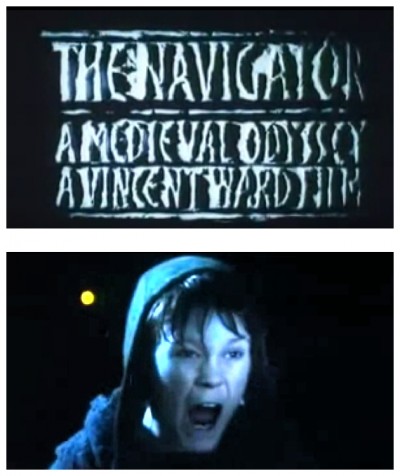 With its focus on the visions of the young boy Griffin (Hamish McFarlane), the film depicts the journey of a group of men from 14th-century Cumbria to 20th-century New Zealand. They achieve this astonishing feat with no more technology than an ‘engine for digging rock’ that allows them to tunnel through to the other side of the world. This is not depicted in any realistic manner, since they believe the Earth to be flat, all they have to do is dig through a crust of rock and soil to get there. They carry a cross with them, an offering they must deliver to the great cathedral in order to save their village from the Black Death. The idea for the film originated when Ward attempted to cross a wide German highway and became stranded in the middle, inspiring Ward to imagine what it would be like for a medieval person to find themselves in such 20th century First-World problems. 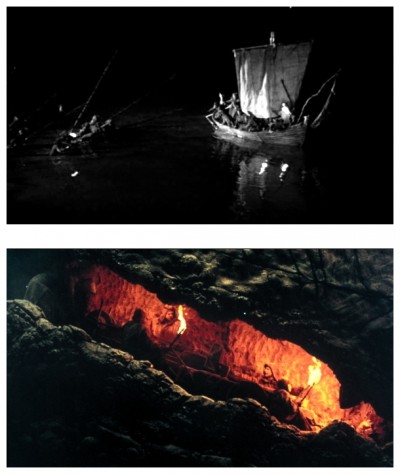 He was also inspired by a report about two Papua New Guinea tribesmen who briefly visited an Australian city, as well as the childhood myth of digging through the Earth and coming out the other side. Ward’s first script attempt was actually a broad comedy about warrior gnomes from an ancient world, traveling through time to view modern life in a way which makes it seem strange and fresh, as if seen for the first time. Ward also draws several analogies between naive New Zealanders and the medieval characters in the film (“Many New Zealanders going overseas for the first time are trusting and almost medieval in their outlook…”) and compares the villagers attempt to fend off the plague with New Zealand’s ‘Nuclear Free’ policy and its consequences, in particular the bombing of the Greenpeace ship Rainbow Warrior by French agents. In both cases a small community attempts to determine its own fate in the face of a larger power. 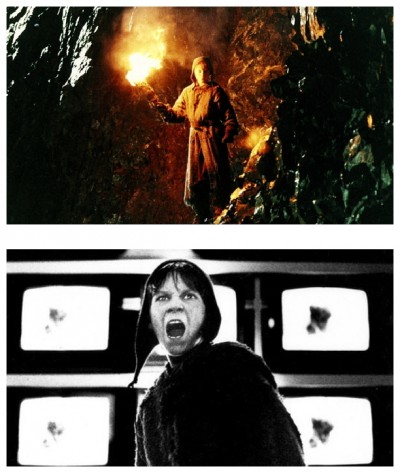 The 14th and 20th centuries also seem to have a lot in common, like large-scale wars and terrifying disease but, despite its various analogies, Ward insists that the film has no particular message to convey (“It’s an adventure story. I don’t want to seem too heavy, basically it’s about some people burrowing through the Earth…”) but if there is a single underlying theme, it would have to be the importance of faith, the basic need to maintain belief in something, no matter what. The journey from the ‘evil’ of a land beset by the plague to the ‘goodness’ of the future is represented by a transition from black-and-white to colour film stock, yet the modern city they reach is a terrifying and awe-inspiring vision seen through the eyes of these time-travelers, and they are driven to the point of madness by all they see. 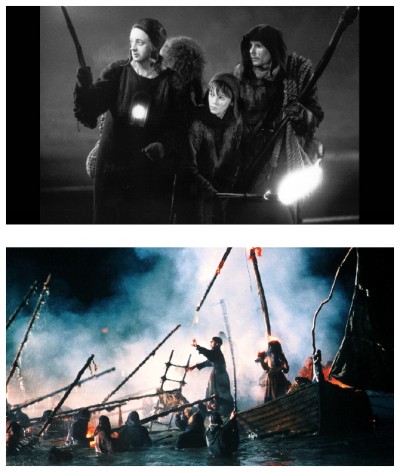 A key scene that draws parallels between the Black Death of the Middle Ages and the AIDS epidemic anchors the meaning of the story, just as the travelers are anchored by the cross they carry. The fact that this cross perfectly fits the church they find waiting in the city does suggest, however, that it is perhaps a little too perfect a vision. Indeed, the revelation that it is all a dream, a story that Griffin relates as they wait out the night in a mine, may be a little frustrating for some viewers. Whether these events occurred in actuality or within the realms of imagination should, though, be irrelevant. The focus is on characters who are drawn with economy and grace, and the film is shot with sparse beauty against the night sky and the great city. In the end, it hardly matters that time travel is merely a parable. 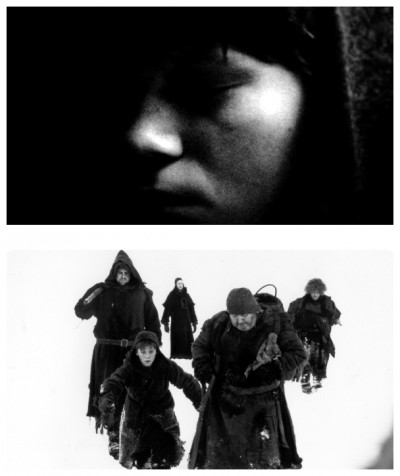 The Navigator involved an extensive amount research into the Middle Ages, particularly medieval and renaissance artists’ interpretations of heaven and hell. The colours of the film are based on paintings of the period: The blues in the modern-day sequences are based on the artwork found in the original prayer book Très Riches Heures, while the reds and oranges evoke images of hell by Hieronymous Bosch, Pieter Bruegel and Matthias Grunewald. The mining scenes were inspired by engravings from the German mining manual De Re Metallica, and the angel of death seen flying across the moon is based on a medieval engraving in a Parisian cemetery. Despite these incredible achievements, Ward was disappointed that he was unable to do everything he wanted to with the colour of the modern-day scenes due to the film’s short shooting schedule. 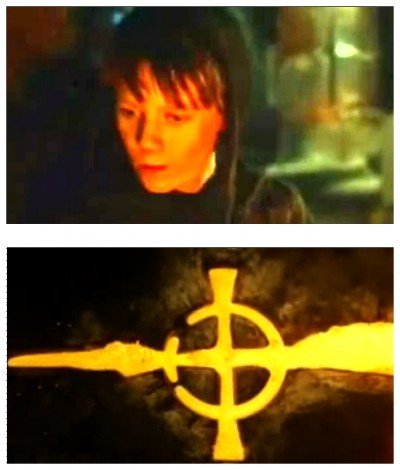 The filming of The Navigator was extremely difficult due to the elaborate nature of some of the shots, the remoteness of the locations, and Ward’s own perfectionism. Furthermore, it was only a ten-week shoot and most of the filming was done at night. Werner Herzog, known for making extremely difficult films, heaped praise on The Navigator, but Ward promised never to make another film like it, simply because such projects prove far too grueling for everyone involved. In this particular case though, it may have been worth the hassle, garnering a swag of New Zealand Film & Television Awards including Best Film, Best Director (Vincent Ward), Best Actor (Hamish McFarlane), Best Supporting Actress (Sarah Peirse), Best Supporting Actor (Noel Appleby), Best Cinematography (Geoffrey Simpson), Best Editing (John Scott), Best Film Score (Davood Tabrizi), Best Production Design (Mike Becroft), and Best Original Screenplay (Vincent Ward, Geoff Chapple, Kely Lyons). 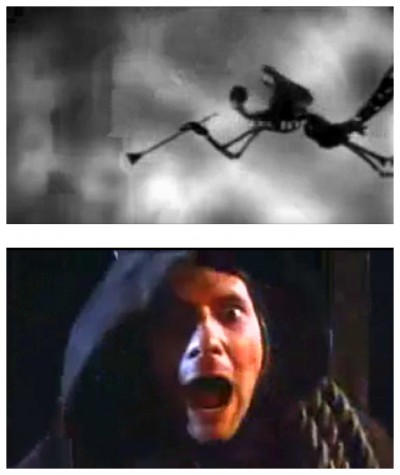 On the strength of The Navigator, Alien (1979) producers Walter Hill and David Giler hired Vincent Ward to direct the next film in their famous franchise. Alien 3 (1992) had a very difficult birth, with various screenwriters and directors coming and going, and shooting began without a finished script. Screenplays by William Gibson and David Twohy were written and thrown away, leaving Ward to write the script himself. The story by Ward had Ripley’s escape pod crash landing on a monastery-like satellite, its interior both wooden and archaic in design. Ripley’s own soul-searching is complicated by the seeding of the alien within her and hampers her attempts to defeat it. Deep into pre-production, Ward was replaced at the last minute by newcomer David Fincher and, although still credited as writer, little of Ward’s world remains in the final film. 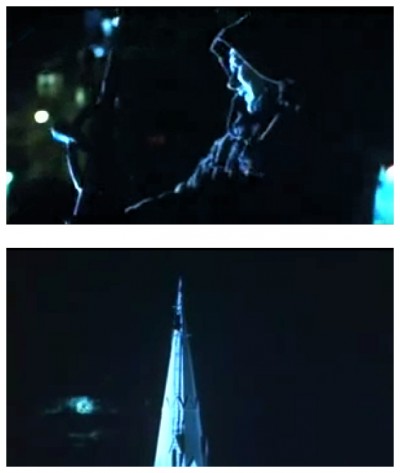 Despite his writing credit, Ward noted that the things he liked best about his story were not used. The idea of a wooden satellite is undeniably attractive, visually fascinating and could have made for some terrific action sequences. Sigourney Weaver described Ward’s overall concept as both original and arresting, and his version of Alien 3 was listed in the David Hughes book The Greatest Science Fiction Films Never Made. Oh well, no use building bridges over spilt milk after the horse has bolted. I’m terribly sorry to be leaving you with such a mixed metaphor – not to say downright confusing – but be warned, I will not accept that as a valid reason for your not returning next week. I’d miss you too much. So please join me again as I discuss the brutal slashing of budgets and death by a thousand cut corners for…Horror News! Toodles! 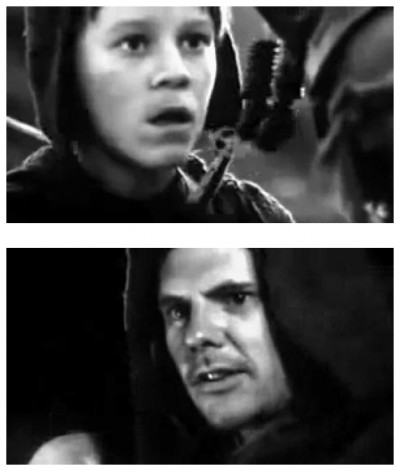 The Navigator: A Medieval Odyssey (1988) 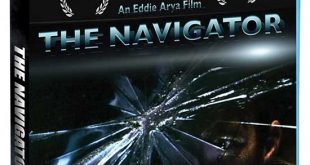 Horror Thriller THE NAVIGATOR Out Now on Blu-ray and DVD 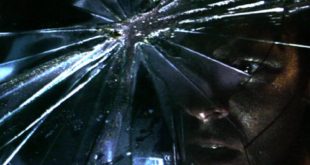