A teenage runaway who’s trapped by a delusional man, pretends to be his daughter in order to escape.

Directed and written by Savvas Christou, Katherine’s Lullaby is this beautifully terrifying film with this profound story.

We meet Lily (Tori Kostic) and Neil (Jairus Carey). They are in the woods and getting ready to camp out. In a split second, Lily realizes her phone is gone, she has flashbacks to this wicked man.

Lily is out in the woods alone now and Neil is missing or gone? It’s a little over five minutes in and it’s unnerving. Lily finds a house and wants to get help. The house looks empty but that doesn’t mean anything. Nope, I spoke too soon, it’s not empty.

William Kircher answers the door. He portrays Evan. He seems calm and nice. He gets Lily some water. She just wants to use the phone. I’m sorry but NO, NO, NO! RUN! Lily tries to get away and Evan wants her to stay and take a shower. This is so uncomfortable and you just don’t know what this man is up to.

He keeps offering her water. Okay, so this went south real fast. There was no wasting time in this story. Katherine is locked in the basement now. (Why am I having a panic attack?) Lily is in the basement and Evan is just…. Oh my GOSH!

Evan feeds her toast. Now he brings these mats in and has her lie down to do sit-ups. This is trauma, PTSD, and anxiety mixed together. This is creepy. Evan had a daughter, and a wife. His wife, Ivy is played by Jolene Anderson.

The eerie calmness of Evan is played so well by Kircher. He has a sort of pep in his step. Evan is feeding her now at the dinner table. He wants her to say “grace” and she’s trying to look around and plan her escape. Evan is too quick though. Evan also lives in the middle of nowhere, the middle of the woods. The house is a character already. It has this unsettling vibe.

The house seems like it could tell stories. Evan gets a visitor, Jeff (Chris Barry). Evan tells Jeff about Katherine and well, Jeff is concerned. Savvas did such a good job with this film. He delivered this story and this cast that just put all heart in the characters. Katherine needs a plan.

I want to say, she should just play along but he seems to have her in eyesight at all times. Kircher has all these great mannerisms that make him seem “okay” but also like, you don’t know what he is going to do at any moment? Lily starts to sort of act out this daughter role to Evan.

He just APPEARS out of nowhere. You think he’s zoned out and BAM he’s right there. Well, that didn’t go too well. Katherine is frustrated and trying to figure out how to get away. Evan is like a serial-killing motivation coach. They flash back and we meet Ivy. Ivy was Evan’s wife. Katherine (Meghan Hanako) is the real daughter that Evan thinks Lily is.

Katherine’s Lullaby is tense, it keeps you on edge. You want this girl to get away, to escape, and run for it. We find out that his wife was sick of his terrorizing ways. Lily is trying everything imaginable to get away. Evan has to go in to town and then he comes back and Neil (Jairus Carey) shows up looking for Lily.

This interaction doesn’t go well. Evan wants to Lily to train and do all this stuff. She loses it and needs a way out. AGAIN, this is insane. She doesn’t get away. Okay, so Evan chases his daughter through the house with the lights off, and Lily is trying to finish Katherine’s diary now.

Lily is excited now because Evan entered her in a race. Katherine was a runner and Evan trains her non-stop. Lily is either becoming Katherine or trying to find a way to get away. It’s getting a little scary how she is embracing this role.

Lily has a calendar and everything now. Does Evan ever sleep? I mean, I know I have insomnia but he’s always up, always popping out of nowhere. WAIT? WHAT is happening?! That was unnerving plot twist. 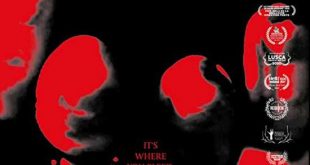