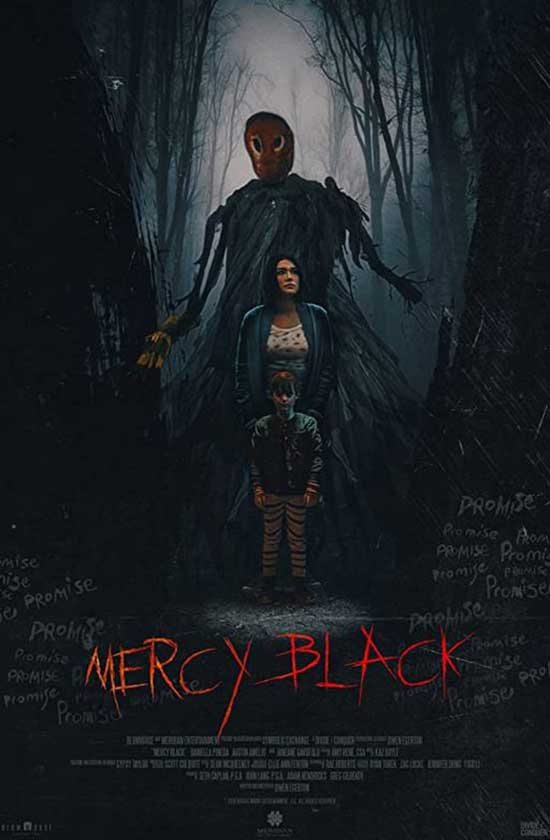 A woman is sent to a mental institution after stabbing her classmate in an attempt to conjure an evil spirit called, Mercy Black. Fifteen years later she’s released, and must save her nephew, who has become obsessed with the phenomenon.

It seems hard to believe that the Blumhouse studio has been churning out horror movies for over a decade now; beginning back in 2007, Jason Blum’s baby hit on a winning formula for the first time out and has pretty much stuck with it ever since. Focussing mainly on low budget horrors, the studio gives its often little-known directors wide creative freedom with their movies, and has produced some astonishingly big numbers; the original smash hit Paranormal Activity was made for $15,000 and earned a ludicrous $193 million at the box office. This was soon followed up by other big hitters like Insidious, The Purge and The Conjuring, all of these movies going on to spawn long-running franchises of their own. In addition to these monsters Blumhouse has dozens of other smaller movies in its portfolio, mainly belonging to the horror genre.

One of the latest of these is Mercy Black; a 2019 movie brought to us from writer director Owen Egerton. We start with a prologue which sees three young girls apparently playing happily in a field, before things take a dark turn as one of them is violently attacked by the others. This is quickly revealed to be the flashback of one of the attackers, Marina Hess, as we meet her in the middle of a therapy session. Marina (Daniella Pineda) learns from her therapist (Janeane Garofalo – yes, that one) that she is soon to be released from the institution she’s been living in for the past fifteen years, into the care of her sister Alice (Elle Lamont) and young nephew Bryce (Miles Emmons). 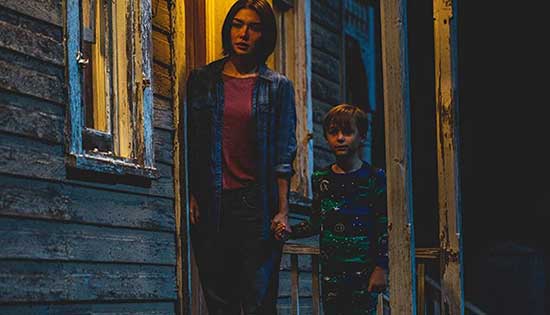 Marina joins Alice and Bryce in their old childhood homestead (which is naturally a hulking, isolated clapboard number full of shadowy hallways in the grand tradition of The Amityville Horror, Psycho, the aforementioned The Conjuring and too many other movies to list). Joining them is Alice’s creepy, slightly too hands-on boyfriend Will (Austin Amelio), who as it turns out is a big fanboy of Marina’s infamous exploits – owing to her past having gone viral on the internet. He has dollar signs in his eyes over his plans to write a true crime book about her, with or without her consent.

It transpires that Marina – and her friend Rebecca – attacked a girl called Lily during a ritual intended to conjure up an apparition by the name of Mercy Black, a kind of masked, supernatural guardian angel figure. As Marina tries to settle into her new (old) surroundings, events soon start to take a sinister turn; the locals don’t seem pleased to see her back, and Will’s wandering hands quickly overstep the mark. Not to mention that young Bryce – having quickly seen through his mother’s cover story of Marina being away all these years ‘studying art in England’ – seems to be becoming obsessed with the Mercy Black legend in his own right. 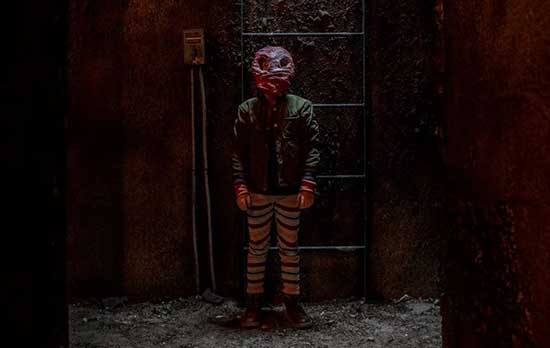 If all this sounds a little familiar, that’s probably because it is. By the forty minute mark, numerous clichés have made an appearance in Mercy Black – we’ve got the young kid who insists on whispering sinister phrases, Sixth Sense style, into the ear of any adult daft enough to listen; plus the same kid’s creepy drawings being passed around, full of masked figures; we’ve got a Poltergeist-alike moonlit bedroom full of ominous toys and shadowy corners; the disembodied hands from The Grudge make a passing appearance; and not to mention the gloomy hallways and staircases from Insidious and The Conjuring. Oh, and there’s also the old knock-off search engine with a generic name that only exists in this one household….

It’s a shame the film relies on so many old tropes, as if you’re willing to look past the same old jump scares and sense of familiarity, Mercy Black isn’t completely without merit. The performances are all pretty solid, and the film is slickly shot and pacily edited. There are a couple of outstanding scenes, most notably one where Marina goes to visit her old chum Rebecca, to find here living in her mother’s care having tried to commit suicide some years previously; the performances here really spark up and there’s a genuine sense of regret and unease, hidden behind a façade of false happiness.

And there are some interesting themes at play, about to what extent belief and blind faith alone in something conspire to make it have a tangible presence in reality. It’s far from a badly made film, but how much enjoyment you’ll get from it depends on whether you feel you’ve already seen it all before.