The 90’s Horror Movies Worth Rewatching

Refresh your memory with these nerve-wracking stories from the dawn of the 20th century. 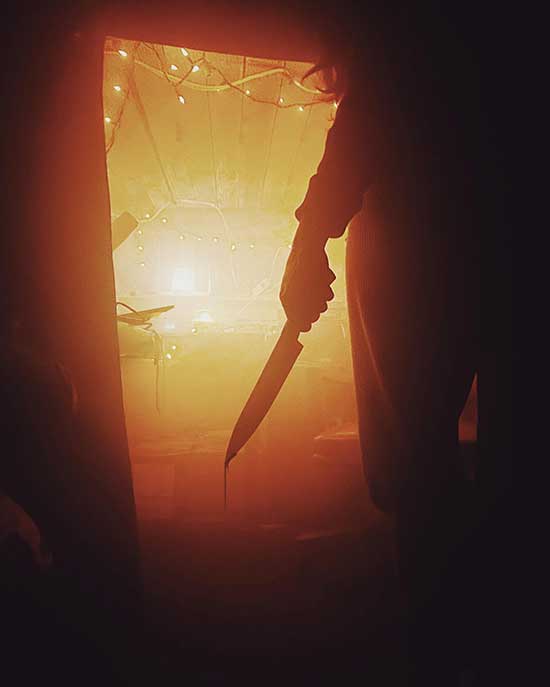 Of all the macabre things that fascinate Stephen King the most, fates of successful yet troubled creators definitely stand out. And director Rob Reiner absolutely gave justice to one of the best examples — his 1987 novel “Misery.”

The story follows the fate of a thriving novelist Paul Sheldon who got caught in a snowstorm on a slippery rural road. A nurse named Annie Wilkes rescues him, but instead of taking badly injured Paul to a hospital, his newfound “guarding angel” keeps him in her very secluded house. See, she’s the most devoted fan of “Misery,” a series of novels that brought Paul fame. And Annie — who turns out to be a deranged psychopath and a prominent serial killer — REALLY dislikes the writer’s decision to kill off the main character. Now Paul needs to fix his “mistake” if he wants to live…

The insatiable bloodthirst that, according to the most ancient of books, overwhelms vampires — what can it be compared with? Obviously, addiction. Abel Ferrara, arguably one of the greatest dark storytellers in cinema history, knows a thing or two about it: he used to be deep into heroin.

The black and white arthouse masterpiece “The Addiction” was filmed in the midst of the director’s own opioid crisis, and there’s nothing sexy or glamorous about the bloodsuckers in this movie. The main character, Kathleen (Lily Taylor) becomes a vampire against her will, but still enjoys the thirst for some time, and even uses it to pursue her own philosophical searchings. But terrible, crushing guilt and regret soon come.

The movie which has received several awards can also be considered as a religious allegory of sinking into the abyss of sin. But it’s the dependency on something bigger than you that is so scary here.*

*If you are struggling with substance addiction, seek help immediately. If you consider getting into online gambling, use Casino-Wise.com to control your process.

The second-ever adaptation of the legendary gothic novel by a sweet, romantic, and frighteningly talented young Englishwoman Mary Shelley was made by an Irishman Kenneth Branagh. The director also portrays the idealistic protagonist — young doctor Victor Frankenstein, obsessed by the idea of immortality and resurrection. Helena Bonham Carter is his sweet-faced, ill-fated betrothed. And the Monster? Robert De Niro himself, unrecognizable in complex makeup.

This movie was panned by the critics so harshly, it fell into obscurity for a good couple of decades. But it’s time to give him a second chance — and maybe even a cult status already. It doesn’t just have bone-chilling performances: the script by the great Frank Darabont shines through whatever clumsiness Branagh is guilty of.

This one is probably one of the weirdest and most fascinating gems on the list. Technically a “teen movie,” in the terms of the genre this Robert Rodriguez work stretches from sci-fi horror to dark comedy.

The plot revolves around a group of school kids (a nerd, a tormented bad boy, a hottie, a jock, a moody punky girl, and a sweet girl-next-door) who become unlikely allies after their small town becomes invaded by aliens. Those body-snatching creeps REALLY love water and are invincible — or are they?

“Faculty” is tremendously star-packed, especially if we are talking about the iconic 1990s-2000s faces like Elijah Wood, Josh Hartnett, or Clea DuVall. The T-1000 himself, Robert Patrick, portrays a terrifying coach. And Rodriguez, of course, managed to add Salma Hayek, who somehow turned into a very convincing mousy nurse.

Back in 1998, Josh Hartnett appeared in another horror movie — this time in a seventh chapter of the cult Halloween series, alongside the one and only Jamie Lee Curtis. Here we have the still stoic Laurie Strode trying to live as normally as possible under a fake name. She’s the head of a private school, her son John (Hartnett) is about to turn 18, and Laurie is terrified that her brother Michael Myers will eventually find them. Which he obviously does, still sporting his white mask.

This installment of the legendary slasher is peculiar for many reasons. We have a still unknown Michelle Williams as John’s girlfriend and a teenage Joseph Leonard Gordon-Levitt who gets killed in, like, first 15 minutes. But above all this, we have what the Halloween movies are the most loved for: unapologetic gore. Here it has definitely entered the new phase of the late-90s vibe, the one you can only recognize when you see it.

(Also, it’s always a good time to rewatch the original 1978’s movie, which remains in the Top-25 highest-grossing horror films to this day.)

Tim Burton is a well-known fan of savoring grim themes and turning them into something aking to scary, but beautiful porcelain doll. Obviously, he couldn’t pass on The Legend of Sleepy Hollow, a classic piece of American literature by Washington Irving.

Burton garnished the story of the ominous and murderous Headless Horseman who came from Hell with detailed imagery and charismatic characters. The main character, a science-savvy New York City constable Ichabod Crane (Johnny Depp), is sent to a small

Dutch immigrant town to investigate murders. It’s almost the 19th century, yet the superstitions here are still strong, it seems. But what if they are not so baseless? And is

the gold-haired daughter of a local rich man, Katrina Van Tassel (Christina Ricci,) into witchcraft for a reason?

Of course, mockumentaries and found footage horror have existed long before The Blair Witch Project. But there was something so incredibly raw and real about this VHS-styled low-budget indie movie, that turned it into an overnight sensation and gave it a cult status.

Probably the successful hoax of the movie’s PR campaign is partly responsible: thanks to the first-ever Internet viral marketing, the audience believed that the footage was real. Nevertheless, the film holds its own. Its bleak atmosphere of despair almost suffocates you as you follow the story of three students lost in the cursed woods. There are no jumpscares, no special effects, no soundtrack. Just a terrifying presence of an invisible witch that takes her helpless prey one by one.