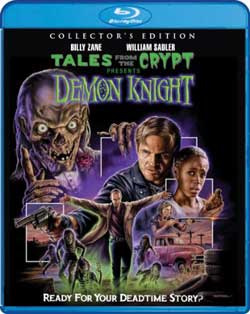 Hello there boils and ghouls. Whilst I was sat at home in my crypt, eating I Scream and pizaaaaargh, I decided to pop in the Demon Knight ghoul-ray disc into my ghoul-ray slayer and watch it on my TV spooky something. And I’m done. If there’s anything to be learnt from Tales From the Crypt, it’s that puns are annoying and hard to do. 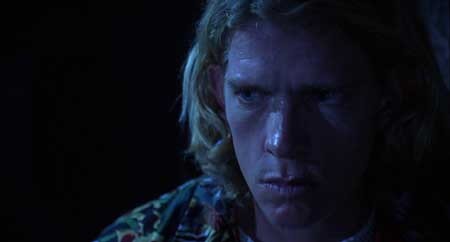 Which is why its much more fun to watch the actually master at work in 1995’s Tales From the Crypt colon Demon Knight. Most people know of the protracted route taken to get this bad boy on the screen. Envisioned as the middle part of a trilogy, things shifted around; as production is want to do and it became the opener. Then there were demons. Then there weren’t. Then there were. 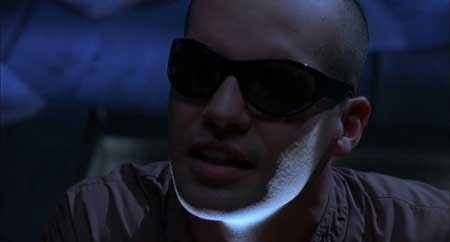 Suffering through what can only be described as an omnishambles of a production, what were we eventually left with in the mid 90s aside from undercut hairstyles, flannel and t-shirts that changed color when you got hot? 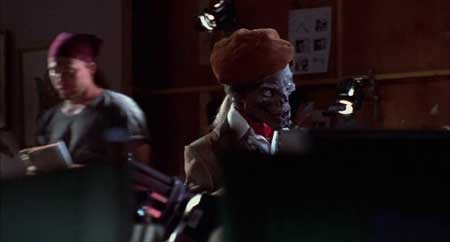 The story: A dusty stranger, Frank Brayker (William Sadler) rocks up to a sleazy boarding house, looking for a room and negating to mention that he’s just escaped by a fiery car accident hours earlier. Who was chasing him? Well, dear reader, it was The Collector, in the form of Billy Zane, looking to retrieve a special artifact from Frank. Failing to get his way, The Collector summons a group of demons to slaughter the inhabitants of the boarding house and retrieve the artifact. 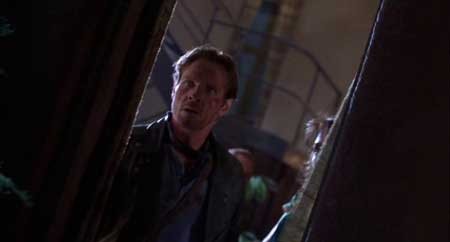 What follows next is 90 minutes of surprisingly gloopy, not so shocking entertainment that certainly colored my teens when I saw it all those years ago. The Collector unable to get into the boarding house, due to liberal application of the bloody contents of the artifact by Frank, stalks around its grounds taunting its tenants with projected promises of everything their heart desires. For sex worker Cordellia (Brenda Brakke) it’s the desire to be treated as a human being with real emotions as opposed to the daily rigmarole of continually sleeping with ungrateful patrons. For paroled criminal Jeryline (Jada Pinkett Smith), it’s wanting to make something of herself, travelling the world. For Uncle Willy (Dick Miller) it’s boobs. Lots of boobs. And alcohol. But mostly boobs. Different horses for different courses I guess. 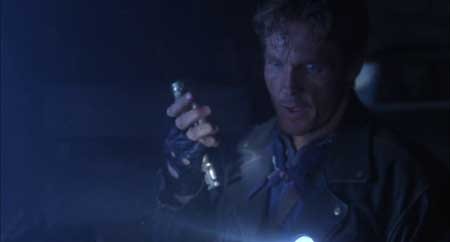 Perhaps the least effected by the Collector’s devilish ways is the aforementioned Jeryline who makes a suitable sidekick to Frank before finally being given an opportunity to stand on her own two feet in the final act. It’s like every season of Doctor Who for the last four years, but with more theological motifs and nudity. 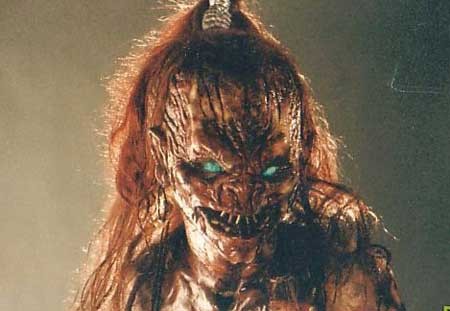 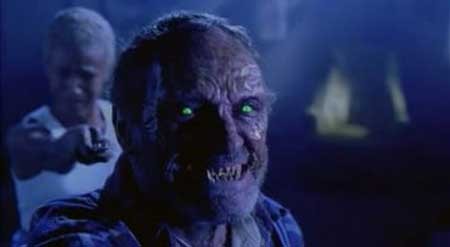 Of course, it wouldn’t be a Tales from the Crypt movie if a certain host with the most didn’t pop up to say hello. Naturally the Crypt Keeper voiced by John Kassir, bookends the film in his own inimitable way; directing and producing his own movie that has just as much gore and naked flesh as the main feature. His segments also hold perhaps the creepiest scene of the whole endeavor; the sight of Cryptie seen from head to toe walking through a crowd. Is it freaky because we don’t usually see him walking, or is because of the somewhat rough special effects? Hard to say, but once his jerky death rattle walk has been seen it can’t be unseen. 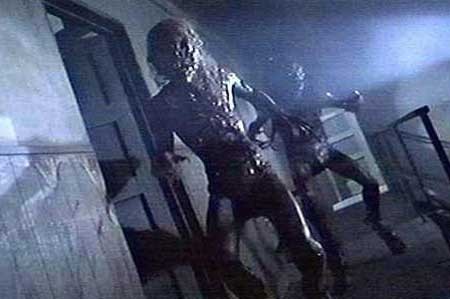 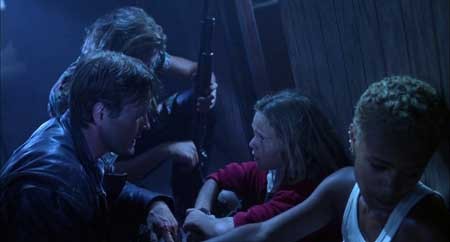 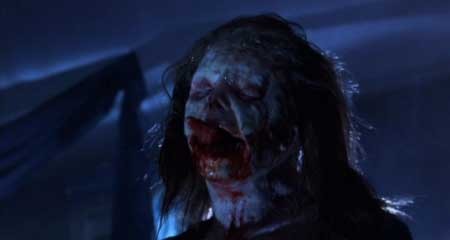 Over the years, Demon Knight has had a bit of a critical mauling which seems unwarranted. Sure, it’s not exactly a high-class form of entertainment but neither were the books it was based on. And yes, as I’ve already hinted the film wears its budget on its sleeve. However, it’s all just too much fun to care about all those foibles. In addition, Billy Zane has never been better ever. Yes, I’m including Titanic in that. Demon Knight Billy Zane owns all the Billy Zanes. That’s your pull quote.

Tales from the Crypt: Demon Knight (1995) is now available on bluray per shout Factory