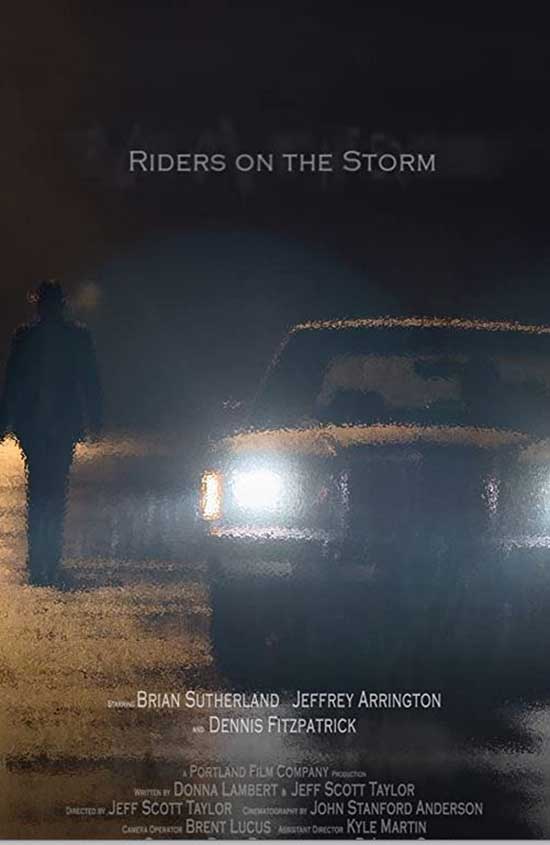 Terror strikes when a lonely driver picks up a hitchhiker on a dark road.

I don’t mind the odd one-locale film every now and again. It’s a very difficult feat to pull off. Minimal locations, characters and cameras make it pivotal that the script, dialog and acting is absolutely perfect otherwise it’s a dull affair. Unfortunately for me, Riders On the Storm did not have the critical ingredients required to make it a memorable affair.

We begin with an overly drawn-out intro sequence of our main character Jeff (Jeffrey Arrington) driving… and driving… and driving… oh, he also stops for gas… and more driving… 8 minutes of this, with any dialog, story or entertainment. This was a glaring red flag that Riders On the Storm was not going to be an enjoyable affair for me.

Once Jeff picks up mysterious hitchhiker, Aldous (Brian Sutherland), eventually the dialog starts and you immediately wish it didn’t. Aldous is loquacious and speaks like a high school student trying to impress his drama teacher. If it was toned down, it would be an interesting character trait, but writers Donna Lambert and Jeff Scott Taylor lay it on so thick, it’s a chore to listen to and distracts from any reality the film is trying to represent. 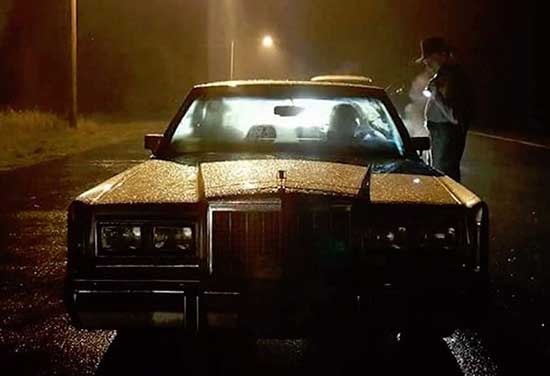 Admittedly, Aldous is slimy and creepy, and he makes you feel as uncomfortable as Larry increasingly becomes. When they’re pulled over by a police officer and things get a little evil, it beats some life into the script, but again the story falls back into the continually long, drawn-out and repetitive scenes of rain, tires, road and our characters just looking at the road and/or each other, making you constantly check how much runtime is left.

And that’s the issue. The writers thought a sprinkling of elaborate dialog could make a bare, minimal story entertaining, but it does not. The repetitive scenes are obviously filler to extend the runtime so what should have been just a short film could be considered a feature. If this was condensed to a short film, it may have been entertaining but as it is now, it’s just not enough to hold attention but rather tips the viewer into annoyance as the dragged-out scenes drone through the runtime. Like Jeff, Riders On The Storm is its own worst enemy and you can see its gimmick from a mile away. This film ain’t no Fight Club…

On a plus note, both the main actors did perform their parts well. They had to evoke a lot of emotion, especially Jeffrey, and they pulled it off. The sepia tone felt gratuitous to me. The shots were stock standard so nothing could go wrong. It looked and sounded good enough for me though there were some continuity issues I spotted.

A brave effort, but the writers and directors of Riders On The Storm bit off a little more than they could chew.