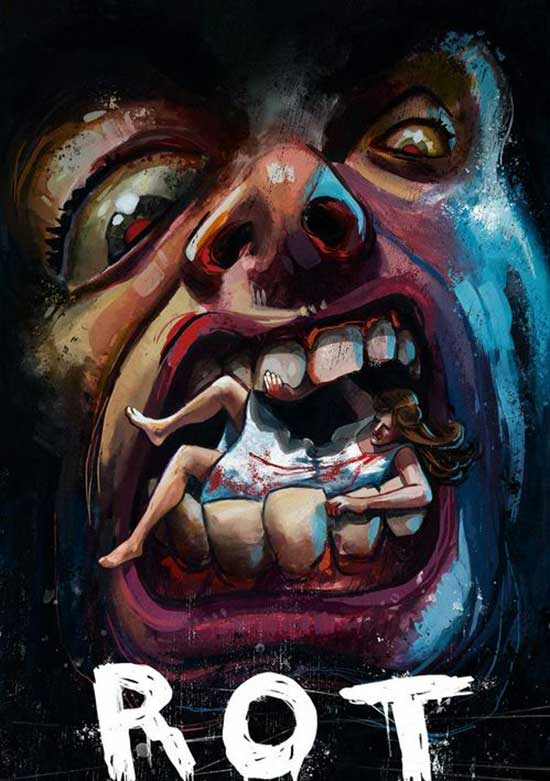 “A grad student breaks up with her boyfriend to focus on her thesis, not realizing something has infected him that he’s going to wreak havoc on her life.”

Written and directed by: Andrew Merrill.

Rot opens with a happy picturesque couple. Madison (Kris Alexandrea) and Jesse (Johnny Kostrey). Then it all breaks apart like something Alfred Hitchcock would imagine. The sound and visuals made me think of Hitchcock. I think as 2020 comes to an end so many people are searching for something. Happiness, peace, love, life, gleaming hope… Just interaction with other people. I must mention Eileen Dietz portrays Katherine in Rot. She is an extraordinary actress. 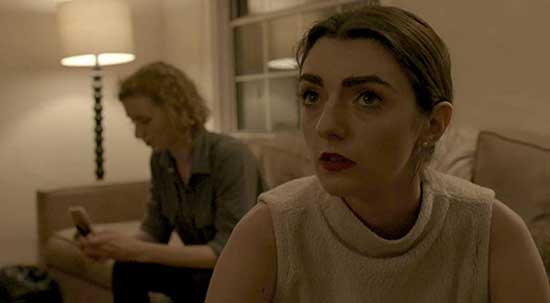 2020 has been wild. There has been so much chaos throughout the world. For the parents helping their kids with online school and people working from home. It has been different. Once again, films have also been seen in different ways. For people to be able to stream films and go to a drive-in movie theater became normal. As 2020 comes to an end, the movie ROT delivers a notion that society and the relationships we have may not be so great.

It all starts in a hospital with Katherine (Eileen Dietz) and Rose (Kris Ann Russell) after the cute video and break-apart photos of Madison and her boyfriend.

We meet Madison (Kris Alexandrea). She is in class and going about her business. The photos make me miss pictures. When you had to take the disposable camera to get it processed and have the pictures developed. That was something else. Now the world is digital. Linda Burzynski is the night nurse and well part of a tragedy. Nurses are heroes in the real world, all the frontline people. The insomnia conversation was so relevant. When you are working, going to classes, taking care of life. Sleep isn’t always thought about. (Some of us just don’t sleep.) 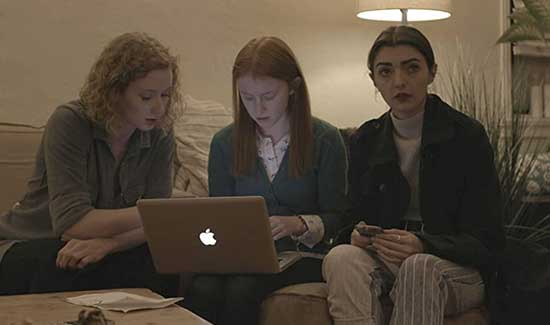 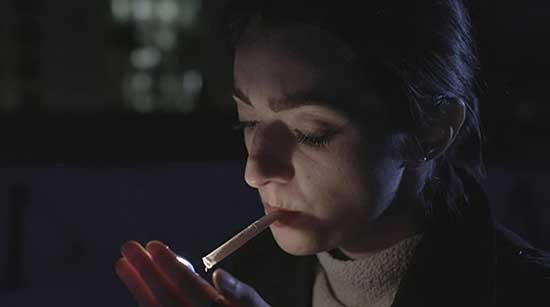 Jesse (Johnny Kostrey) is trying to make Madison happy. He is prepping a dinner date and she seems distracted. Nora (Sara Young Chandler) and Aaron (Johnny Uhorchuk) also live with Madison and Jesse. Jesse works in the hospital and there’s all kinds of madness happening. Madison is working hard for a grant she needs to help with her thesis. She’s avoiding Jesse while her sister Grace (Tahryn Smith) picks her up. Jesse is either infected or having a breakdown.

Jesse is on a rampage and he’s out infecting others. There is an eeriness that lingers in this movie. There isn’t a source where this comes from Madison seems cold and uninterested. It’s a matter of Madison trying to get her life together. The “Dinosaur Eats Man” sign in Nora’s apartment is amazing. Aaron is looking for Jesse and checking on Madison’s sister. Nora is in deep trouble, and Grace may be in denial.

The infected people are either happy and raging or angry and raging. That may be the rot. A rotten part of people that comes out through being infected. It’s scary, there is no rhyme or reason, just madness. Rot feels like the psychological version of Invasion of the Body Snatchers. Rot sort of sets our society in place. People are doing all sorts of things in life. Working, raising kids, going to school/college, trying to make it, surviving, getting by, and trying to “stay positive.” I spoke with someone recently about “toxic positivity.” I wasn’t fully sure it was a thing. Rot sort of touches on this subject with Madison. 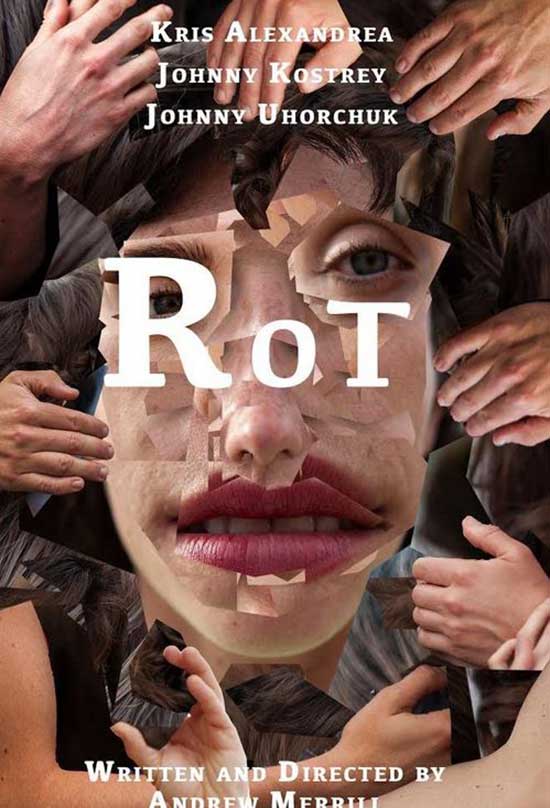 Madison is in this sort of spiral to keep everything together. She smiles, goes through the motions and seems maybe cold or stand-offish but in the end, she is put through her own hell. Kris Alexandrea did a great job portraying Madison this way. I spoke with writer/director Andrew Merrill and one his hopes was that people would give Madison a chance. The ending is wild and once again to say they did a good job with the effects. Check out Rot.