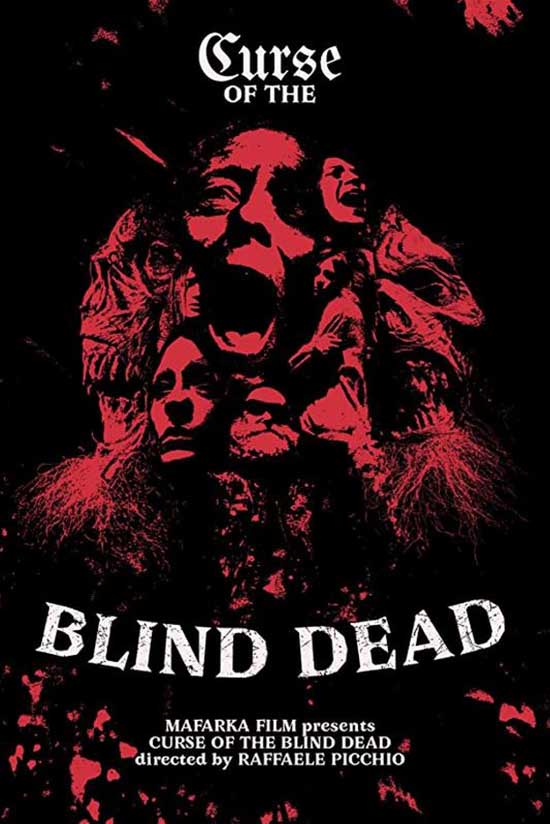 In the 14th century, a group of Satan worshipers, the Knight Templars, is captured during a ritual and brutally murdered by the locals. Just before the execution, the Knights swear to return from their graves to haunt the village and the nearby forest. Centuries later, in a post-apocalyptic future, a man and his daughter try to survive against both the Undead Knights and a sect commanded by a mad preacher.

Those pesky Knight Templar folks! Always up to something, and it’s rarely in the rule book.

We catch up to them as they help a poor woman in the throes of labor. We’ll overlook that they intend to use the newborn as a sacrifice to their Master.

When they have done all but skewer the mewling brat, the town folk rush in to end the evil rite. Doesn’t do the new mother any good as they slit her throat for good measure, then they kill the kid because it is tainted.

If that wasn’t enough, then the townspeople blind the Templars just before burning them all on stakes.

Okay, that was short, gory, and to the point. Good fil – what do you mean “There’s more”?

We jump to The Apocalypse. Why? To justify using woods, rivers, and outdated industrial sites as filming locations to lower your budget, of course!

A father and pregnant daughter are hiking through the forest (What did I tell you?!?!). You get the stereotypical tension between them but they might break in a sit-com moment of heartfelt emotional sharing. You know the dynamic.

Being a post-apocalyptic type flick, you can imagine what eventually happens. Random dudes attack, beat the hell out of the dad, and then intend to do rather unfriendly things to the daughter. To the rescue come more guys. They slaughter the creeps and take the two main characters to their compound

Said compound is that abandoned industrial site WITH boiler rooms for those important chase and stalk scenes you know to expect later.

The folks who helped out seem nice enough. They don’t buy Dad’s story of tracking a radio signal that gave coordinates. And they all stare at the daughter in the oddest way.

How much you wanna bet this community has an agenda?

This is probably just an old fart rambling, but let’s explain what we are talking about. The film is “The Curse of the Blind Dead” (2020). Not sure if this is meant to be a reboot, remake, re-imagining, or whatever, but there were four Blind Dead movies released in the 70s in Spain.

I have a soft spot for those films directed by Amando de Ossorio with the withered corpses of the Templars stalking and, eventually, running to ground the victims. There is a consistent sense of impending doom whether you felt the victims deserved their fates, which were sealed as soon as the film began. 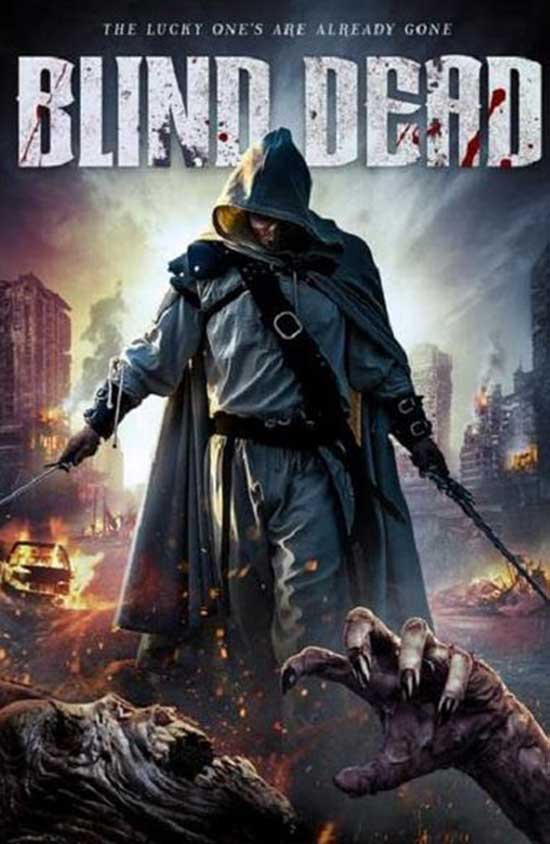 A key element of the original films is religious fanaticism, which the Templars exemplify. At the time, early 70s, Spain was just starting to see the death grip of Generalissimo Francisco Franco loosen on the country. State religion had been a tool the government had used against the people. Guess who the Templars represented?

Here we are, years later, and someone is resurrecting the Blind Dead. That is fine. Good to see the filmmakers did not reduce the original films to slasher tropes as so many do with horror reboots. You could even make arguments that the film questions utopian hope, false salvation, and fanaticism as a way to avoid despair. The ambiguous ending allows for many interpretations.

The delivery is a different issue. As previously stated, I am okay with the low-overhead options for locations. The problem tended to be tedium. The film grinds through clichés and tropes to pad the screen time. “Gotta work in long-winded build up to Apocalypse. Cram drawn-out family drama here. Obligatory sexual assault scene. Then we can coast on vague and randomly-related exposition for most of the middle of the film.” Get on with it!!!

Worse yet, the tedium is liberally laced with the lead actress persistently whimpering, crying, and/or screaming. Yes, I get it. Horrible things are happening, but, jeez, lady, shut up! It continues right up to the intentionally inconclusive ending. It is so annoying that you’ll want to turn down the volume, but then you might miss out on some dialogue. Not that you’ll miss much.

If “Curse of the Blind Dead” is a stand-alone film, I can accept it as a clear homage to the Ossorio originals as well as a frustrating attempt at something with a bit of depth. Instead, we get a grimy, occasionally gory, and mostly repetitive film that is better as a conversation starter than as a horror movie.