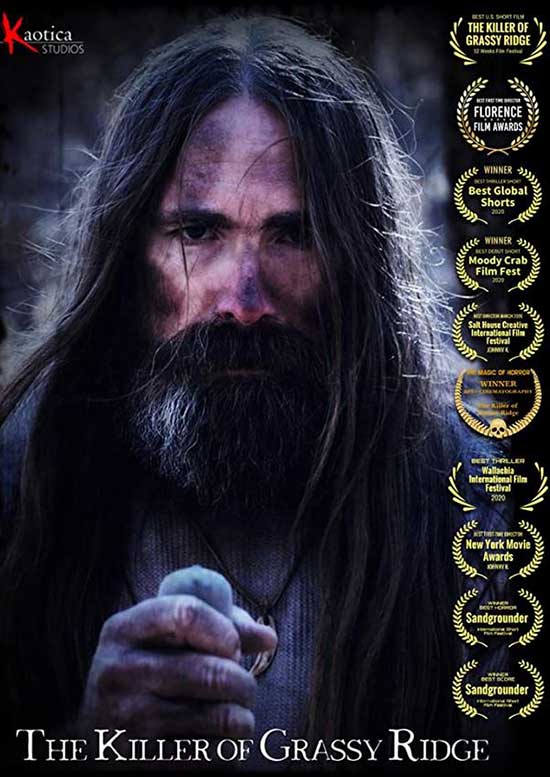 Deep in the Shenandoah backcountry, a killer stalks for prey.

A killer is loose in the hills of Virginia, and we enter the story as a radio announcer informs of us that yet another body has been found. People are warned to stay out of the mountains and stay at home until the killer can be captured.

A hiker (Heather Stone) enters the trails and begins a casual hike in the glorious landscape, unaware of the danger that awaits. She manages to break her ankle and calls out for help, hoping someone else may be nearby.

Yea, you think you know what comes next…but you don’t. I didn’t either.

This is a really good short film. Its a complete story yet there are still unaswered questions that could be addressed in another short or even a feature if the director so chose. I see why this film had so many nominations, and honestly I feel it deserved more.