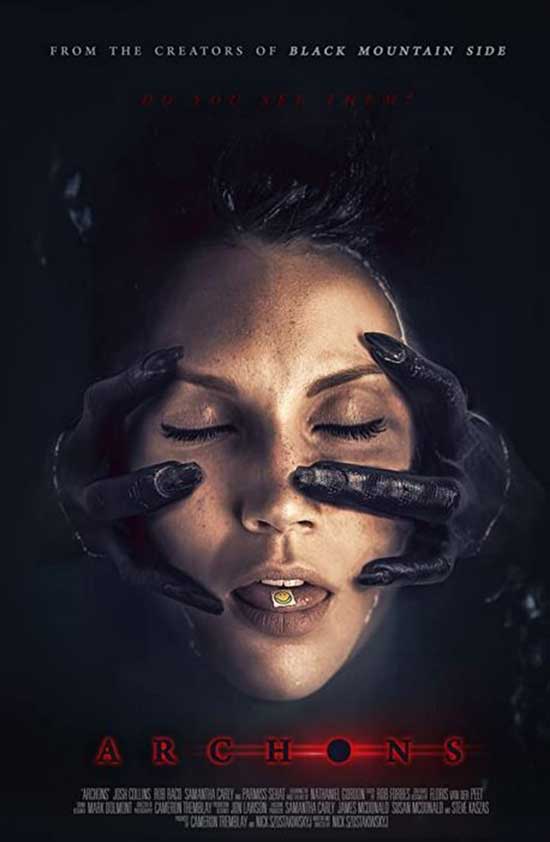 Archons is the story of falling-from-grace rock group, Sled Dog, half a decade after the release of their hit single, Backfire. After a chance encounter with rock-legend and life-long idol, Emerson Gilmore, Eric is willing to take one more chance at success, the way Emerson Gilmore did it back in the 70s—out in the Canadian mountains with a guitar and a bag of psychedelic drugs.

If you’re a rock band seeking a veto writer’s block, don’t stay out in the terrifying forest and take Indian drugs, stay home and do regular acid. We forget how scary Native Americans can be in horror stories, with all the trips they took on peyote etc. Someone took advantage of that in this film and it works well. The backdrop is a camping trip. The players are 3 beautiful women and a rock band seeking pharmaceutical inspiration for its next album. Both camping and rock music are familiar tropes for horror. Here they work together in a similar and fun way. I didn’t think I would like this film as much as I did. it’s not for everybody though. If you like movies where the cast are on a psychedelic trip, you’ll enjoy this horror. For a low budget film, it delivers the scares. I give a 10/10 to visuals and cinematography. It’s a hammock saying, come and sit awhile. 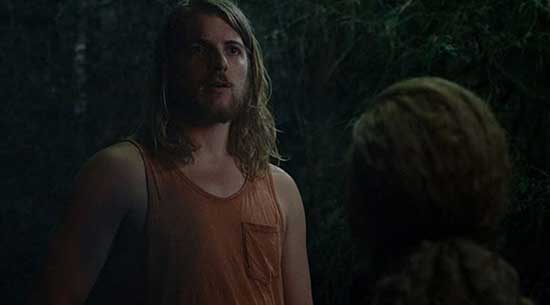 After the 3 bikini clad babes have a little dialog with the vacationing rocker, we are introduced to an endearing actress: Parmiss Sehat (April “May”). I recall her role on Keifer Sutherland’s “Designated Survivor.” Her eyes are entrancing and she plays a hopeless fan exceedingly well. The bronze blond rocker is played by Josh Collins. He’s been in “The 100,” “Supernatural,” and a few other roles. Needless to say, this is not a no-namer film. The fan follows the band on their canoeing drug trip and as you can probably imagine, the films descends quickly in chaos and horror. Oh and don’t forget the supernatural aspects of the “Indian Drug.” 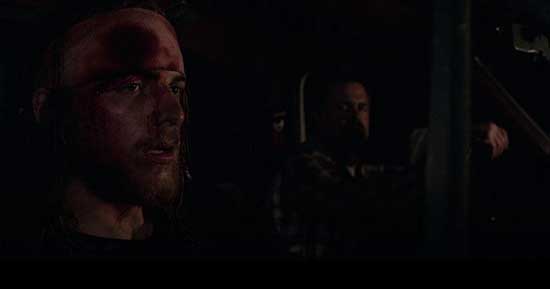 The guitarist (Rob Raco/”Supernatral”) acquires drugs before the trip and they are supposedly drugs the Indians’ use to do their religious ceremonies. Of course it’s a little too strong and they “see” things. Hallucination movies can be great. They are meant to emulate a drug trip so you will like it more if you’ve been on one. First, Priss’ character has something explode in her head. From there all manner of camping horror mayhem breaks loose. This isn’t acid, we find out, it’s something much more potent and other worldly. as the makeshift creatures appeared, I found myself wondering if they were really people disguised by the drug. it wasn’t too clear but I let myself believe it and really enjoyed the thrills! The best low budget creature I’ve seen was in “The Village” and thus I learned you don’t need cgi for deep, dark creepy! 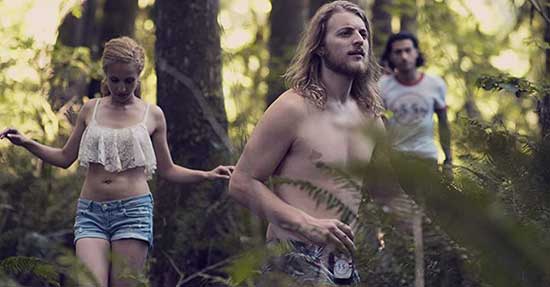 The creatures look like paper mache costumes but they still are jarring. I was reminded by the low budget things that this isn’t a blockbuster. At the same time, any horror fan who’s been on a trip with friends will recoil in delight at these humble drug horrors. The line between fantasy and reality gets blurred. As is sometimes the case in druggie movies, the hallucination is revealed to be an actual person whom they don’t mean to kill. I suspected that here but they left it open. Camping movies that get this sub genre very right are “Backcountry” and “The Blair Witch Project.” This film “Archons” puts drugs into the mix and I think pulls it off quite well. 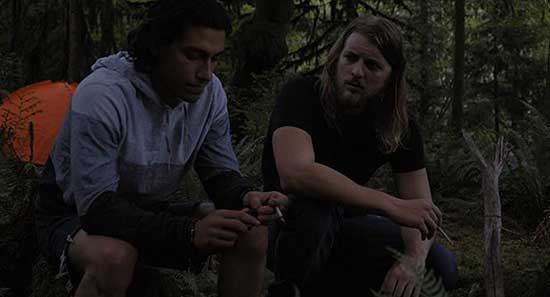 In conclusion, the band somehow gets its inspiration but at a ⅔ of the band cost. Only the guitarist survives and is heard on the radio lamenting the loss of his band mates. Is the lead singer alive? The visuals and premise kept me quite entertained but I can’t really plug the weak and cryptic ending. Nonetheless, I did enjoy this film as a sort of psychedelic but low budget hallucination. It suffers from bad acting and truly rustic creatures but recovers with a premise rocking horror and/or drug experienced fans will enjoy. 7/10