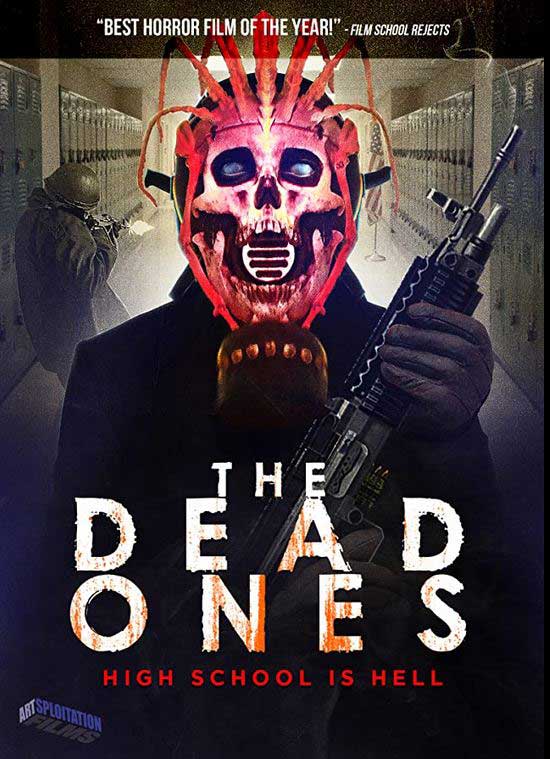 While serving detention for a horrific incident, four students are locked in a school and hunted by a gang dressed as the Four Horsemen of the Apocalypse. While fighting to survive, each student must confront past traumas.

I was always told patience is a virtue, and this saying holds true for The Dead Ones. The film begins with a scattershot of disjointed images then slams us into a disheveled, run-down school and our main characters, who are being blamed for the damage done to the place. Your brain is flooded with questions and none are immediately answered. What the hell did these kids do to cause the school to become a complete shit-hole? Why are they in detention, at night? Why are there 4 evil dudes outside of the school chaining up all the windows?

The main characters are bleak, troubled individuals, and don’t really garner a connection with you. You don’t really care about what’s going to happen to ‘em. Couple this with the increasing obscurity and oddity the film throws at you, and you’re not really enjoying yourself. But that’s the film’s goal. It doesn’t want you to enjoy what’s happening, well, not in a traditional sense. 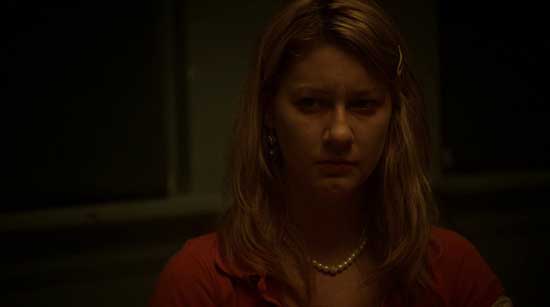 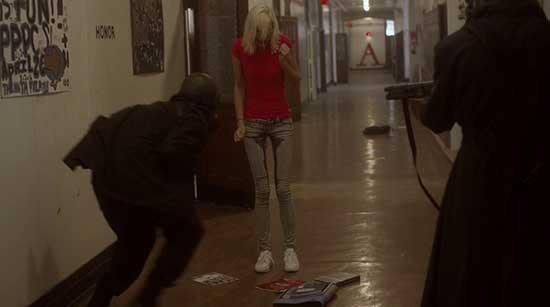 As the teens’ pasts start bubbling to the surface and the villains begin attacking, you quickly figure out what it’s all about and by the time the reveal comes, it unfortunately falls completely flat. It’s not to say the journey there isn’t eventful, it is. It’s a bleak, horrible ride into a horror that hits very close to the reality that exists in America today on an unfortunately all too regular basis. There’s no sugar coating in this film. No feel-good moments and no happy endings.

The cinematography is just as bleak and gritty as the story. Low light, dingy locations, squishy gore. It’s done well and really sets the tone and emphasizes the horror of it all. You will never feel comfortable watching this. There are no smiles to be had, only a sense of hopelessness, confusion and despair.

The acting, for the most part, was good. Each portray their “persona” well enough, from the shy, to the psycho, each actor felt believable enough. 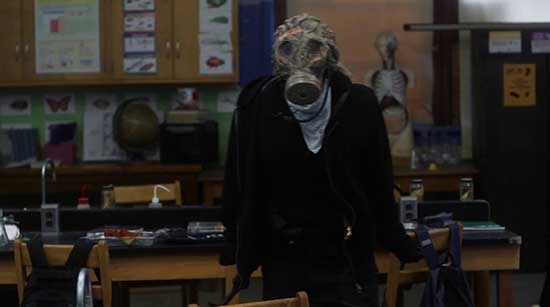 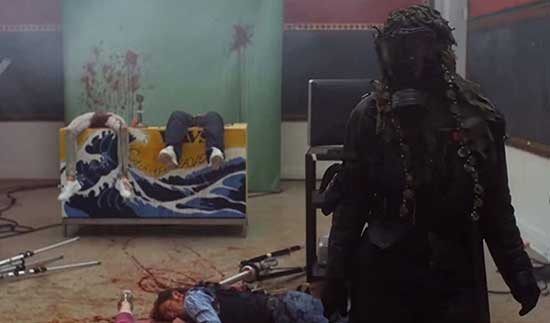 My main gripe with the Dead Ones was the heavy-handed exposition used to get some elements across. A lot was told instead of shown, which was a shame, as the skill to do it was obviously there. Knowing what the reveal was well before it occurred also took away from the story and removed the little tension there was. You know what happens, why and how. Once this mystery is solved, there’s little to keep your attention, other than the bleak reality it is painting.

The Dead Ones tries to tackle a horrible subject in a unique way. It’s a bleak offering that holds up the ugly, maggot infested, family destroying face of guns in America to a shining light without offering a glimmer of hope to the viewer. Considering things, it’s on par with reality in this regard. 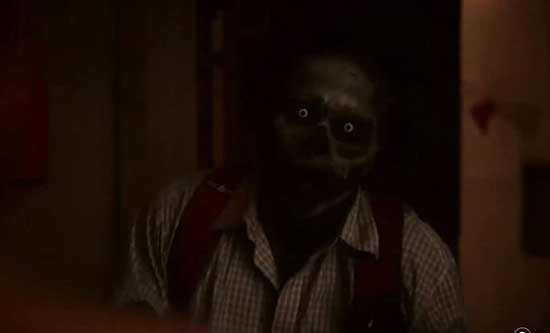 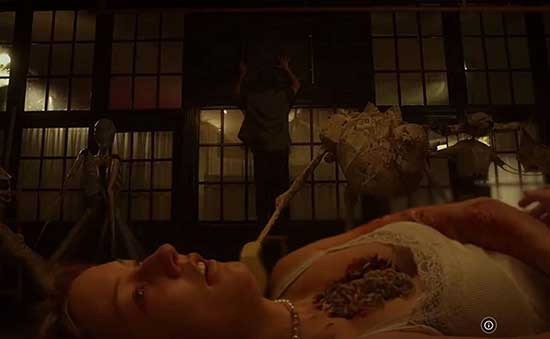 Definitely not a film for date night, but worth a watch if it comes across your path.