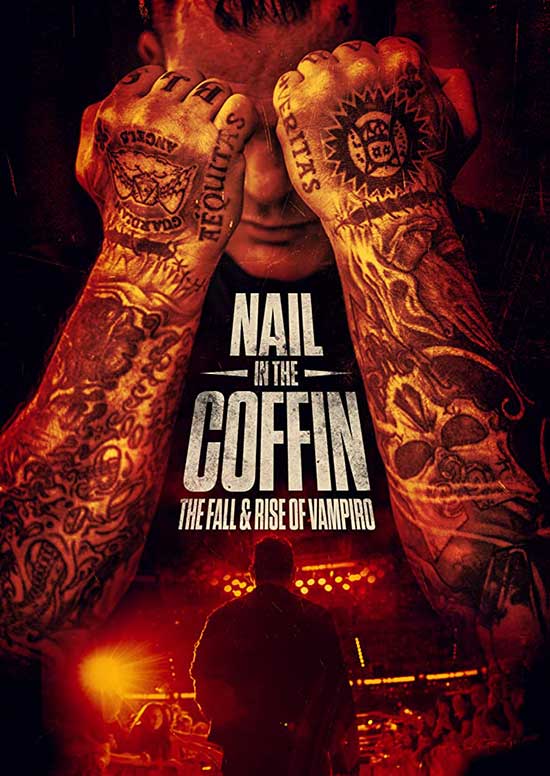 A rare glimpse into the legendary career of wrestling icon, Vampiro, as he grapples with his demons and life after fame. Straight from one of wrestling’s most outspoken characters, this is a candid look beyond the ring.

Written and directed by Michael Paszt (Sweet Karma) takes us on a bitter sweet ride. A glimpse into the life of Vampiro. What does fame do to people? For years people love wrestling. The WWE, WCW, ECW, Lucha Libre. Ian Hodgkinson is Vampiro. He is from Thunder Bay, Ontario. He is wild, outspoken, he created this almost punk rock character.

In the documentary they interview everyone from Chavo Guerrero Jr., Kevin Arturo Geist and more. The women loved him, the wrestlers thought he was cool. He has wild antics and a lot of energy. Ian became a wrestling legend and part of Lucho Libre. He blended all of these worlds and managed to crossover and remain in both worlds. His daughter, Dasha Hodgkinson appears in the documentary. 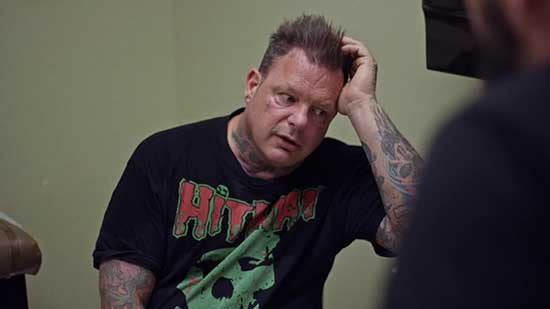 If you have ever been to a wrestling show, it is sort of surreal. The wrestlers armed with a storyline. Will they be a hero? Will they be the heel? Ian worked in WCW. Luche Libre is in Mexico and Ian has a lot of respect for these wrestlers and the community that loves wrestling. Ian is working in editing and helping to guide the show, tell these stories, help create and calm the madness for Luche Libre.

He is intense and moves, he almost can’t sit still. He knows how to purely hype the crowd, a lot of wrestling is about hyping the crowd, making all of that believable and yes, it is hard work and yes people have been injured. It can be like a violent soap opera. “Accidents can happen.” It can be scary. 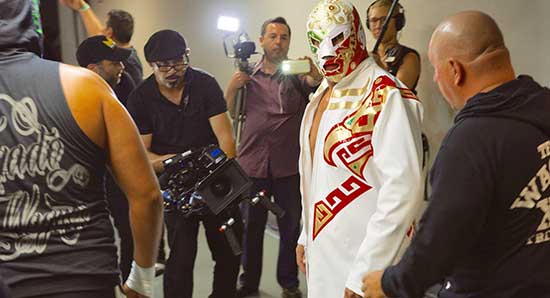 This documentary touches on everything from steroid use, drugs and alcohol. Ian seems sad and distracted at times, he is under stress. He is also constantly trying to talk to his daughter. People want to make it and do good but, at what cost? What has and what is all of this costing Ian? These matches are also seen from every angle. There are cameras everywhere. Ian talks about his injuries and the medication he takes. These men and women do a lot of damage to themselves.

Ian wants ice cream and to play, PlayStation with his daughter. It’s sad. He is doing a million things at once. He goes back home to Canada and talks to his doctor about his injuries and his health. He also discusses his daughter. He “hates wrestling” but they keep booking him. He goes to see his daughter. He likes horror movies and he created his house to be like a mausoleum. 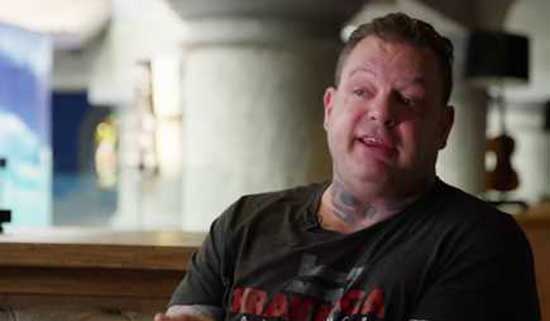 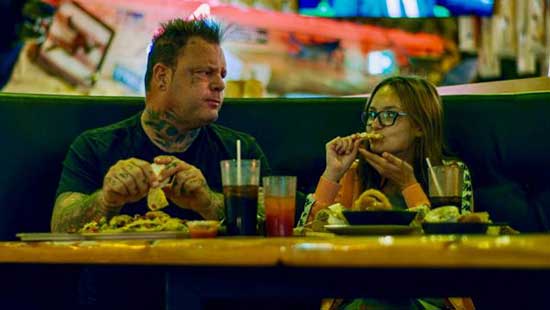 Dasha is interviewed, she talks about her father wrestling and how often she got to see him. Being a father is important to him. That was meaningful to see him be a dad. He explains his mission, why he wanted to become a wrestler. He talks about the influence the Sex Pistols had on him. “Vampiro was born in 1984.” Ian talks about Los Angeles and working with different artists/musicians and being a bodyguard.

He went back to Ontario and started a Krav Maga place, he volunteers with the original Guardian Angels. He works in wrestling but his family and his daughter are important to him. That is his world. The sad thing is all the concussions, the damage to his body. A lot of wrestlers, athletes and people who do all of these things. It can be scary. How many times can a person get hit with a chair or get dropped on the head. Dasha talks about how worried and scared she is that her dad would get badly hurt. 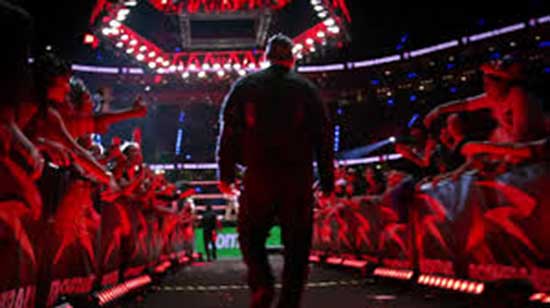 This documentary is beautiful and has a lot of heart. You can tell it wasn’t just nonsense and a few clips of this man and whatever journey he has been on. It made me tear up when he talked about checking on Dasha and how difficult it is for him. Sometimes when you grow up and you sort of have to be responsible and learn to take care of yourself, you don’t realize how much parents or a parent can worry about you.

It was good to hear what Kevin Kross talked about. You can see there is respect. All the pain, hard work, blood sweat and tears. The chaos, traveling. Ian did everything for his daughter. Make sure to watch this documentary, Nail in The Coffin: The Fall and Rise of Vampiro.