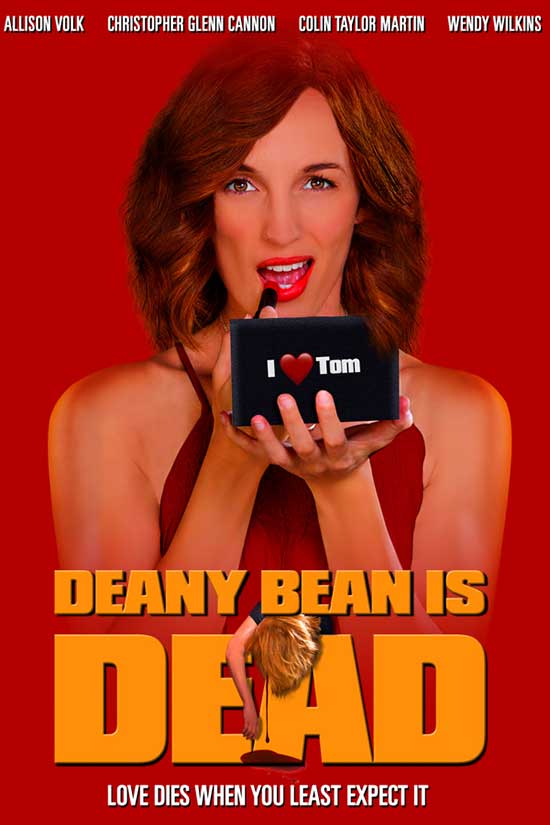 “A down-on-her-luck woman tries to win back her ex-boyfriend at his engagement party without revealing that her recently strangled boss is in the trunk of her car.”

Directed by Michael Kreuzriegler and written by Allison Marie Volk. Murder, mayhem, mystery, a dead person in the trunk of the car. This is a great movie. Deanna Locke (Allison Marie Volk) is in her car listening to a murder podcast (Don’t be judgy, we’ve all done this.) The voiceover dude with the perfect, soothing, relaxing voice seems to be describing Deanna. Izzy (Paulina Lule) is super happy, she is a morning person. Izzy has advice for Deanna but she doesn’t want the advice.

Deanna’s boss is a ballbuster, she is rude and dismissive. Deanna discovers via social media some information about Tom, her ex-fiancé and well, it ruins her day. She winds up at a meditation session. She is interrupted by Myron (Colin Taylor Martin) who is like a noisy tornado and he interrupts the whole session and distracts everyone. It’s a support group and Myron’s “suck it up” attitude. 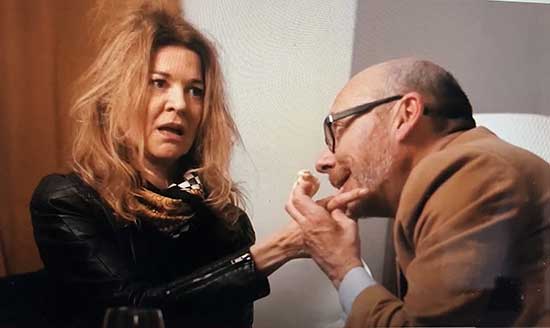 This movie sets an example why social media can be unhealthy some times. (Maybe keep relationship stuff to yourself.) Wendy Wilkins is playing Maxine Williams; the boss has an allergy list of everything she is allergic to. Deanna orders lunch, something that “doesn’t taste like sh*t.” The voice over is funny. We hear a voice over throughout the entire film.  Deanna gets herself into a conundrum and she isn’t a serial killer or a homicidal killer.

Deana gets into a bad situation. This movie has great comic timing. Maxine Williams has sent Deana over the edge. Deana acts on this and again finds herself in such a conundrum. She wants to kill Maxine but also “stalk” Tom. The ex-fiancé. Deana now has a body in her trunk, and she is on a mission. The voiceover talks about what to do with the body.  Deana shows up at a house. It’s the house she shared with Tom before they broke up. She wants to bury the body there, but she is interrupted. 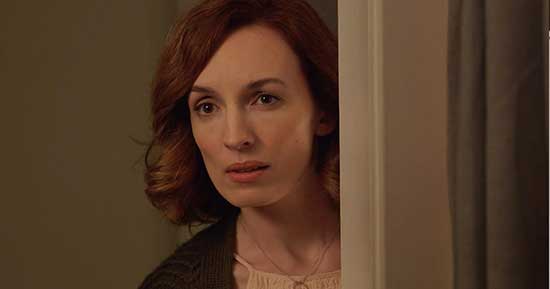 I don’t know about most people but, I would wonder why there was a person with a shovel in my yard? Maybe not? Angela played so well by Sarah Siadat. Angela tells Deana all about the remodeling and painting that her and Tom did. Deana sort of zoned out thinking about Tom and why Angela would paint over turquoise paint. Angela wants Deana to be open and talk about Tom. How does she know Tom? She tells Angela and now Angela is upset. Angela realizes who she is now. 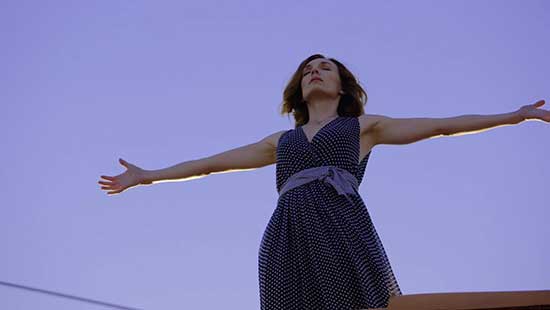 Deana realizes she has nature in her hair, and she needs to freshen up. Everyone is busy chatting about hosting a party after coming back from South America. Dr. Harris (Paul Tigue) shows up with his girlfriend. Allison Marie Volk did such a good job with this film and giving these characters heart.

Tom Matthews (Christopher Glenn Cannon) and Angela are hosting this party. Myron and Tom are brothers. Myron and Tom don’t get along. Myron tells Tom he came to the party with Deana. Meanwhile, the hole Deana started digging before the party is not going to finishing digging itself. Deana goes to check on the hole and Angela is yelling at Tom. She realizes a few things and needs to address them. 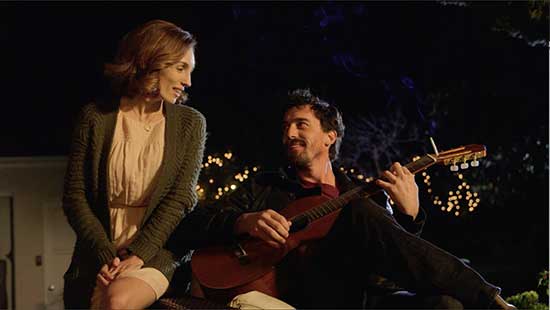 Myron and Deana get themselves into quite a strange situation and wind up singing together, and it melts the heart. Tom wants his cake and to eat it too. Life doesn’t work like that. Tom tries to (sort of tries) win his “Deany Bean” back. Deana learns that Tom isn’t what he seems. Myron on the other hand, seems to have an appreciation for Deana.

Times are changing and Deana must find her self-worth. Deany Bean is Dead what a concept. This was a great movie. Make sure to check out DEANY BEAN IS DEAD.

Deany Bean is Dead will be released on July 10th.