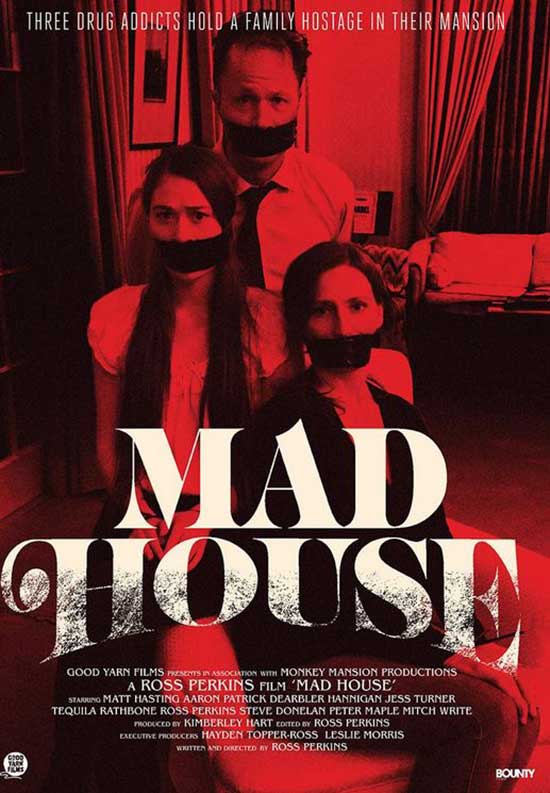 A successful businessman, with a wife and daughter, has his happy home life destroyed when three junkies hold his family hostage and use his personal information against him.

Found footage was once the poster child of horror, but is now the overbearing uncle who wears the same tacky bargain basement suit and says the same three jokes every time you see him at a family reunion. Needless to say when I learned that Mad House was a found footage film, I wished Corona swept me off this Earth. 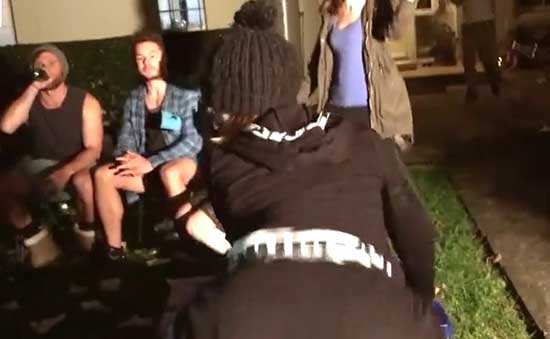 Now I’m gonna be honest, I was completely put off by the start of this film. Not only was this found footage, practically the first ten minutes was a slideshow of the victims/family and “iphone” messages/GPS/calls. Barely any actual video footage is shown. It does kind of set up the characters and story enough, but Jesus it was a chore to sit through. It was like a shit Tik Tok video, which is pretty much EVERY Tik Tok video…

To make matters worse, I was then forced to accept an iPhone that seemingly let’s someone change its password without first requesting the current password, a glaring plot hole that would have stopped the script dead in its tracks before the first act finished. It’s 2020. Everybody has a mobile. EVERYBODY knows how this technology works. It’s not the early 90s or a Flux Capacitor. It was such lazy writing to use this that if I wasn’t reviewing this film, I would have switched it off right then and there in a fit of rage. 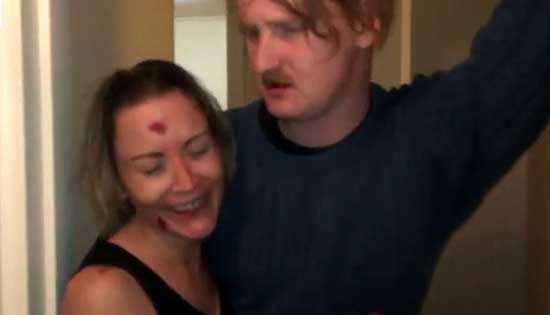 Persevering through this gimmick, which thankfully fades away to a sparingly used plot device after the first ten, and then that horrible, horrible plot hole, Writer/Director/Star Ross Perkins throws some interesting tricks into this worn out genre and storyline that kept me entertained for the rest of the film… and almost made me forgot about the aneurysm I had with the password plot hole. 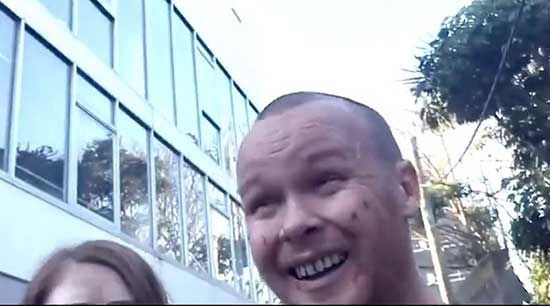 This is a tired story, but by focusing the film on the junkies, Bryce (Aaron Patrick), Cass (Jess Turner) and Wes (Ross Perkins), Ross changes things up just enough to keep you intrigued. Learning about them and their personalities, their backstories and their motivations; you actually begin to care about these druggies more than the people they are terrorizing. On top of that, their funny buggers. They are having more fun piss-farting around than doing any actual criminal activity. The victims in Mad House were more a prop than anything, and that was a good thing. It was the film’s saving grace. 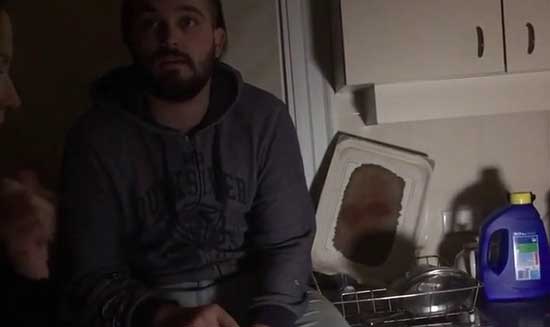 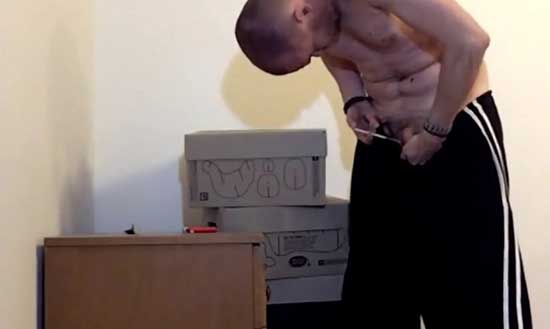 My biggest gripe in found footage is the whole “why the hell would someone CONTINUALLY carry/hold a phone/camera during these traumatic events”. Ross kinda negates this gripe by making our junkies use the mobile phone (or cell phone, for you Americans) as kind of a safe space for themselves, to vent their fears and aspirations, in addition to catalogue the torment they sparingly dealt to their victims. It’s just enough of a gimmick to make it acceptable that they are constantly filming. One thing I completely hated were the “issues” the phone magically had at times, some even mimicking VHS “technical difficulties”. Like the found footage favourite: video chopping when people run. This is passable when the film is “shot” on tape, but when it’s recorded on a phone, it’s just lazy writing and really takes the viewer out of the world.

The story, which is actually pretty sparse and minimalistically basic when you step back and look at it, doesn’t really lull save for the party scene. The junkies and their mates who come in and out throughout the runtime really keep your attention span, especially because they are so typically Australian-Yobbo, it’s like watching a drug-fueled nature documentary. For those non-Australians watching the film, have Google handy to figure out what some of the colloquialisms said are.

The story does seem to have a tacked on lasting 10 minutes, which felt like an afterthought more than anything, but it still moved the story along and provided the “Hollywood” ending most people would want. 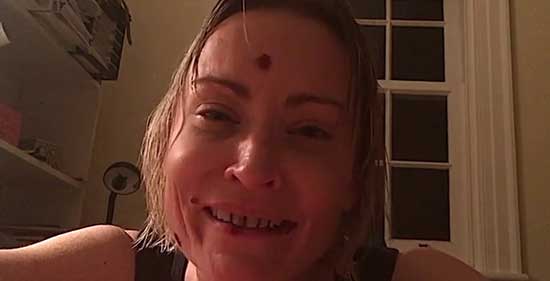 All in all, Mad House is a fresh enough take on the beaten horse that is the found footage genre that provides enough quirks, colorful characters and dialog that will keep you entertained; just stick through the first 10-15 minutes and you will be glad you watched this one.