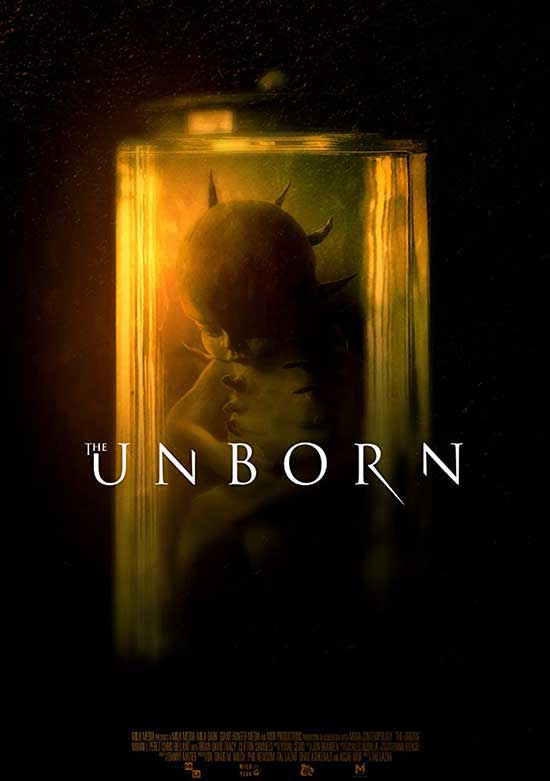 Strange, unexplained events unfold at an old factory. Two security guards must come to terms with reality: Tiffany as a future mother, and Joey who is secretly in love with her. But someone has other plans for both as well as Tiffany’s unborn child.

I wish I could say that I’ll do my review of “The Unborn” when the movie is finished, but I don’t think that is going to happen, so let’s get into this.

If you thought from my opening line that this is a hit piece on “The Unborn”, you’d be off the mark. If this was the first episode of a series on some streaming service, I’d definitely tune in for a few more episodes. Sadly, the film, so far, seems to be a stand-alone project.

We open to Tiffany, a security guard, getting an ultrasound before she goes to her shift. She does not seem thrilled about her pregnancy. So much so that she neglects to tell the father of the child when she arrives at her place of work, where he also works. How convenient! 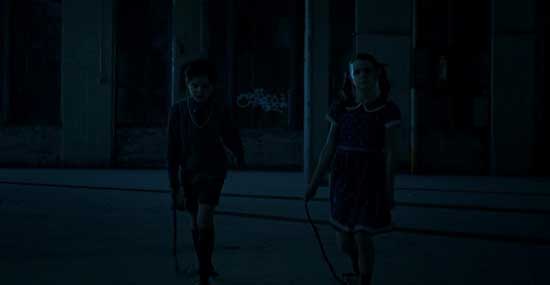 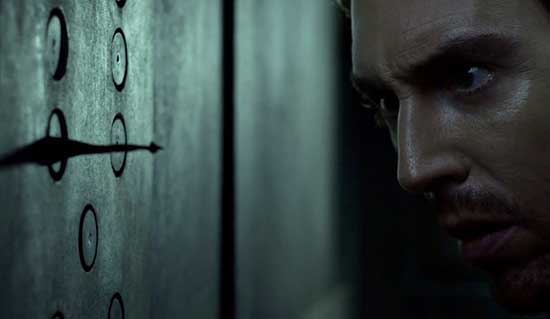 Do we ever know why she doesn’t tell the father about the baby? No, but it really does not matter because he is the first person to disappear in the film, right after cutting his finger on a weird piece of metal on the elevator control panel.

No time worry about that. The previous shift leader wants to leave so he can take his mom somewhere, so Tiffany gets right to work. Her and her shift partner Joey, who is smitten with Tiffany, are to do a final security check on a building scheduled for demolition. They have to check each door on each floor to confirm they have all been reviewed and sealed according to law.

No sooner than these two are left alone, strange things start to happen. Tiffany hears an odd noise and looks out of the control room. She sees an antique windup toy. That wasn’t there before. Aaaannnnnd – she ignores it. No kidding. Just turns away. Does she have a history of seeing things that aren’t there or is she just bad at her job? Stop asking as you never find out, but I’m banking on being bad at her job. Plus, you know, the script. 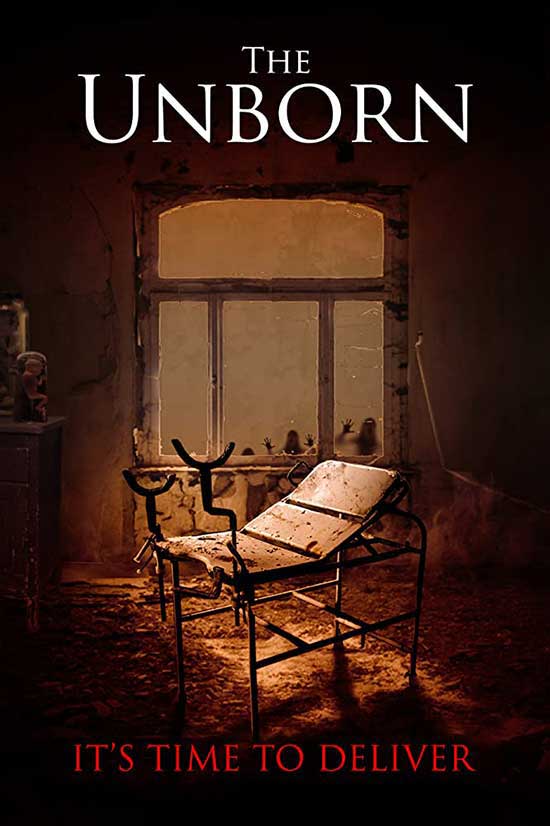 More minutes of both her and Joey hearing things. They either ignore the stuff or they freak out but don’t try too hard to figure out where the sound is coming from. Eventually, Joey finds a room with the security seal broken. Inside, he finds weird anatomical sketches, an illustrated diary of some sort, and a baby float inside of a jar.

The noises continue. But then Joey stumbles upon a couple of kids who, at first, disappear when he shines light on them, but then they become more solid and chase him to the elevator where he also has his finger stabbed by a strange piece of metal on the elevator control panel. The piece of metal begins to burrow into his finger. 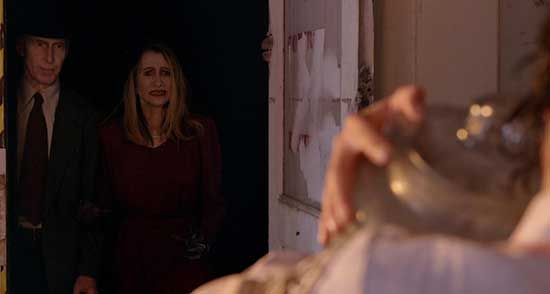 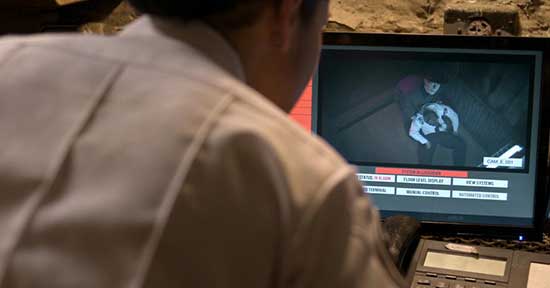 Soon, a tall man in a suit and hat begins to stalk the two as Joey’s condition worsens.

Apparently, a couple who lived in the building ages ago did some experiments on fetuses or something. The film isn’t exactly clear on these points. We’ll just ignore the fact the building’s current architectural style is late 50s, so that indicates the original building had been torn down, yet no one found anything weird then? Again, don’t look for reasons or explanations.

In a nutshell, that is the biggest problem with “The Unborn”. You get lots of set up but there is no clear reason for any of this. While ambiguity can be a useful tool, it is laid on so thick that the film just leaves you feeling hollow, as if wondering why you watched the whole thing when it does not seem to go anywhere. You end up with more confusion than any satisfaction. 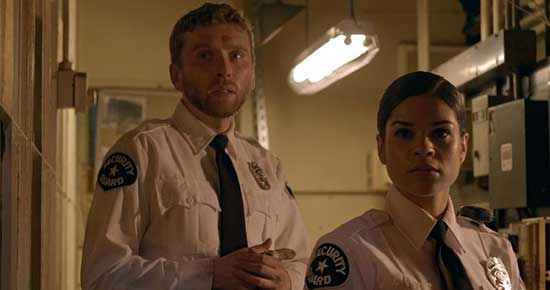 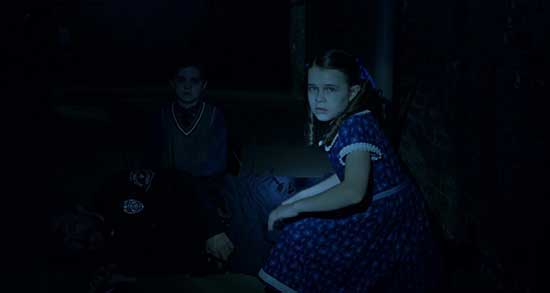 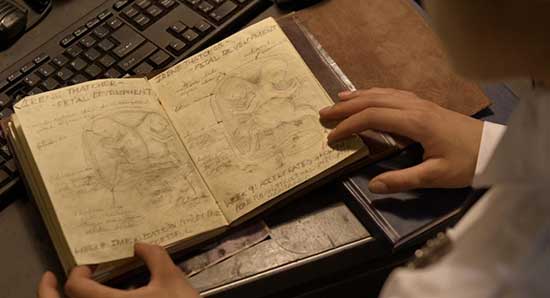 What is here is a bit overdone, but, as I said earlier, if this was the first episode of a series, it has enough hooks to keep the interest going through a couple of episodes, but as it is, it just feels either incomplete or half-assed. I’ll give the filmmaker’s some credit and go with the argument that is somehow incomplete as the film clocks in at roughly 70 minutes. If they could trim some of what they have and give us a scene or two to make sense of what happens, “The Unborn” would be a fun little movie.

The title “The Unborn” fits the film’s missed opportunities. As it is now, the film constitutes an interesting misfire and not much else.