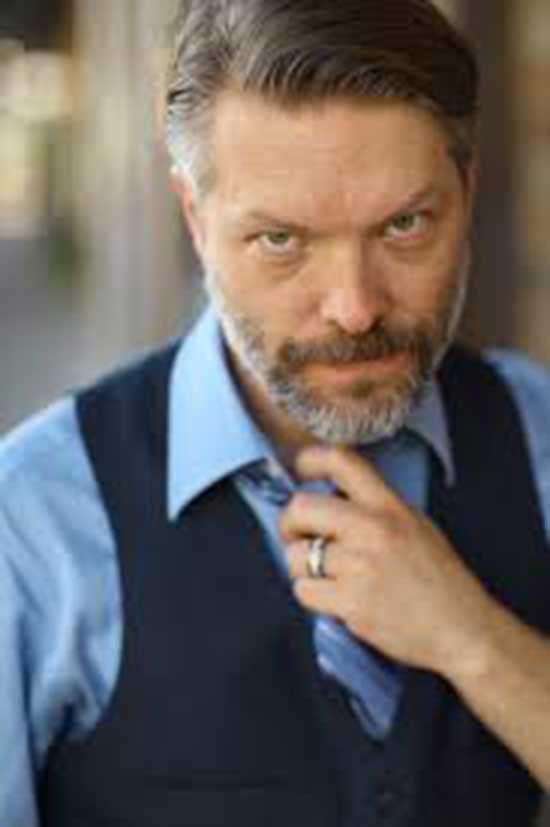 Director/Writer/Actor, Miles Doleac took time to talk with Horrornews.net about his new film, The Dinner Party. Miles Doleac has a Ph.D. in Ancient History. Miles wrote and directed, Hallowed Ground, The Historian, and The Hollow.

THE DINNER PARTY- In Theaters, On Demand, DVD June 5

I watched The Dinner Party and oh my gosh, I’ve seen most of the films you directed and they are great. The Dinner Party reminds me that if you took an Opera and an art museum and turned it into a movie. It’s so good.

Miles- That’s a great compliment. In some respects, that’s what we were going for. I really appreciate you saying that. We had this vision and tried to create this baroque visual aesthetic for the film, based on paintings from someone like Caravaggio or Ribera. We had this very specific visual palette we were looking at, from a lighting perspective, from a color perspective so, I’m pleased how it turned out visually and from a design stand point. Its rare that those early conversations manifest into exactly what you envisioned into the final product, in terms of the visual scope of the film. I’m pleased to hear you use the art museum metaphor because we were going for something that looked like a baroque painting.

That’s the best way I can think to describe the movie. It’s stunning. I’ve seen “The Hollow” and “Hallowed Ground.” You can tell these are your films that you directed. You can sort of tell its your film yet they are all different. The scenes in The Dinner Party are beautiful. The scenes with Bill Sage chopping the food and Lindsay’s outfits in The Dinner Party. Everything is beautifully done.

Miles- I was just doing an interview with a guy and we were talking about the energy that goes into planning movies. Especially, with independent level because you have to have a game plan and you have to have a target because you don’t have any time and you don’t have any money when you get onset. The clearer the idea can be going in, the better off your film is going to be. I feel like this film, maybe more than any film I’ve directed the game plan, the target was clear. I think that was huge for the final project. All of the design elements working together, Michael Williams, our director of photography, Julie Toche our production designer, Lindsay Anne Williams who designed the costumes, our lighting folks, Jeremy Sande, and Ryan Haik. We were all on the same page. That’s hard to replace and such a huge thing. We had this unified vision and everyone understood what the end goal was. They all delivered beautifully.

They did a great job. What accent were you using for Vincent? I was thinking New Orleans and then British? Then I thought Yorkshire/Cockney accent?

Miles- Its kind of a riff on a Yorkshire/Cockney accent. I wanted him to feel very other… I had just done a theatre production of Oliver where I played Bill Sikes and I kind of just built on that. (Please Note: Miles was speaking with the most beautifully perfect accent while he said this.) I wanted him to have this elevated accent on the one hand but maintaining a little bit of grit.

I was thinking about it because Vincent seems so aristocratic. He’s debonair and poised. These are the “bad guys” or the “villains” but they are not portrayed like that. They are portrayed as human beings living life and this is just a regular process for them. Did you think about that when you were writing and in the process of directing?

Miles – The script came to me; the original writer is a guy named Michael Donovan Horn. We went through a lot of re-writes, tweaking and polishing. But what the script had in that foundational stage, that embryonic stage when Michael sent it to me, was this idea that people who have suffered profound abuse will often will deal with that by becoming abusive themselves. I think it was a fascinating psychoanalytical road to go down. Initially, they were conditioned to the kind of behavior that they’re now engaging in. They don’t see themselves as bad people, they see themselves as living their lives and in some ways elevating society with this twisted path. I saw the script and it continued to evolve and develop. 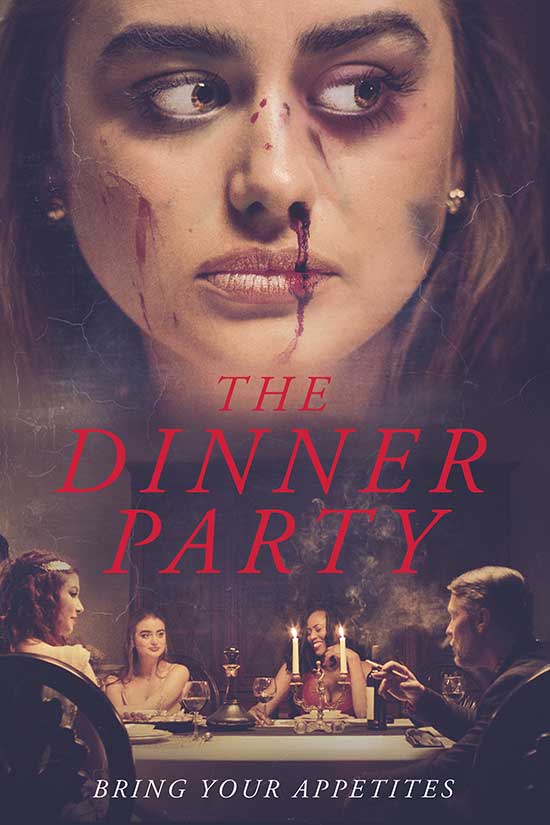 Did you have to do any research because there is some interesting stuff happening. There is a lot of care put into this movie, artistically. There are so many intricate details that stand out.

Miles- I have a Ph.D. in Ancient History and Ancient Religion in particular is an area of interest of mine. Some of the occult religious elements I had done a good bit of reading about and thinking about. The background of the character for Sadie, without giving anything away, who she is and what she represents. I think one of the biggest challenges was tying the opera stuff together. My longtime friend and composer Clifton Hyde, I went to high school with him. We sat down with the script, Lindsay, Clifton and myself. We sat down and went through all the opera bits to make sure it was spot on. We actually changed some, if there was an opera that he thought was more appropriate for a character we changed it. We rewrote the speech. Some of that is woven into the score. Its so heartening and wonderful to hear somebody say there’s so much detail. 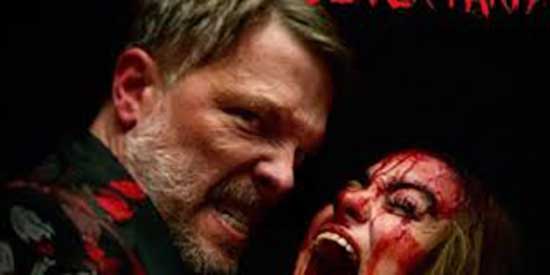 What do you want to say to the people who will be watching The Dinner Party?

Miles- I think horror is such a fascinating genre. Primarily because the fans of horror are so impassioned and so rabid. They are open and willing to go on this journey with you. I love that about horror fans. I hope they will go on this journey with us, I know that they will. Horror movies can go in a ton of directions from a psychological thriller to slashers. It also provides a wonderful opportunity for social commentary and to say something about the current state of things. Of course, this movie was made before the current pandemic. Its so gauche to say that your movie has a message but, I hope that all my movies have a voice. One of the things that I thought a lot about is how we need a greater feminine presence in our films and pop culture. These last two have been really female-centric. The presence that hovers over the whole proceedings here is a mother-goddess, primal kind of presence. So, I hope that in some small way I’m contributing to what, I think is a sea change in our industry where we are seeing more films that are driven by female leads. The female characters are just as interesting, just as important and have as much to say as the male ones. That was something that was important to me.

The women in this movie are empowering so you did a good job. Lindsay, Allie and Kamille did a great job portraying these women. I think we need more of that for sure.

Miles- Well, I’m all about it.

I do want to ask you about the special effects. There is a lot of blood and really great effects. You guys did a great job.

Miles- Thank you. A lot of it is in the words of Hans Solo, “simple tricks and nonsense.” There’s a lot of magician-ship on horror films. The visual effect wizards who work on computers. There’s some green screen work in this movie, there’s some CGI work in this movie and some practical effects. A lot of the things that you see are being done onset. I don’t know if there’s enough of that in the modern horror movie realm. There’s a lot of computer and CGI work but there’s not enough practical stuff. We tried to do a lot in this film practically so yes there were gallons and gallons of blood everywhere. It’s the illusion of the terror and the anticipation of the terror. I took that lesson from the maestro Steven Spielberg and one of my favorite films Jaws. The shark is a hell of a lot scarier when you don’t see it. Its you seeing what the shark sees, that is so utterly frightening.

I agree and Jaws is great. That intensity is so good. I also thought the moment in the film, not to spoil anything but the conversation about people don’t talk to each other anymore. I thought that was a powerful moment since we are in a pandemic right now. I love talking to people and hugs and all that and its just such a strange time so I thought that was such a powerful moment. Communication is so important. I mean we can talk on the phone, go to Google Hangouts or zoom but, person to person talking is great.

Miles- That line that’s in the movie, “technology is a barrier to real human connection,” I hope I’m not paraphrasing. It’s so true, up until now. So often you just want people to put the phone down, look each other in the eye and have a conversation. One thing I found so interesting is that I have old friends and family members reaching out to me and wanting to get on the phone or a zoom meeting. This group of people, they’re old school like that, they want to sit around the table, drink great wine, eat great food and talk about opera, art or novels. What makes you tick?! That’s why Carmine presses Haley on her past. That’s who these people are.

Are you working on anything else right now? I know we are all at home now for the pandemic.

Miles- I am doing some writing and working on a new script. I’m also rewriting an old script. I’ve been reading a lot of articles about when and how movies get back up and running. What steps will be necessary on film sets. I’m one of those people that… I believe that nothing is worth a single human life feeling unsafe on your set. I believe we need to take it slow and listen to the experts. It’s hard, we all want things opened up and we all want to be doing what we were doing before. My hope is that there is some time to reflect and being at home and thinking about what’s really important, maybe on the other side of it, society and the world is a little bit better for it. I just believe that creativity and artists and the voices of artists are more important now than they’ve been in a great long while. I’m a historian so I’m not to going to say, more than ever, I’m not going to say that. The things that have comforted me in this pandemic are movies and television shows. Lindsay and I are watching the Bond films and that’s comforting.

Miles- Thank you Janel. It has been my pleasure. 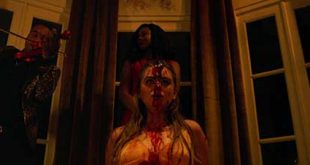 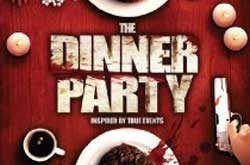