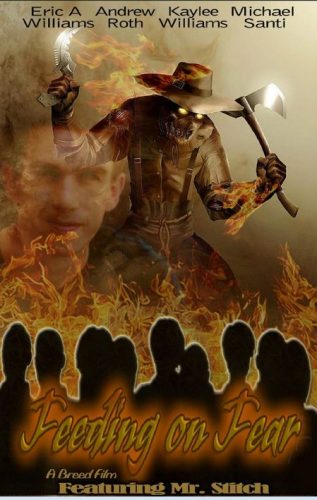 Erik is an average kid with average problems; an absent father, a neglectful mother and being bullied at school. The town’s Harvest festival is right around the corner and Erik has a “killer” costume that he wants to surprise everyone with. Before he can get the chance, he is beaten and his unconscious body is hidden under the timbers of the festivals bonfire. Soon after the fire is lit, everyone is horrified to see this burning figure burst through the flames then collapse in front of them. His death is considered an accident and his charred remains are quickly laid to rest. The town has all but forgotten what had happened a year before; that is until Erik came home seeking his revenge.