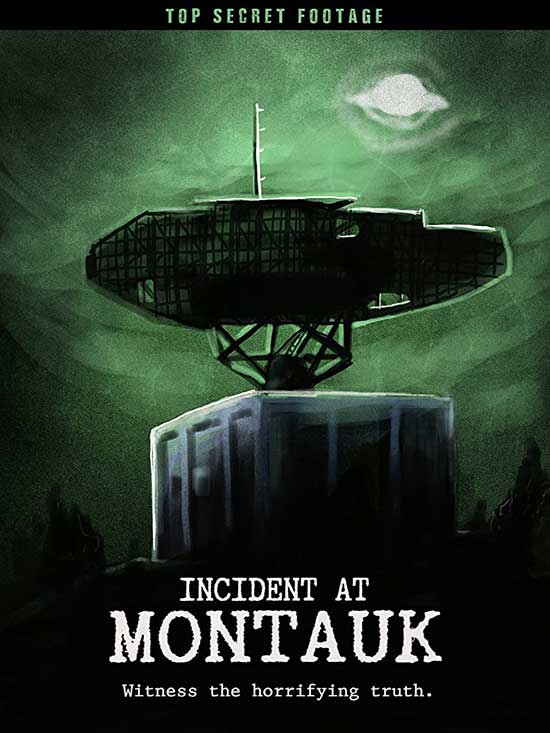 After witnessing a UFO, Jed Logan soon discovers his sighting may be linked to a secret government project which leads him down a dangerous path to uncover the truth.

People love a good conspiracy theory. There’s been lots to choose from over the years, from old favourites like Stanley Kubrick faking the moon landings on a sound stage in Nevada, or that the CIA was behind the JFK assassination; to more out there ones such as Paul McCartney being killed in a car crash in the 1960s and secretly replaced with a doppelgänger, or that Elvis faked his own death in order to spend more time appearing in out-of-focus random photographs. One subject in particular has been a goldmine for these theories though; good old extra-terrestrials. 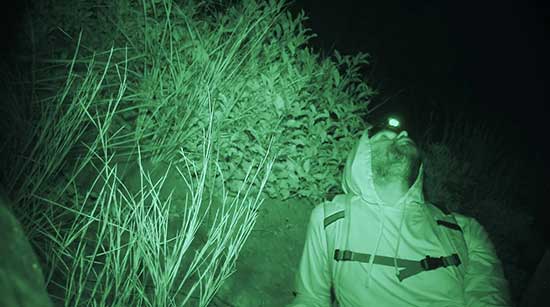 Incident at Montauk is among the latest movies to try and shed some light on one of the creepiest alien-related conspiracy theories out there; the “Montauk Project”. This micro-budgeted 2019 sci-fi horror is the brainchild of Owen Mulligan, a self-taught film maker who wrote, directed and edited this movie. As if this was not enough for Owen, he also filmed, lit and took the lead role (Jed Logan) too. The film is yet another addition to the vast catalogue of found footage horrors, a genre which I think it’s fair to say has seen far more misses than hits over the years since The Blair Witch Project popularised the genre, even if it was not the first to try.

The movie opens with a title card informing the viewer that what you’re about to see is comprised of Jed’s edited video logs and “other footage” that was leaked online by an unknown source, a reasonably clever way of getting around the fact that the narrative won’t make much sense, something most found footage horrors seem to gloss over and hope for the best with. After this we’re straight into the familiar digital-looking green on black night-vision footage that the genre is renowned for; Jed himself tells us about his potential UFO sighting on the previous night, a silent, glowing orange object far above in the night sky over Long Island, New York which he saw briefly before it sped off into the darkness. 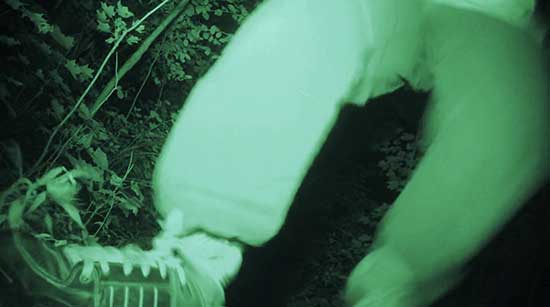 Unable to spot the object again, Jed turns to the internet for information (as you would, it’s not like there is any false information floating around on there – especially on a subject like UFOs) and before long has stumbled across a site which allows people to upload and compare their own sightings and footage to that of other users; it turns out there have been many other sightings in the Long Island area, many of which bear similarities to Jed’s.

Thus far Jed has been commendably level-headed about the whole experience,

not resorting to hysteria and maintaining a healthy scepticism; but before long he is contacted by that eternal bastion of truth and reliability, the random online weirdo. The one Jed attracts claims to be an ex-Long Island resident who has vast experience (obviously) with UFOs, especially relating to the Camp Hero site in Montauk, a decommissioned former Air Force base on a stretch of land along the Atlantic coast. Jed soon arranges a webcam chat with his new-found loon, who of course covers his face entirely with a fetching cap, shades and mask combo, and distorts his voice. 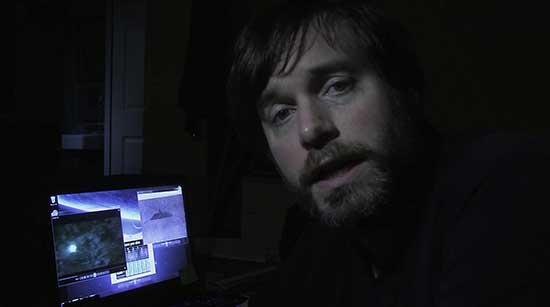 Regardless, the tales of intrigue the stranger spins quickly grab Jed’s attention; and before long he is becoming increasingly paranoid about just what is going on out at the Camp Hero site. Apparently the government had in the past conducted all manner of bizarre experiments there, including research into psychic warfare, mind control, alternate dimensions and time travel – all using top secret alien technology. And supposedly their guinea pigs of choice for many of their experiments had been many thousands of the local homeless population, which they secretly abducted and funnelled into the base’s secret 12-storey underground network of tunnels and laboratories. His curiosity piqued, a still semi-sceptical Jed decides to head back out for himself to have another poke around the site – armed of course with only his night-vision equipped camcorder.

Owen plays Jed as a very softly spoken character who doesn’t seem at all convinced about what he’s seen initially, more interested in finding a rational explanation than in peeling back the layers of bizarre conspiracy theories. He is a likeable enough character, if a little bland. The movie does a fair job of creating an atmosphere of throat-tightening paranoia; although little of note actually happens, there is nevertheless a sense of steadily ratcheting tension throughout, especially when Jed returns to the base and finds evidence to suspect there may be sub-stance to the stories after all. 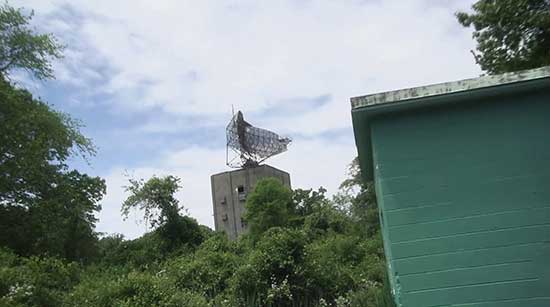 It does however fall prey to the bane of many a found footage movie, in that on occasions it’s difficult to believe there is any justification for scenes being filmed, and indeed who is actually doing the filming. At times the movie – short though it is at only 59 minutes – feels a little inert and lifeless: although it’s commendable that it uses atmosphere rather than cheap jump scares to create tension, it would be nice if something of note happened every now and then; but for the most part we are passengers on Jed’s mainly uneventful journey.

That being said what Owen Mulligan has achieved with Incident at Montauk on a ridiculously small budget of around $7000 is deserving of a great deal of respect, especially given that he is responsible for almost every aspect of the movie. There are only three other cast members who appear (briefly) throughout – one of them being J.T. Holden, an Iraq war vet who also acted as military adviser – so Mulligan carries the majority of the acting duties on his own shoulders, and acquits himself well by portraying Jed as an initially sceptical character who slowly begins to suspect there is more at play than he first thought.

The movie has clearly been meticulously researched too, which helps to ground the bizarre events discussed in reality; the conspiracy theory at its heart is one that is very real to a lot of people, and still generates enormous interest to this day. Very similar – and disturbing – themes have been explored previously in many works of fiction and non-fiction, including movies like The Philadelphia Experiment, and TV’s Stranger Things openly cites the Montauk Project as an inspiration. Peak exposure came back in 2008 with the famous “Montauk Monster” – when a hairless, skeletal creature washed up on a beach in the area. Photographs of the grotesque carcass spread like wildfire across the internet as supposed evidence of genetic tampering gone wrong – this myth was later debunked when the creature was identified as a dead raccoon (or is that just what they want you to think…?!) 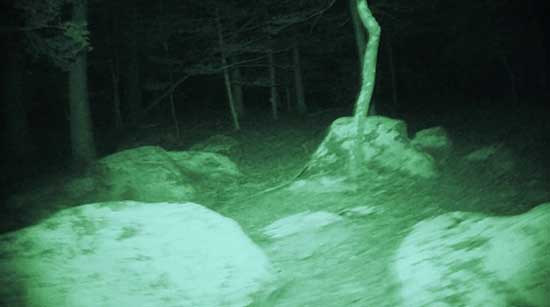 As with many found footage movies, there will be a lot of viewers who will absolutely hate Incident at Montauk; but it does at least try something a little different with the format, and if you can appreciate the subtle world-building and favouring of mood over cheap scares you may find this a reasonably entertaining hour. The world it establishes feels authentic and increasingly threatening, a must for any decent conspiracy theory-based movie, and the fact it uses real-life theories as its foundation without resorting to cheap sensationalism is very much to its credit.