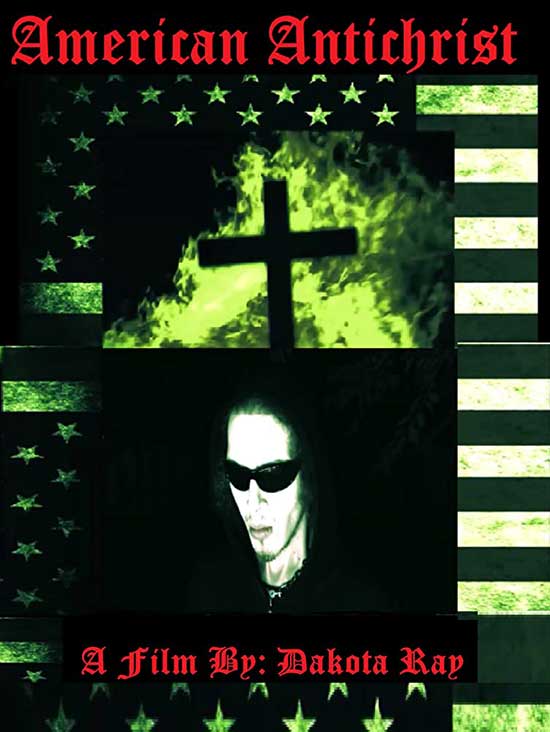 American Antichrist is one of the most recent offerings from auteur director Dakota Ray, a Native American film-maker from Denver. As with the majority of his experimental movies, Ray is responsible for most aspects – he produces, directs, shoots and appears in many of them. Antichrist was filmed in six months in 2018, and shares many traits with the director’s existing filmography – dark, sinister visuals; nihilistic themes and characters; and a brutal metal soundtrack (in this case from the band Fallow). As with all of Dakota Ray’s output as a film-maker, American Antichrist will not be for everyone. Many people may struggle to get through the opening frames, as the cumulative effects of the nightmarish visuals, arthouse-style experimental approach to narrative, non-linear story and punishing soundtrack will deter some almost instantly. Stick with it though and there is definitely talent on show here. 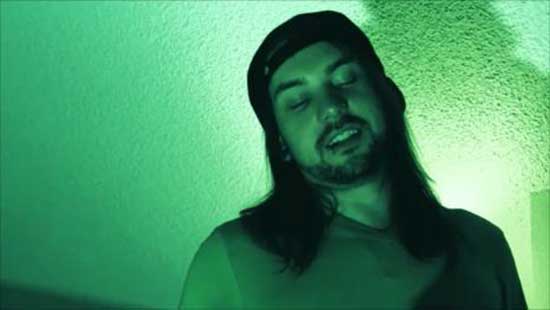 American Antichrist is basically composed of a series of loosely linked vignettes – each being introduced with a title card – and a framing story which introduces us to Ray himself as a serial killer, recently resurrected from the dead following an accidental overdose and now acting as host to an evil supernatural entity, which we can assume is the titular Antichrist. During the course of the vignettes we meet characters such as twisted drug peddler Chris (regular Ray collaborator Nick Benning), religious fanatic Benjamin (Larry Bay), desperate junkie Crystal (Meg Lacie Brown) and snuff film-maker Sid (Damien Rimmon). Most of the characters interact with each other in some way, the main thing they have in common being their willingness to commit acts of utter depravity and inhumanity. 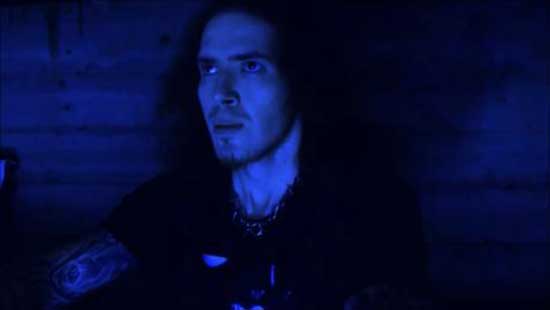 I think you will need to be a certain type of person to like American Antichrist (we Brits would call it a “Marmite” movie – much like the weird yeast-based foodstuff, many people will either love it or hate it – not much room for middle ground); it is definitely not an easy watch. Much of the (very short at 49 minutes) movie comes across as a kind of Glenn Danzig heavy metal fever dream, with a kind of woozy, hallucinatory visual vibe that is deliberately disorienting. There are many uses of religious iconography and desecration, with angels and demons aplenty and scenes of crucifixes being vomited on; as well as scenes of animal abuse and death, self-harm and drug use (it’s fair to say this isn’t The Waltons). It is definitely the kind of movie you will feel dirty after watching, though you won’t quite know why. 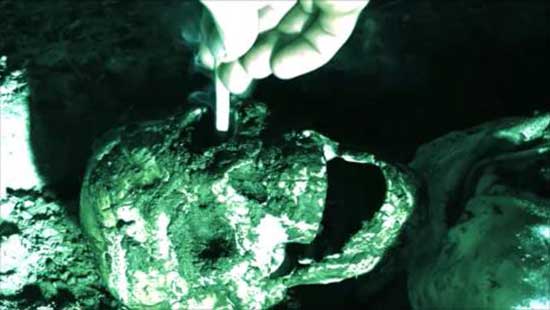 Surprisingly, the movie is fairly light on actual gore – this could be down to budgetary restraints (American Antichrist is definitely in the micro-budget category, being made for a reputed $10,000) but also a conscious decision on Ray’s part, as the visuals have a deeply unsettling quality as it is without cheap blood-letting. The sound design in particular is brilliant, with weird, distorted effects combining with Ray’s own hellishly deep voice-over to produce an almost unearthly feel. Oddly though Ray does seem to love himself a good video wipe, with many scenes transitioned by various types; George Lucas would be proud. 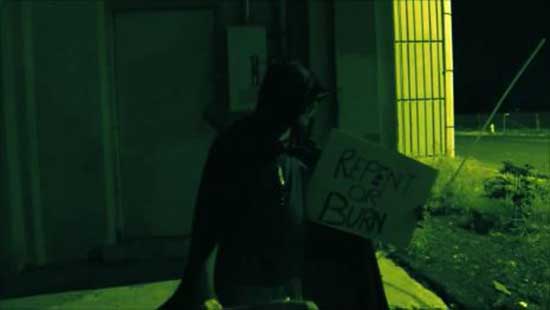 Unfortunately we don’t really get much sense of the characters in the film, in part because of the very short screen time each has; but depth of character doesn’t really seem what Ray is going for here, being more interested in using his obvious ability to use the tools he has to create a horrifying alternate reality. Darkness and menace drip from every frame, along with a pervading sense of hopelessness. The actors all acquit themselves well though, each character feeling very much at home in the pool of iniquity Ray has created for them to wallow in. 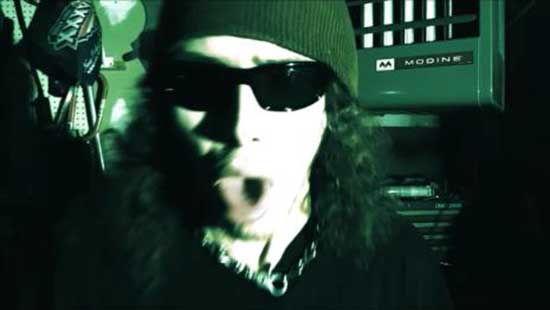 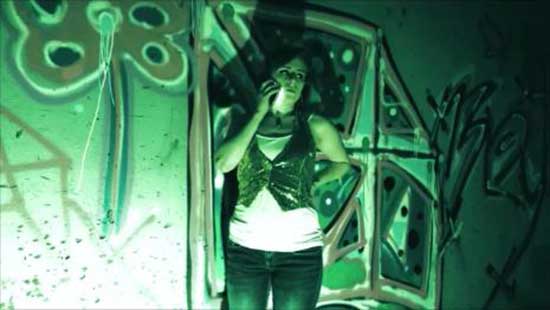 The individual viewer’s tolerance for arthouse/experimental film making will probably determine how much they get from this film; enjoyment doesn’t seem quite the right word, as it seems unlikely many people would truly enjoy what’s on offer here. If you’re open-minded enough though you may well appreciate the skill with which Dakota Ray has brought to life a truly horrible, desolate world and populated it with human flotsam. Compared to his earlier works such as Satan’s Coming For You and American Scumbags there is obvious progression and increasing skill as a film-maker on show; American Antichrist still feels more like a show reel or a series of loose scenes rather than a cohesive movie, but there is definite talent on show here and it will be interesting to see what Dakota Ray comes up with in the future. 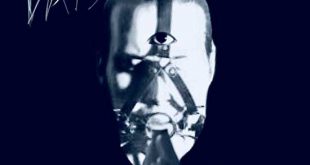 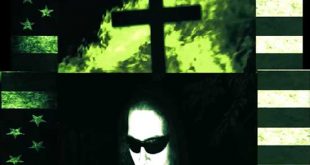 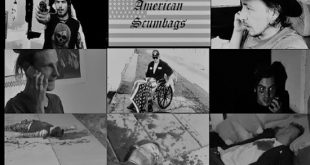