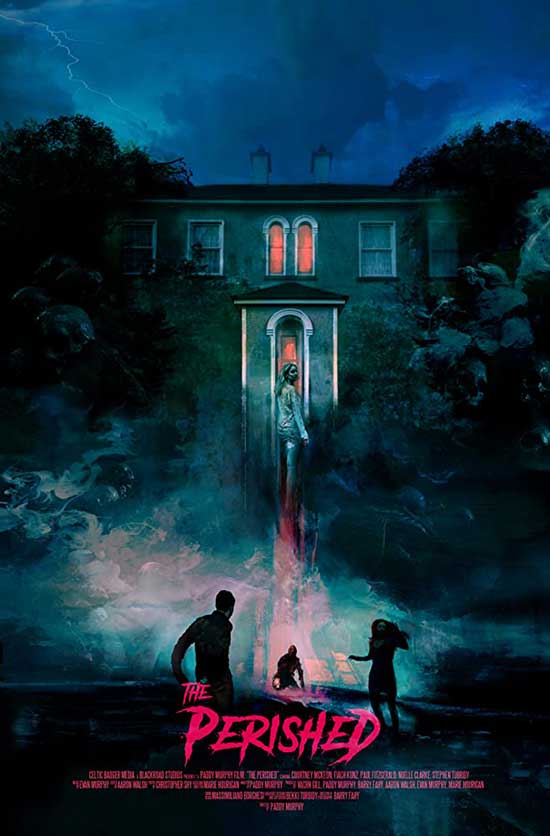 Sarah Dekker is dealing with the trauma of an abortion. Shunned by her mother and dumped by her boyfriend, she recovers at an old parochial house. Unbeknownst to her the house is the site of a mass baby grave- they need a mother.

Directed and written by: Paddy Murphy.

Writer/Director, Paddy Murphy (The Three Don’ts) wrote and directed The Perished. The film is dark and brutal. Things hit hard and close to home. Women are powerful beings but (Not to get political or anything) we often also have other people telling us what WE should be doing with our bodies.

It starts off with a party, because why not? Everyone is having fun, drinking, dancing. A couple leaves the party and heads out to the car and they get wild. (Who can blame them?) Sarah (Courtney Mckeon) is puking her guts out in the bathroom. Her mom is concerned.

Sarah goes to the doctor to get confirmation of what she knows. She goes to see the father of the baby and he wants some space. Sarah isn’t in the best place. She turns to a friend to talk. This movie runs at a pace. Paddy Murphy is telling the story. It goes at a good pace. The shots in the film are incredible. 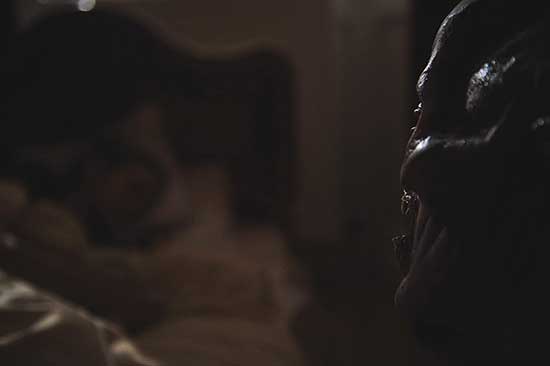 Her mother finds out and she is MAD! Mommie Dearest MAD! This movie is emotional. It shows what families go through. There is so much pressure and stress for women, for people in general. Sarah’s mother finds out about the abortion too and she throws her out of the house. Her father tries to help. You never know what anyone is going through in life.

Sarah heads off and she is going to get an abortion. Sarah is with Davet (Paul Fitzgerald) and they are taking a break and having a glass of wine. Sarah is staying with Davet. Now, the real deal creepy starts happening. Sarah is going through hell now. This is a film that touches a few nerves. It is

There is an uneasy feeling in this movie. It makes you think and it invokes fear. Sarah is seeing things and they are horrible. It is panic-inducing, and reminds you of the worm scene in Poltergeist. Sleep paralysis monsters. Sarah is also spitting up blood. The special effects are great. Shane (Fiach Kunz) is still deciding what to do. 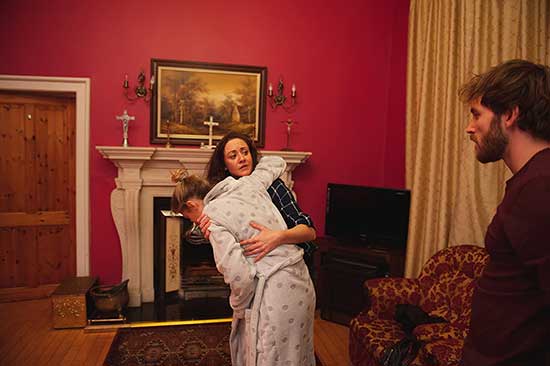 Davet leaves Sarah on her own, he is being a good friend and Paul Fitzgerald does a good job playing Davet. Sarah is by herself now in the house. This gets creepier as the movie goes on. The loud, eerie shrieking sounds. The Omen and Rosemary’s Baby come to mind while watching this movie. It makes you wonder about the psychological well-being of someone that does go through this. 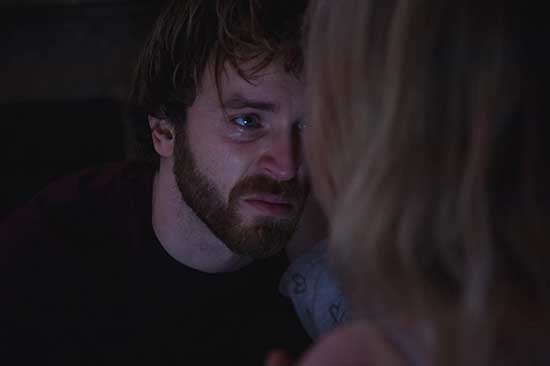 An abortion is a huge decision and often a topic that people do not talk about and Sarah’s mental health is going awry as she is losing it while being left alone. Shane shows up at Davet’s place to talk to Sarah. Shane sees what is happening to Sarah, the small moments, at least. Sarah should really get some help, medical help. She is bleeding again. This is wild. Sarah tells Shane about the abortion. This feels overwhelming and sad. 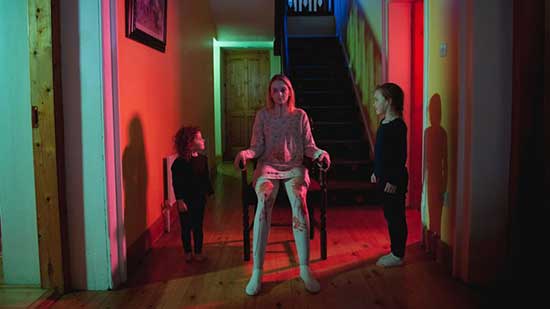 The Perished is well written. This is about a woman and what she is going through, her body. This was her choice. The film touches on that and it is the weirdest part now that Sarah is bleeding and appears to be pregnant again. (What kind of sorcery?!) Was it the creature?

Sarah and Shane have a heart to heart conversation and Shane isn’t happy. Sarah is in more pain, these wild nightmare creatures return. Is she dreaming? Is it real? (Is someone going to call a doctor? A priest maybe?) A lot happens in this movie and the special effects are excellent. Paddy Murphy did an excellent job with the writing and making you care about these characters. You need to watch the movie to see the ending. 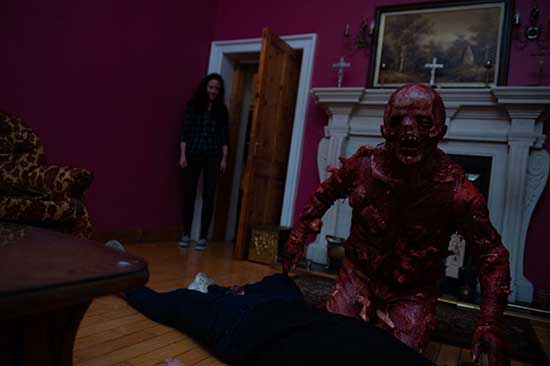 If you want to see a good movie with some great scary moments. The special effects are great. Make sure to check out The Perished.