Film Review: A Stranger Among the Living (2019) 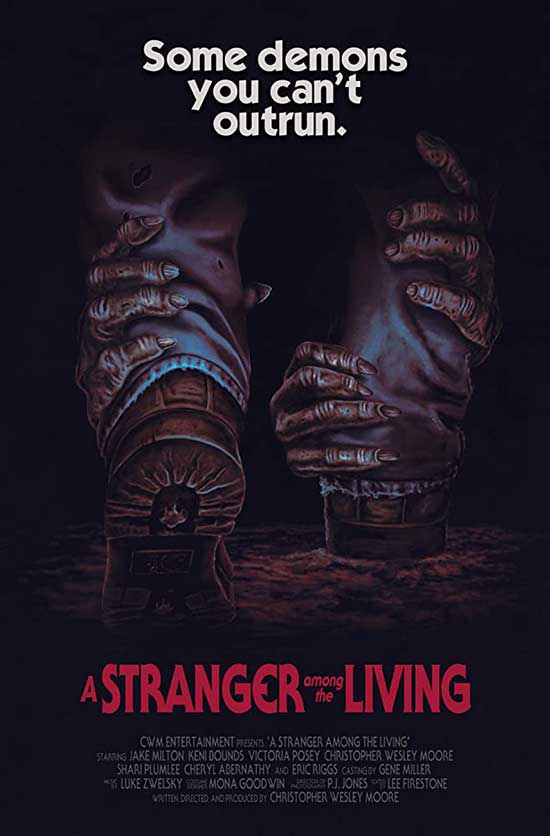 A young teacher finds himself haunted by the undead after narrowly escaping a school shooting.

I’m actually really surprised there hasn’t been more horror movies centered around school shootings. The depravity alone of such an act seems like the type of subject horror writers would salivate over, however I understand that one would not want to commercialize and desensitize such an agonizing and family destroying act. A few films have successfully dealt with the subject, Rudderless (2014) and We Need to Talk About Kevin (2011) come to mind along with the Columbine movie (the title of which escapes me), but it seems to have eluded the horror genre. 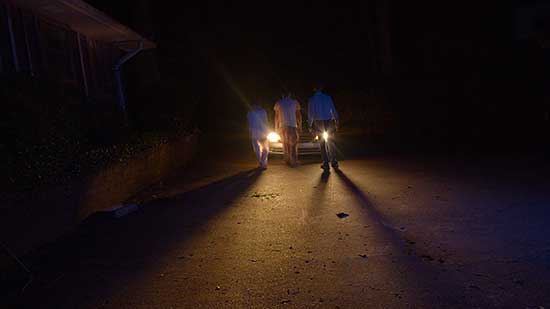 The key to dealing with such a sensitive subject is to concentrate on the people and events around the shooting, and not the shooting itself, which is exactly what A Stranger Among the Living (2019) did. What the film doesn’t do, however, is completely make sense, but to be fair the same can be said for many horror movies.
The story centered around Henry, played by Jake Milton, a high school teacher and struggling actor who dreams of making it big. He lives with his mother, Patsy, played by Victoria Posey, with whom he has a strained relationship.

Which brings us to the first problem with the film. These two actors need to speak up! I can’t hear you! I was constantly turning the movie up when they speak, and down when someone else speaks. And a few times they have conversations that last a few minutes and I can’t decipher what they are saying. This was unbelievably annoying and I hope it was only my copy of the film.

The movie opens with the ole’ “the dream that the audience doesn’t know is a dream” cliché. Henry’s dream has bleeding people telling him “it’s all his fault,” dead people, and…a jump scare with Nana in her nightie. I’m not kidding. And this isn’t her last appearance. Whose Nana she is we don’t know, but she’s old and in her nightgown.

However, the loud music that accompanied the jump scare happened a half-second before the visual on screen, which happens a couple other times in the film. But, other than that, the dream sequence was actually creepy, a great example of what can be done on a low-budget.

A kid at school posts a threatening video which Henry believes is connected to his dream. He suggests calling the police but the principal just suspends the student. Henry then has to leave school for an audition, getting another teacher, Patti, to cover for him. After a bad audition, he meets Jessica, a third teacher, for lunch and facetimes with Patti to thank her for covering for him. They hear bangs in the background, and then Patti is shot in the head.

The 65-year-old teacher facetimes? Also, those bangs sounded rather far away, that kid must’ve been a hell of a shot. And good thing the phone fell propped up facing her so we could see her laying on the ground. What are the chances?

To cope with this disaster, Henry and Jessica go to a meeting for those who have been through traumatic events and meet a loud and outgoing group member, Jarvis, who is also an actor and recognizes Henry from local auditioning.

Jarvis is played by the writer/director, Christopher Wesley Moore, who is the best actor in the film. He also has written and directed a few other horror movies, including the horror/black comedy Triggered (2019), which I haven’t seen but have heard good things about.

Henry and Jarvis get drinks and afterwards Henry’s confronted by a mute nun in the parking garage. He tries to run but the nun and a man, who are the slowest walkers in the history of life, follow him. If you’ve ever seen the old movie, The Mummy (1932), where you could go make a sandwich and take the trash out before the mummy can get to you from across the room, its similar to that. Henry, who is still in the parking garage, then bumps into Jarvis, who says he will walk Henry to his car, but then quickly walks off screen, leaving Henry behind. And then the scene ends. Your guess is as good as mine.

After another meeting, Jarvis asks Henry to come have dinner at his house…that night…for his birthday…and his fiancé is cooking…and no one else is invited. So, let me get this straight. A person you’ve met once asks you to come to his birthday dinner at his house where his fiancé is cooking, solo, and you need to come over immediately. It’s just going to be you and a couple you don’t know. For his birthday. I know what I would do…Run! 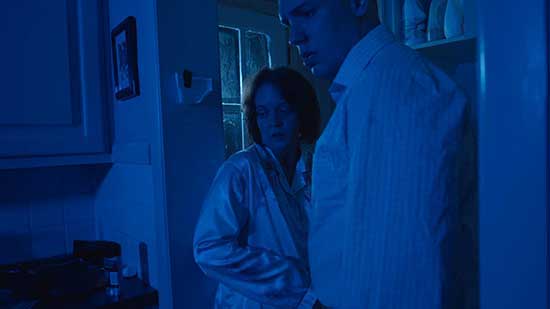 But during dinner, Henry realizes that the nun from the parking garage had recently died BEFORE he saw her in the parking garage. He then gets a frantic call from Jessica and rushes to her house. She has killed her husband but says it wasn’t him, it was someone else.

The rest of the film is Henry running around as he is chased by people who have recently died. The last thirty minutes has a lot action so I’m not going to spoil it for you, but Henry basically breaks it down to this; Henry was not supposed to survive the school shooting. Alright, I can see that. You can make a good horror movie based on that premise. But because he was supposed to die, recently deceased corpses are reanimating and trying to kill him? Um, okay, I guess.

But the film is not that bad, but it’s really only for the hardcore low-budget horror hound. At the very least, it shows that Christopher Wesley Moore has potential as a writer, director, and actor, so I’ll definitely check for what he does next.