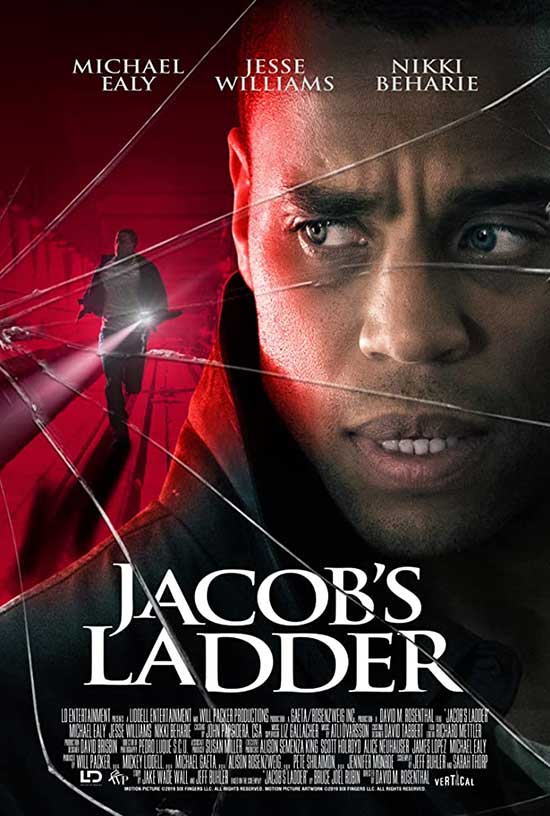 A military doctor stationed in Afghanistan returns shell-shocked from war with an image of his brother on a gurney. He sees visions from that point and the line between reality and madness begins.

This film entrances the viewer through colors and filters but falls short of the original’s impact.I did find the film enjoyable, just in a different way.  Jacob Singer (Michael Ealy) is a medical officer in the Afghanistan war. For those who recall 911, these wars followed in response to terrorism. It is a war even millennials can probably  recall. But that is the only updated theme from the original.

This new film is its own animal, that’s for sure. Many reviewers have noted it wanders far off from the original but that doesn’t mean it was bad to wander. He seems responsible and strong which are clearly needed in this hell of a place. Events transpire that send him home but he can’t shake the fact that he saw his dying (or dead) brother before leaving the war for home. It’s evident how much horror is in war but it seems something more intense is afoot, Jacob’s mental health or a drug it’s not quite clear.

But the war scenes aren’t the real horrors of this film. Scary faces appear out of nowhere, bloody mops and images are scattered throughout. If you are a fan of jump scares, these scenes will likely please. There was one face that really threw me for a loop but beyond that, it’s not artistry like the original 1990 film with Tim Robbins, just jump scare material. His wife is beautiful (Nicole Baharie) but even her charms of calm can’t stop these visions of Jacob’s.It’s a thin line between imagination and PTSD. Is Jacob really suffering this? Is it drugs for his PTSD? These are the questions the movie raises for the viewer. All the while, there are horrors, though perhaps not the kind we all consider horrors. This is an intense drama with horrific themes scattered throughout. 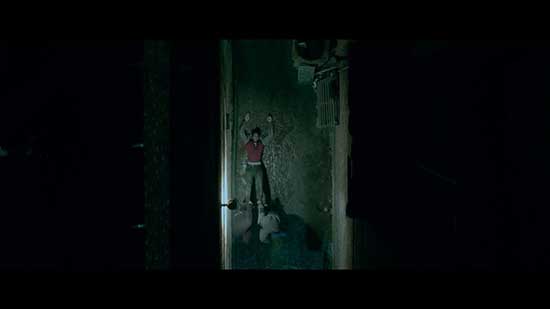 I wish the director (David Rosenthal) would have paid more attention to the original film. Also, I might offer that horror isn’t his strongest genre. He also directed “Single Shot,” “Janie Jones,” and “The Perfect Guy. ”That film is more suspenseful in genre than horror. l. For people who enjoyed the first “Jacob’s Ladder,” you may find it interesting to compare the two. Both have the feeling of being on a mental ladder going down into insanity one by one. But, the remake doesn’t wait to build to that, it all seems insane from the get go.

One thing I could say to describe it? Disturbing. Some horror fans are for that. If you want disturbing, you’ll find it here. The acting is well done which is what saved it all for me. Michael Ealy does a great job interpreting THIS version of the character. The film has a hypnotic factor to it. The war scenes especially are usually shot in sepia tone and slow motion. I found the visual aspects very well done. There is sex in the violence and all kinds of colors and hues. If I had to give one adjective of this film I would say either “visuals” or “colors” because both lured me in.

In conclusion, I think this film is visually stunning with some great actors of our time, The scares are very different from the original and not as “slow burn.” In the original, Jacob (Adrien Brody) In fact, this remake is very different from the original. Still, this film is worth a watch. If you are going to watch it, don’t have too many expectations, prepare for a feast for the eyes. (and don’t miss the closing song and credits).