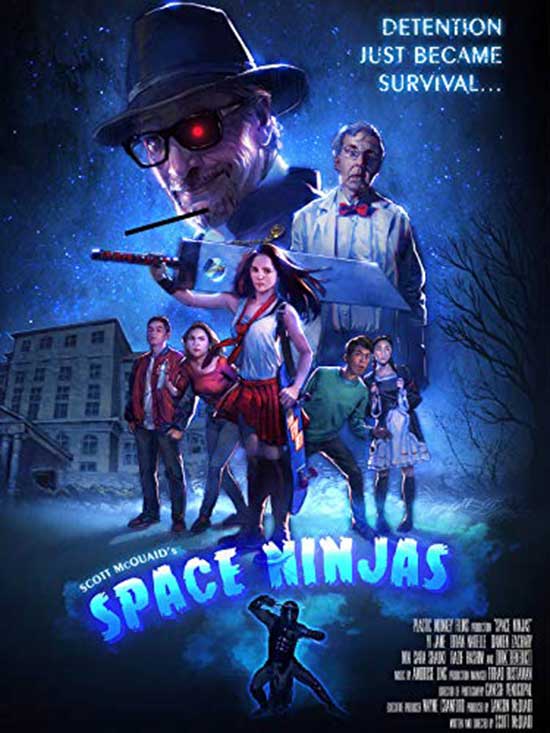 Detention becomes survival for five students trapped in a high school with Space Ninja assassins. This B movie comedy slash horror follows these misfit heroes trying to survive the night from an alien invasion.

It was bound to happen eventually. After having had to review bad movies and nothing but, one decent was bound to slip through that was actually good. When I realized that the movie Space Ninjas was actually a well made and fun romp, I was afraid to say anything for fear that it may get back to the powers that run the site. If that happened I was worried that they’d ask me to review something else instead since I apparently didn’t suffer enough. Well, my plan worked, and now I get to tell you the joys of Space Ninjas. 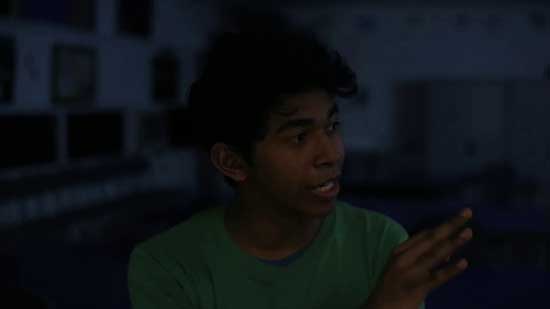 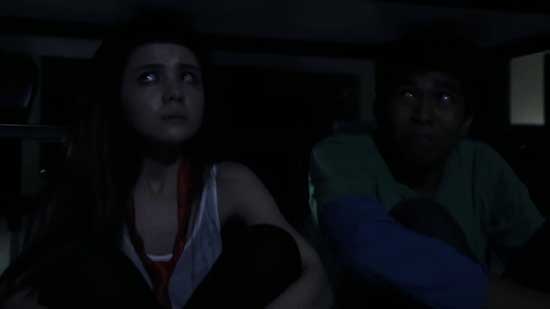 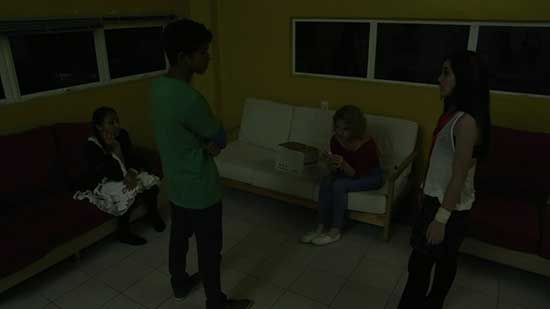 The movie mixes sci-fi, a slasher movie, and The Breakfast Club to create an interesting little concoction of insanity. A group of kids shows up at their high school on a Saturday night because they were given detention. They’re the stereotypes that you’re used to seeing: the likable nerd, the rebel, the jock, the snob, and the one that didn’t fit in with anyone. As the evening progresses, their school is attacked by a group of alien ninjas. The teens then must fight for survival while the aliens pick them off one by one in some rather bloody ways. 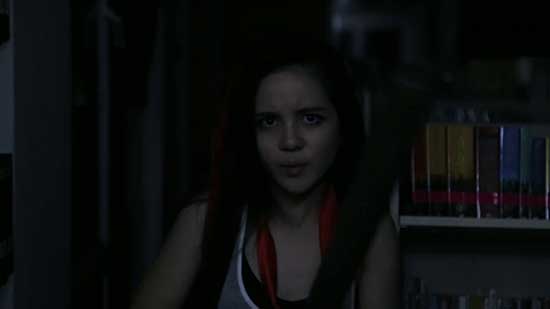 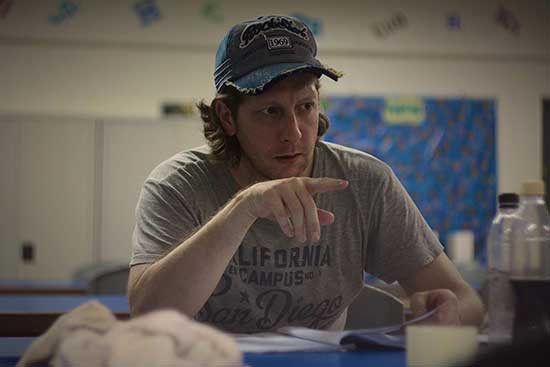 I found this to be a thoroughly enjoyable flick, but it’s not without its flaws. The special effects did suffer from some quality inconsistencies. The practical effects were really well done and looked great on camera. However, whenever the filmmakers used CGI, it stuck out like a sore thumb. While it’s not the worst you’ll see, it’s still obvious enough that it can take you out of the movie. The other major flaw is that I found a couple of the characters to be a little too stereotypical. The jock and the snob showed very little depth or growth, remaining constant jerks. They never rise above being two-dimensional, and I doubt anyone watching will care about their fates. Or if an audience cares, it’s only because you want to see these two get slaughtered. Even the nerd and rebel characters start out as stereotypes, but they’re at least given enough development as the film progresses to rise above that. 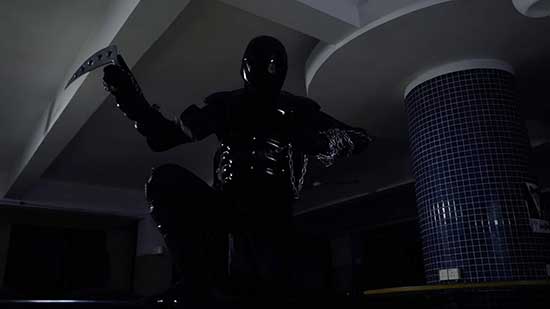 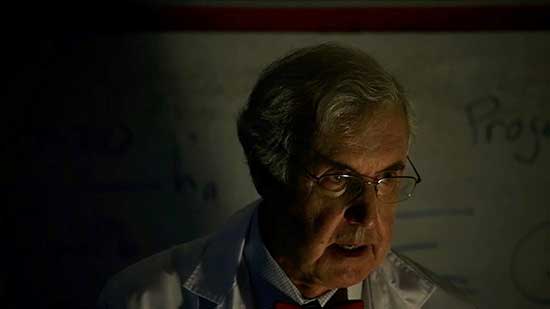 Luckily for Space Ninjas, the rest of what it offers more than balances out the few bad things I found.  To begin with, the story had the right mixture of cheesiness, humor, and horror. The director manages to blend everything together to create a kind of goofy charm that I couldn’t help but find endearing. After all, this is a movie called “Space Ninjas”, so it’s not like they were trying to create high art. They were trying to make a fun little film, and it looks like everyone was just enjoying themselves. The filmmakers even put in nice little pop culture references (like someone using the Buster Sword from Final Fantasy 7) that were like cherries on top of an already delicious sundae. 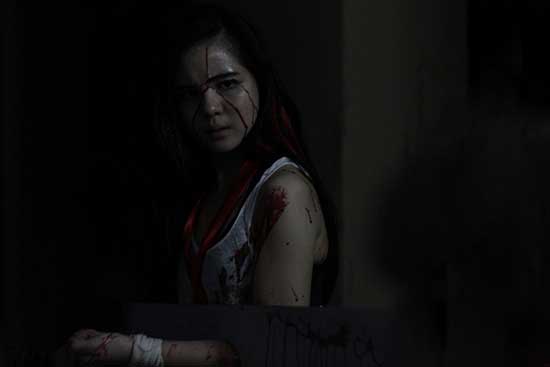 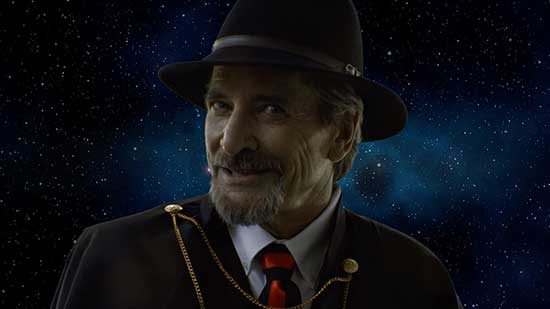 Adding to the joy is the fact that the characters, with the exception of the jock and snob, are very likable. I had really started to care about some of them and found myself a little bummed when some of them were killed off. It helps that the entire cast gives solid performances and is backed up with a pretty good script. The dialogue they’re given is crisp, believable, and genuinely funny. After slogging through so many movies where it felt like the script was written by emotionless androids, it was a real treat to have something that feels like some actual thought and care went into it.

I could go on listing everything that made this movie a blast, but I’d rather you all go in and experience it yourselves. Space Ninjas is pure campy fun from beginning to end. Slickly shot, well written, and decently acted, there’s a lot to like on the technical side. Add in a splash of humor, gory deaths and some wonderfully absurd moments, and anyone that watches this flick is in for a good time.