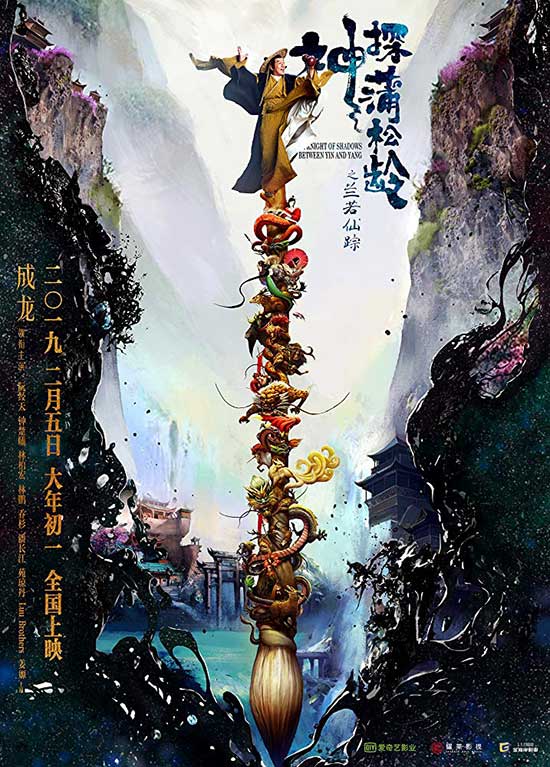 A legendary demon hunter (Jackie Chan), tracking down beasts that enter the human dimension, assisted by a lawman protégé and a motley group of friendly monsters.

Jackie Chan stars in a fast-paced adventure full of action, monsters and romance. Based on Pu Songling’s collection of stories, Strange Stories From A Chinese Studio, The Knight of Shadows takes a light-hearted approach on Songling’s social commentary, focusing purely on the fantastical aspects of his work. What we are left with is a family friendly romp with shiny special effects, but, unfortunately, very little substance.

Chan plays a legendary demon hunter Pu Songling who together with his ragtag crew of otherworldly helpers, goes around eradicating the human realm of demons. In a search of some missing girls, a local lawman Yan Fei (Austin Lin), comes to him for assistance and the duo find themselves going after two powerful demons, and a man who is helplessly in love with one of them.

While I may not be quite the target market for films like this, I must admit that most of Knight of Shadows was a relatively fun watch. The CGI is well executed but not to a degree where it is trying to look overly realistic and most of the film teeters somewhere between live action and animation, fully embracing the fantasy elements of the story. For a children’s film this is of course a solid choice and will undoubtedly keep the little ones entertained and possibly offer some slight thrills for the older audiences as well.

The story moves at a quick pace and is jam-packed with action from the very start, leaving very little room for anyone to get bored. On a personal level, the very ending with its ever so slightly overly long CG heavy action sequence did lose me a bit, but that’s not to say that it will be the case for everyone. Just slightly too much hanging, jumping and shouting for my taste. I will also have to mention that those looking for something with a bit more of a story, or slightly deeper, more developed characters, will have to look elsewhere. The Knight of Shadows is first and foremost a children’s film and a fairly one-dimensional of that, so don’t get your hopes up for any kind of deep and meaningful adaptation of classic Chinese literature. 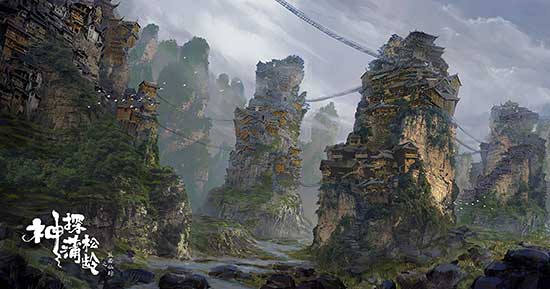 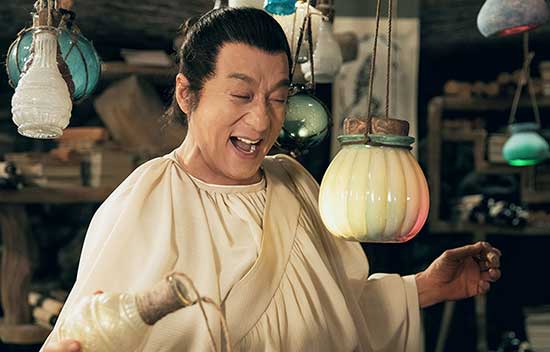 Both Chan and Lin do a decent job in their respective roles and even though most of the humour is juvenile to say the least, even I had a little laugh at some of Chans antics. He brings forth his usual jovial charm, making the film a cheery watch from start to finish. Where the story goes slightly off the rails is with the side story of the snake demon Xiaoqian (Elane Zhong) and her human lover Ning Cai Cheng (Ethan Juan). 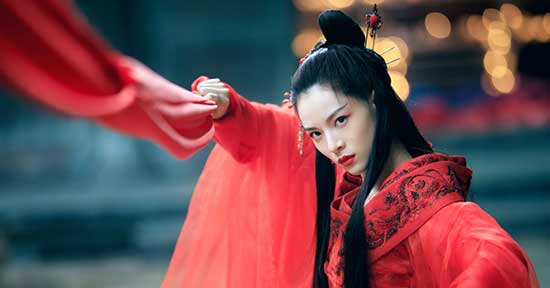 While the otherwise somewhat aimless story definitely needed something to give it direction, I am not sure whether the love story between a demon and a human needed to be it. The whole thing is just too reminiscent of A Chinese Ghost Story, only with none of its magical atmosphere and getting invested in this sorry story of heartbreak is not something that is likely to happen. Personally, I would have much rather seen more comical shenanigans between Chan and Lin and all their monster friends, or even followed up on the evil doings of the wicked Mirror Demon (Peng Lin) who seems to be the mastermind behind the whole sinister kidnapping business. 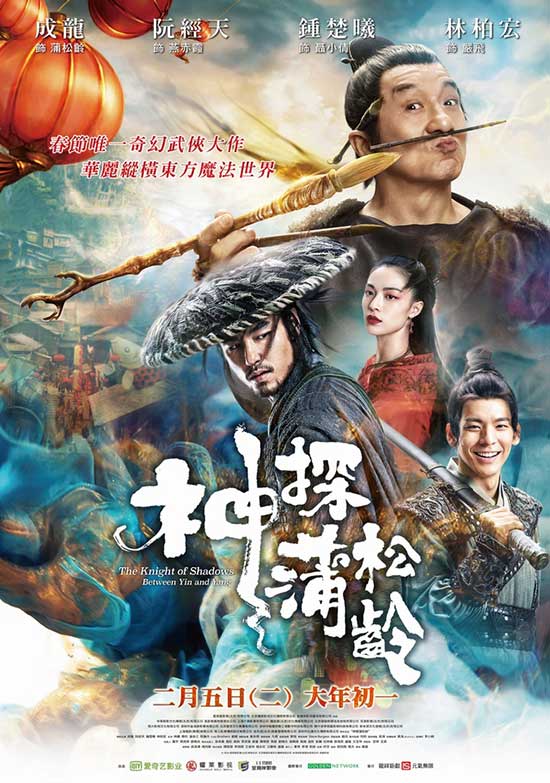 Even with its distinct lack of any kind of significant substance, I can’t bring myself to completely trash The Knight of Shadows. Yes, it’s mostly airheaded action interspersed with childish comedy, but sometimes that’s exactly what you need. Just something colourful, light and fluffy that you don’t need to give a second thought to. The Knight of Shadows is certainly all that. With a little bit more effort it could have possibly been something more, but as it stands it will still offer decent entertainment for your younglings, and possibly, if the mood takes you, yourself as well.