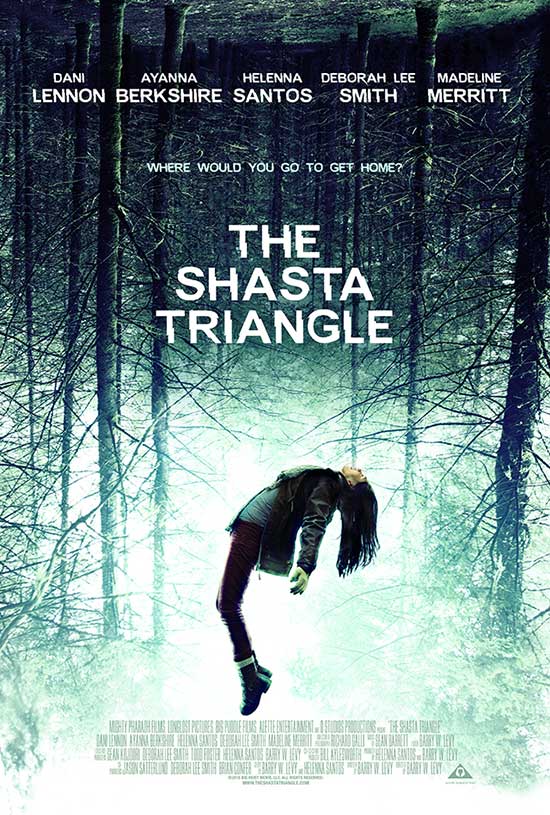 A young woman returns to her hometown to uncover the truth about her father’s disappearance. Deep in the woods, she and her childhood friends battle ancient and terrifying forces controlling the town.

The Shasta Triangle is, if nothing else, evidence of what can be done on a minuscule budget by a tiny cast and crew over a very short period of time. Shot on location in Oregon, this little oddity was directed by Barry W. Levy (most known as a prolific bit-part actor who has appeared in things as diverse as Scary Movie 4 and TV show Mad Men, among many others).

The movie opens in October 1995, with a voice-over from a research scientist describing his findings on a mysterious “sound event”; his narration touches on the complex ramblings in his notebook which will come to form an integral part of the story. At this point though we learn little more than the fact that he feels guilt over the lack of time he gets to spend with his daughter Paula, thanks to his work commitments. One jump to present day – 23 years to the day to be precise – later and we meet an adult Paula on her way back to her home town of Shasta, California to investigate her father’s unexplained disappearance.

She soon meets up with old friends Meredith, Charlie and Sam – the latter being the local sheriff. Also along for the ride is Alicia, a less welcome acquaintance who has used her skills in eavesdropping on the local police radio channels in the hope of scoring an exclusive for her vlog on unexplained phenomena. It isn’t long before she is rattling off tales of DARPA, Pentagon conspiracies, ley lines and mysterious portals. Paula and her friends begin to investigate the odd sights that the locals have reported seeing, along with hearing a terrifying, apocalyptic sound, in hopes of finding out what happened to her father after his disappearance all those years ago. The group soon find themselves entangled in an indecipherable web of alternate realities; doppelgängers abound, their intentions never made explicitly clear.

The Shasta Triangle falls more into the category of science fiction rather than outright horror; the movie does a fair job of establishing a dreamlike, off-kilter atmosphere, distorting reality for its protagonists and the viewer alike. It plays like an extended Twilight Zone episode, with maybe a little X-Files thrown in for good measure. The actors all carry off their roles with a fair degree of conviction, and the sound design (particularly the eerie whisperings and the unsettling bass horn of the “sound event”) and photography are excellent – the surrounding forest is used to good effect in enhancing the atmosphere. The movie is very well edited too – harsh cuts are often used which again adds to the slightly otherworldly feel.

Special effects are minimal, and there is at least some charm in the scenes where the apocalyptic trumpeting sound is meant to be shaking the earth, which basically involves the actors hurling themselves to the ground and from side-to-side in an original series Star Trek fashion. Where the movie stumbles though is in a reliance on dubious scientific exposition, which seems to be liberally thrown around whenever there’s a plot point that needs to be glossed over in order to get the next scene into motion. Also in a number of sequences the dialogue seems to have been re-recorded and dubbed over the actors, resulting in badly synced performances. 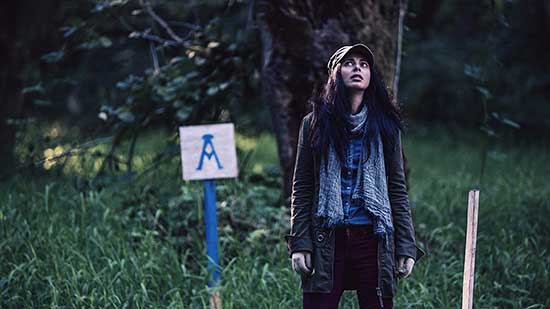 The film to its credit is trying to tackle some very big concepts, but overall the confused plotline and general lack of cohesion make it difficult to recommend as anything other than a curio; too many themes seem to have been thrown up in the air for the script to convincingly handle. The movie feels almost as though it was made up on the fly, which given its short filming schedule is not really surprising. The running time is very short for a science fiction film dealing with lofty themes too, clocking in at a slim 74 minutes including the credits; but unless your queue of movies to watch has run out it’s difficult to recommend.