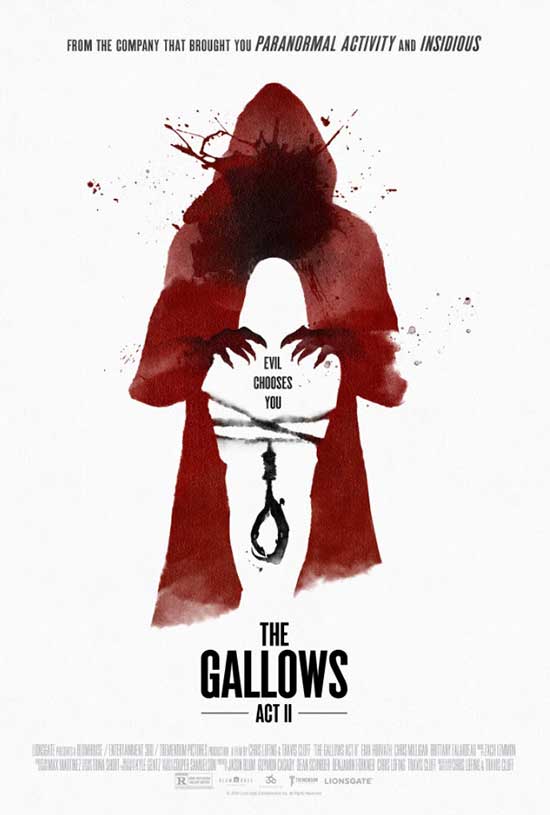 After Auna Rue, a teenage vlogger/aspiring actress, logs onto a sinister website, she’s soon trapped in the malevolent world of a cursed stage play, The Gallows. After performing a passage from the play for her tiny online fan base, Auna instantly achieves the stardom she seeks—as well as a twisted challenge from a deadly spirit (The Hangman) in this nightmarish supernatural thriller from the company that brought you Paranormal Activity and Insidious.

This is the sequel to the The Gallows, also written and directed by Travis Cluff and Chris Lofing.

A group of teens are in what looks like a dingy basement. They have cell phones and social media. A deadly combination depending on how you use them. They find the infamous, The Gallows and he begins reading. This is reminiscent of a ghost hunt gone wrong. Marcus (Lupe Cobian) is outside the house on a swing. (Stay together people. Don’t split up. #HelpfulHorror) 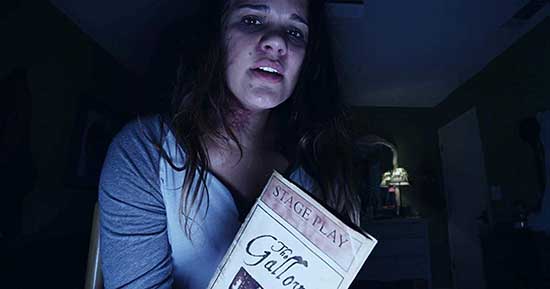 This is stressful and keeps you on edge. Flash forward, we meet Auna Rue (Ema Horvath) who is talking to her online following on YouTube. This cast does a great job. Ema Horvath is so enthusiastic. Auna Rue is heading to her place to live off campus. Her roommate doesn’t seem thrilled but she is a busy lady. She is heading to school now.

Auna Rue meets her drama class and her professor. Auna is ready to do a monologue already and we do see some flashbacks. Auna meets Cade Parker (Chris Milligan).

Now Auna is in the library chatting online with another YouTube user. This person sends her the creepy video from the beginning of the film. Now, Auna wants to find the stage play book. She does in a few seconds. (It always took us forever in the library.) She is making a video, the “Charlie Challenge.”

Auna is back in her class and delivering an emotional performance as if she’s a pure method-theatre actor. Auna’s YouTube video is blowing up, she is going for ice cream with Cade. (Cade seems a little too good to be true, but we shall see.)  But now the furniture is moving. Its moving as she reads from the The Gallows book. I love theatres. There is always something magical or haunting? Depending on the theatre you attend. They have so much history and the acting that goes on. If you ever get a chance to see a play, always go and see it. This film certainly inspires that. 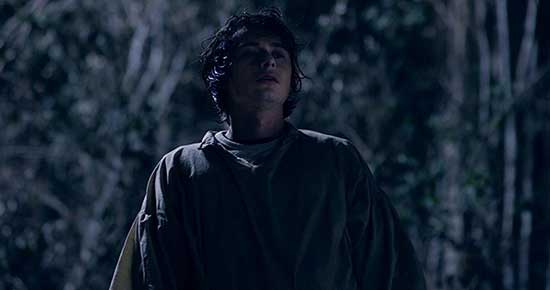 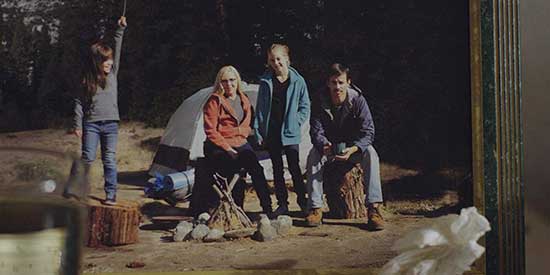 The death of Charlie Grimille, we learn more about Charlie. (This makes me want go buy an extra flashlight.) You want to yell, don’t follow the footsteps but part of you wants to follow the footsteps. Cade and Auna have a strange treehouse moment. Some creepiness ensues. Lisa is home alone, the TV comes on, more creepy images.

The lighting, the movements the actors make and the visual representations make this scary and creepy. It isn’t fast paced and filled with gore if that is your thing but the story is fascinating. This story is tearing Auna and Lisa apart. Auna wants to stop the “Charlie Challenge.” She is watching the video the same way I am watching this movie. (We catch a brief appearance by Travis Cluff playing Auna’s Dad.)

The almostfamous99 user is taunting Auna and wants to know why she isn’t posting more videos? Her sister Lisa met the hangman. Cade jumps in to help. He may have a solution? They go visit Pfeifer Ross (Pfeifer Brown) from the first Gallow’s film. She is in a psychiatric institution. Auna explains her story to Pfeifer. She’s a jumper. Pfeifer Brown’s performance is great.

Oh, these kids. Tied up in the middle of the woods now. Is it a person? Is it a ghost? Malevolent, obviously. The image of being dragged to the edge and the hanging. It is intense. Almostfamous99 is the hangman? No, that would be too easy. Cade and Auna are in a bad situation. Auna hears all the good, the bad and scary in her mind. The hangman has quite the following too. 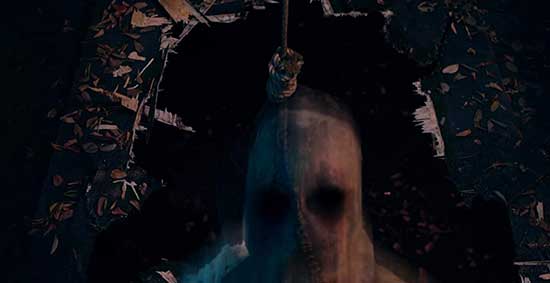 The internet is a strange place. This ending is INSANE. Cade wasn’t nice. I sort of expected that and it was too good to be true. Exit, stage left.  That’s a wrap. The End? Or, is it?

Make sure you check out The Gallows Act II. It is available on DVD and Blu-Ray.