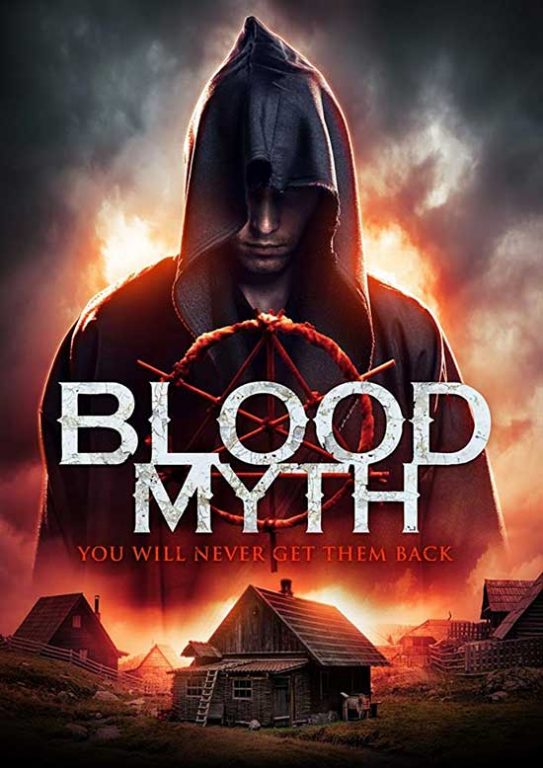 A journalist desperately tries to find his missing fiancee and finally uncover the truth behind a sinister folklore, leading him down a dangerous road of discovery.

It’s dark.  Really dark.  All you can see is what’s right in front your flashlight.  Dogs are barking.  Names are yelled out as missing people are frantically being searched for.  You can hear the urgency in their voices.  You come across a young man, potentially an older teen, laying on his stomach.  He stands up, turns toward you and you see he is covered with blood from head to toe and scared to death…then the screen goes black.

That’s the opening (and best) scene of Blood Myth (2019), an independent UK horror movie based on fictional (I’m assuming) rural folklore written and directed by Sean Brown and Luke Gosling and produced by Bearing 305 Productions, the first full length feature film for all three.

Needless to say, after witnessing the opening sequence, the potential was high for this low budget horror “who done it” mystery coming right out of the gate so I was excited to see what happens next.  Unfortunately for me and other audiences, it turned out to be mostly uneventful, concluding with an interesting twist which may or may not have been written and shot to be purposely confusing.

Throughout the film, we follow James, Jonathan McClean in his first full length feature, in a sometimes-boring search for his missing pregnant girlfriend through the rural UK countryside, but we’ll get to that a little later.

James is journalist reporting on the unexplained, gathering crazy stories from eccentric people who are most likely spinning a good yarn, kind of like the tabloids near the register at your local grocery store.  As a kid I looked forward to accompanying my mother there so I could wander over to the movie rental section, look at the stills on the back of the horror VHSes and scare the crap out of myself (which is where my love for horror began).  But after that, I tried to read as many tabloid headlines as I could before my mother’s groceries were all bagged (the stories were much more unbelievable back before the internet).

My all-time favorite has to be the discovery and capture of the Bat Boy (half-human and half-bat) by U.S. scientists.  His repeated escapes and recapturings always made for an exciting story.  Now that would be a great movie…or musical (it’s an actual musical now, no joke).

James also must have loved reading them as a kid because he has the gall to not only scoff at the sports section getting more pages in the newspaper than his tabloid stories, but to then express his disgust to his editor…who wants to use him as her sex toy evidently.  So, on top of writing tabloid stories, hating sports, and having a pregnant girlfriend, apparently this guy’s also pimpin’ out of control.  Who knew?

But that brings me to one of the first issues with the film, the acting.  McClean may have played the character James as the everyday guy too well or not well enough, because he’s not charismatic at all.  He’s mostly melancholy, sometimes unintentionally rude, and is absolutely humorless.  Some of the other actors fare better, with Matt Ray Brown, one of the more veteran actors, who played Sargent Jarrett, probably giving the best performance.

The dialog and the actors’ delivery sometimes seemed slightly strange as well, occasionally coming off as if they were dragging out the lines to lengthen the scene.

Anyway, James is intrigued by the tale of a small town where a devilish deal was made centuries ago for eternal life between a dark priest and an evil force, where every thirty years someone would be sacrificed in order for the priest to continue to live on. However, even after the priest sarcomas to extreme old age, the disappearances continue, every thirty years, on the anniversary of the last disappearance.  This local legend has been dubbed, both appropriately but uncreatively, “thirty.” (which may have been a better title)

So, the editor pans out the dough for her booty call to go investigate the story, but not without trying to convince James to take her with him (like I said, he’s a pimp).  Instead, he decides in all his wisdom he is going to take his 8-and-a-half-month pregnant girlfriend, Anna (played by Harriet Jones), on this journey, which requires a train ride, then driving into the rural countryside, further away from any hospital or medical care.  It’s this type of empathy that is slowly helping me realize why he gets more butt than ashtrays. 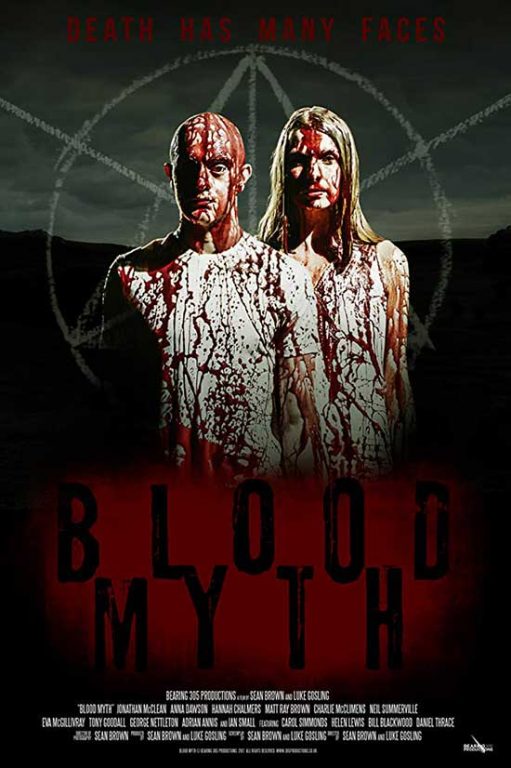 On top of that, the inn has the smallest twin beds ever seen in recorded history.  I mean, they are tiny, like really hobbit sized.  Now that I think about it, it may have been the Prancing Pony, I’m not sure.  I didn’t check the sign.

Predictively, Anna, who is 8-and-a-half months pregnant mind you, can’t sleep so at 3am she decides to go outside in the cold, stand alone in the dark, and knit (because that’s a thing people do) and ends up disappearing.  James, being the player that he is, immediately believes that Anna has discovered his endless pimpin’ and has angerly left, however he soon realizes her disappearance must be more sinister.

The movie then turns into a “who done it” mystery, the major problem being that we aren’t given enough suspects to make it very interesting.  James receives an anonymous note from a woman (he just can’t help it, they are drawn to him), Alexandra, played by Hannah Chalmers who portrays the character well.  She is the cliché expert and offers her help in locating Anna and his unborn child, accompanying James the rest of the way.

For the rest of the film, James relentlessly tries to unravel the thirty myth, locate his missing girlfriend and determine whether to the two are connected.

The cinematography combined with the location made for a decently creepy rural environment, but some of the film needed re-editing for a more fluid feel, along with a small continuity problem that needed correcting early on in the movie, which I read later was unavoidable.

The movie culminates with a both surprising and interesting twist, one I definitely didn’t see coming, however how it fits into the continuation of the story is puzzling.  Sometimes the lack of a full explanation is a good thing, which may be the case here.

But the surprise and quality of the twist are curtailed by the subpar blood and gore special effects, along with the editing of the climactic scene, which, other than one other brief glimpse, are the only gore or effects in the film.  I understand that the small budget limited what the filmmakers could do, however when one particular shot comes to mind, I have seen better blood and gore effects on Halloween costumes.

In addition, there are several quick shots of a very overweight older man with his shirt unbuttoned and his undershirt showing, holding a hammer (I think) which come off as comical instead of frightening, partly because of the editing and partly because he looks exactly like Don Vito, Bam Margera’s crazy uncle on Viva La Bam, an MTV show and spinoff of Jackass.  Now, if you know who Don Vito is, him coming at you with anything is absolutely hilarious.

But when you take into account the budget of this film, the fact that it’s the first full length movie by both the production company and the directors/writers, and that most of the actors have only had a few roles, if any, I think everyone did a decent job.  I see potential here.

This film is not for everyone, only the hardcore indie fans would want to check this out because it’s amateurish for the most part, but what can you really expect from rookie filmmakers on a non-existent budget?  They show a lot of potential, so I am excited to see what they put together next.