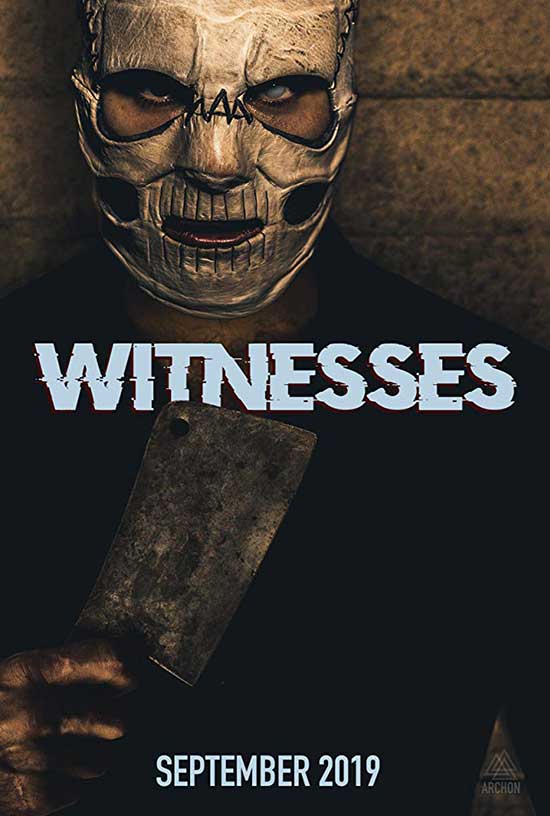 A group of friends making a student film accidentally witness a drug cartel murdering someone and then find themselves being stalked by hitman that wants to make sure they don’t live long enough to tell anyone about what they saw.

I have just never been that much of a fan of found footage films (man, dig that alliteration there!) and other than just a few (such as Cannibal Holocaust and Cloverfield) I usually avoid them like the plague because they are usually just pretty much the same. While I thought that Witnesses sounded interesting enough, I went into it with some low expectations just because I knew it was a found footage film and I pretty much knew what to expect. Sadly, I wasn’t wrong and just a few minutes in I knew that it was going to be just another cookie cutter, by the numbers film of this type that wasn’t anything special and didn’t bring anything new to the table. 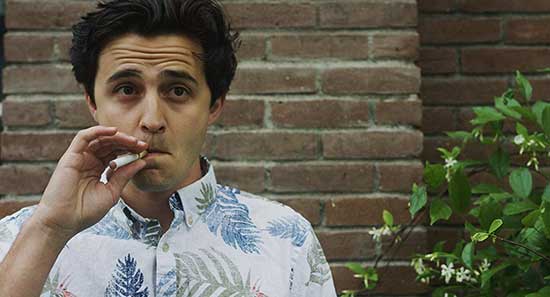 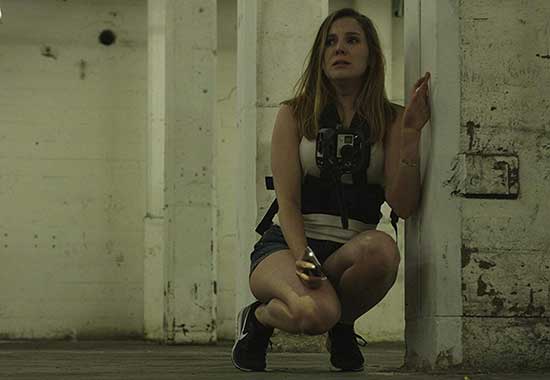 I thought that the premise sounded like it had potential even if it was painfully unoriginal. There are a ton of movies out there with basically the same plot, but I was willing to give it a shot to see if the filmmakers did anything differently with it. Unfortunately, they didn’t and as a result it felt like the same movie, I’d already seen several times before. Basically, we have a group of friends making a student film, they stumble across someone being killed by a drug cartel and then they must run for their lives as the cartel sends someone after them to kill them. Sound familiar? If you’ve seen any other movie with a similar plot, then you have pretty much already seen this movie. It isn’t anything that hadn’t been done many times before so if you’re expecting something new and different you are going to be disappointed.

I think that the biggest problem with the movie was the fact that there are a lot of pacing issues here. It moves along at a snail’s pace and nothing really happens until after the first hour or so and even then, it isn’t anything to write home about to be honest. For the first hour or so we are subjected to scene after scene of the main characters filming each other while they don’t do anything that interesting. To be honest, all they really do is bicker, annoy each other, and try to be funny (unsuccessfully) and it all gets old very quickly. 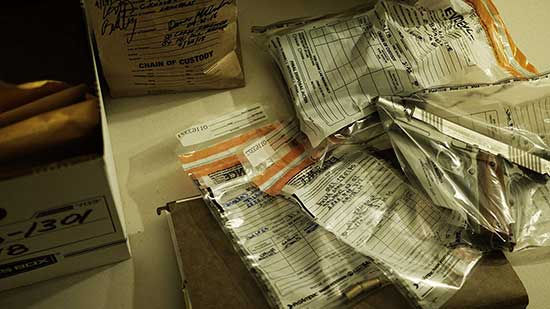 I had to fight the urge to fast forward to the next scene more times than I can count while I was watching it and just thought that over half of the movie was mind-numbingly boring. Things don’t get much better once the hitman finally shows up and starts taking people out and none of the things he does really stand out. He’s just sort of there going through the motions just like everyone else in the film and if more than just a little forgettable overall. I know that this is more of a crime drama/thriller movie as opposed to being a straight up horror film, but imagine watching a Friday the 13th movie where Jason doesn’t show up until well into a hour into things and then proceeds to just phone in his kills without any real effort or creativity. 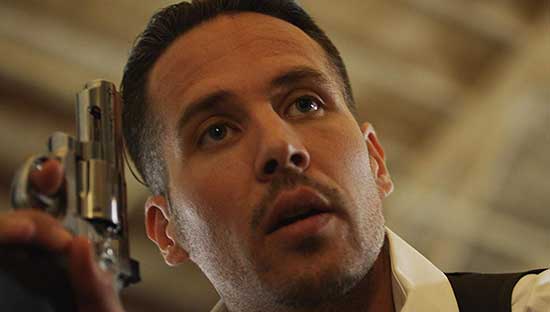 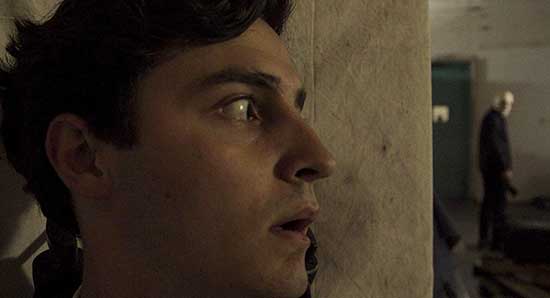 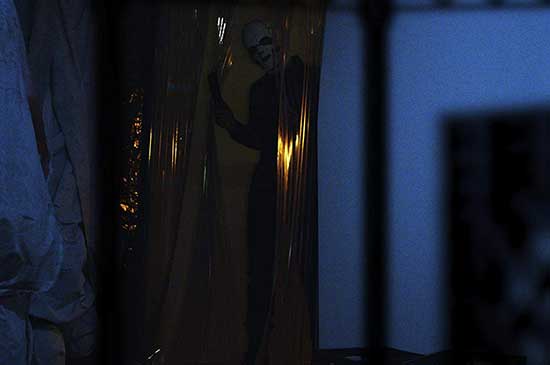 I also didn’t really care about any of the characters and wasn’t too concerned if they lived or died. Most of them are quite annoying (or just plain boring) so I had a hard time really feeling anything for any of them. As a matter of fact, there was one or two of them that I couldn’t wait to see get taken out, and that is never a good sign when you are watching a movie and are supposed to be rooting for the characters that are in it. 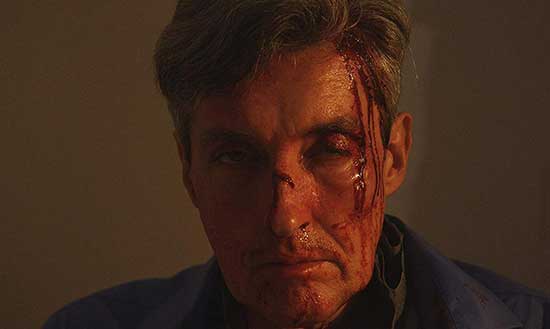 As you can tell I just wasn’t a fan of Witnesses for several reasons. I had a lot of trouble getting into it and thought that it was just a boring little flick in general that didn’t hold my attention as well as it should have. I think it would have worked better as a short film as most of the first hour or so of it is just filler that doesn’t really go anywhere in terms of moving the plot along. 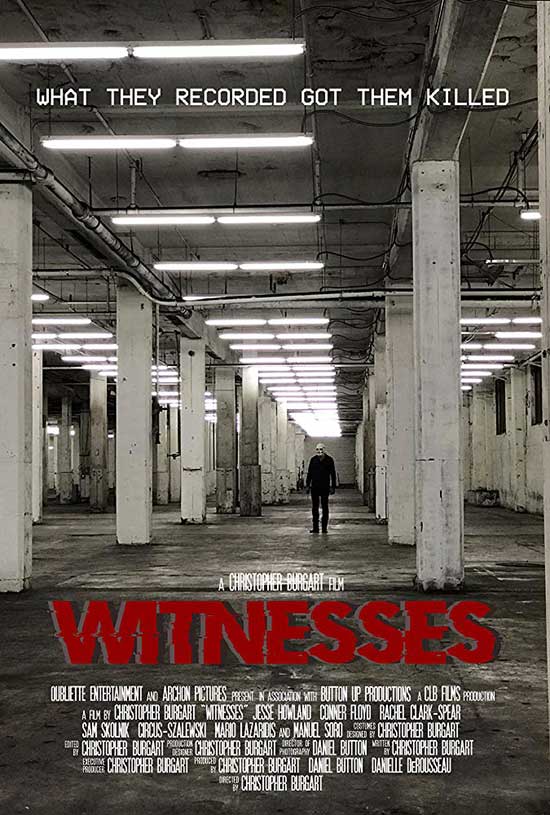 It wasn’t the worst movie I have ever seen but I just don’t think I would ever take the time to sit down and watch it over ever again. If it sounds like something you might enjoy by all means give it a shot, but I have a feeling a lot of the people that take the time to watch it will feel pretty much the same way I did about it.