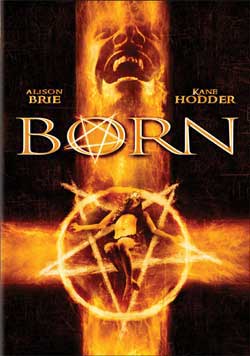 When 21-year-old virgin Mary Elizabeth (Alison Brie) discovers that she’s pregnant, her family thinks it’s a miracle from God. Her sudden homicidal rages, however, portend that she’s carrying an ancient evil in her womb instead. As Mary Elizabeth falls deeper under the spell of her gestating demon-child, she unwittingly prepares the way for all hell to break loose when the creature is born. Richard Friedman directs this supernatural fright fest.

Have you ever heard of the movie, Born? You haven’t? Then you’re luckier than we are! Let’s just try to get through this review together, shall we, dear reader? 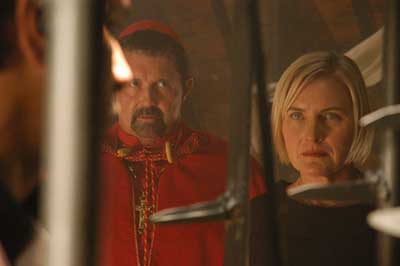 Born is a 2007 horror film directed by Richard Friedman. It stars Kane Hodder, Denise Crosby, Joan Severance, and Alison Brie. It’s about a man going to the office of the psychiatric Dr. Sammael (Joan Severance) claiming to be the demon Asmodeus (Kane Hodder). He talks about how he made a deal with the Devil to be human again. He then tells the story about after he and his mom dies, how he had to rape his sister Mary Elizabeth (Alison Brie) and knock her up, and then made her kill six innocent people.

The movie opens up with Asmodeus going to see Dr. Sammael. He gives her a gun and tells her who he is. He then talks about his Mom’s funeral. He says that’s where he made the deal with the Devil. It needed to start off with a death and a birth. So, during his Mom’s funeral, he secretly rapes his sister, Mary Elizabeth, in the graveyard when no one is around. Later, she’s at home and is comforted by her friend who has her own “you’re my bitch” hotline that lives with them. (Jennifer, played by Azalea Davila). The next day, she looks at her boobs and then her stomach and she then runs to the bathroom. She’s gained 15 pounds overnight! Her older sister, Catherine, (Denise Crosby) sees this and tries to drown her for getting pregnant. They later find out that Mary Elizabeth is a pregnant virgin! We later find out by two priests (Father Anthony, played by Eddie Velez and Father Nick, played by Alex D’Lerma) believes that her baby is a demon and that she has to kill six people. Uh-oh! The priests then start watching her. 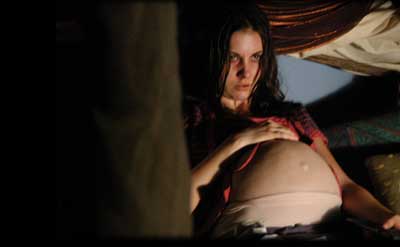 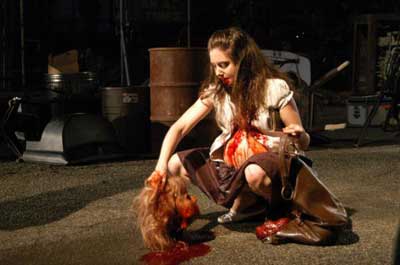 Ok, look, we can sit here and tell you about the plot about this movie all day, or we can tell you what a horrible, ugly, gross, manipulative, grotesque, mess of a film this is. Let’s just do that instead!

We thought at the beginning of this film that we’d at least have fun watching it, but it was such the exact opposite, it’s not even worth joking about. This movie is on the same level as p*rn, but it gets worse. Where to even begin? The movie is professionally made and edited which works against it. If we were to believe nobody knew what they were doing, we could chalk the horrendous movie watching experience up to ineptness. As it turns out, Born actually is the result of a vision from director Richard Friedman and writer Alex D’lerma, both of whom deserve a lecture from Uwe Boll. 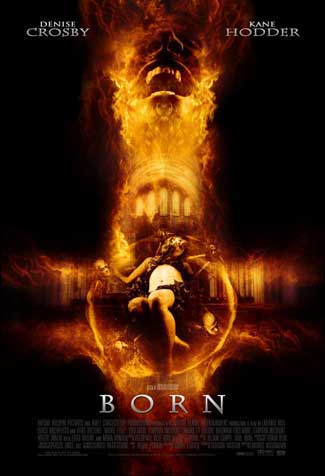 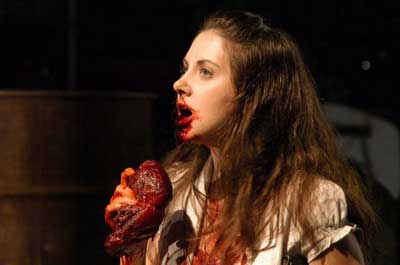 It’s more fun to review a bad movie that misses the mark than a bad movie that hits the mark it’s aiming for. A lot of good horror films have one or two scenes that tap into something innately uncomfortable to give the audience a few cringe moments. Born tries to make you uncomfortable from start to finish, which is a good way to push you out of the movie. The filmmakers clearly have issues with pregnancy as every aspect of it is turned into a grossout sequence from lactation to c-sections. The movie also doesn’t even pretend to respect christianity the way a movie like End of Days attempted. If Born wasn’t so bad it would be offensive. Basically, this a horror movie of cheap shots. 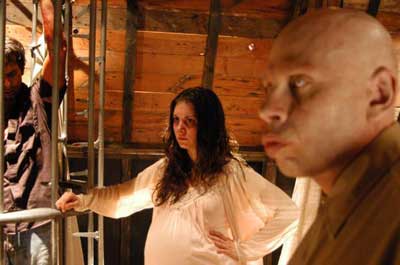 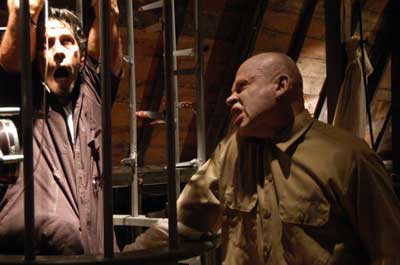 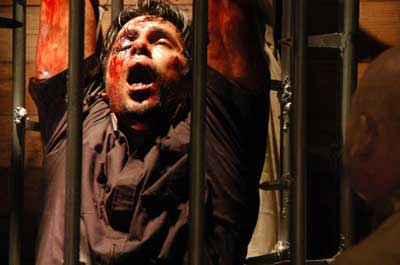 It’s sad to think that Jason X is the grace from which Kane Hodder has fallen. The guy’s got more acting charm in him than Jason Voorhees ever let him show. Unfortunately he’s in this movie. Equally disappointing is Denise Crosby’s appearance. Fate must still be punishing her for abandoning Star Trek because she really should be above this movie. In a word, Born is sophmoric. Nobody gets out of this movie with dignity, we certainly didn’t.