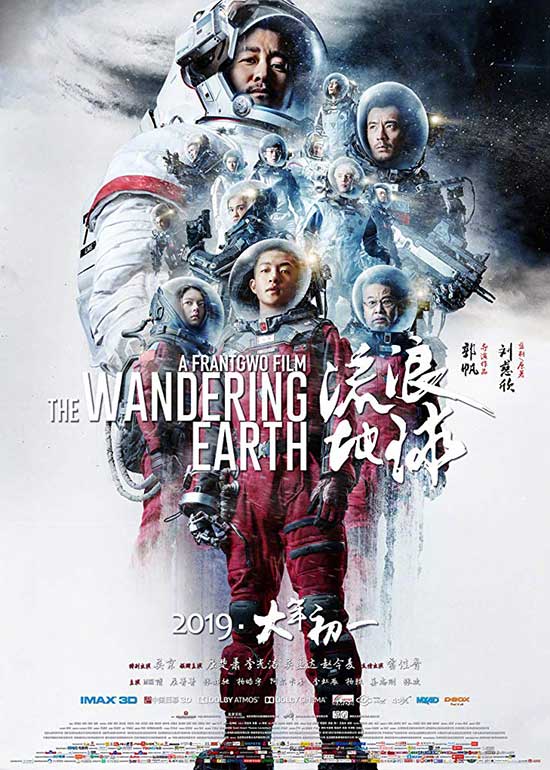 As the sun is dying out, people all around the world build giant planet thrusters to move Earth out of its orbit and sail Earth to a new star system. Yet the 2500-year journey comes with unexpected dangers, and in order to save humanity, a group of young people in this age of a wandering Earth fight hard for the survival of humankind.

Based on a novella by multi award winning science fiction writer Liu Cixin, The Wandering Earth is publicized as China’s first Sci-fi blockbuster. Enjoying quite significant success in the Chinese box office as well as raking in $700 million during its worldwide theatrical run, it has now been brought to the larger audiences (with surprisingly little fanfare) via Netflix. 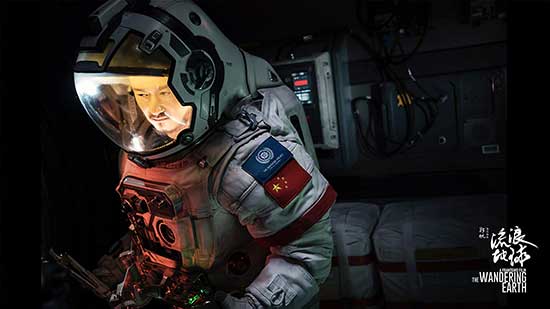 When sun starts to slowly die out, the greatest scientific minds on Earth come up with The Wandering Earth project; a project that will use the whole planet as a spaceship to carry humanity into a new solar system. This is achieved by giant planet thrusters moving the Earth through space, while the last of the human race (majority of which have been wiped out by giant tsunamis caused by the stoppage of Earth’s rotation) have been moved into underground cities to live in safety until this epic 2500-year journey comes to its end.  Of course, a massive undertaking of this kind is not going to go without some obstacles and as Earth starts to pass Jupiter, major earthquakes caused by a massive gravity spike disable the Earth engines leaving the planet adrift and in danger of getting pulled in by Jupiter’s gravity. Luckily a ragtag group of individuals collected from private citizens, astronauts and military personnel are on hand to help the save the day (and humanity).

While the concept of the films is quite an intriguing one and something that could possibly lend itself to more serious sci-fi exploration, The Wandering Earth takes the traditional blockbuster route favouring action over real science or a more philosophical examination of the themes. The story unfolds in very predictable manner moving from one action packed sequence to another. There’s racing on roads that crumble behind you, falling down structures, explosions, hanging (a lot of hanging) and all the things we are more than familiar with from films of similar ilk. Indeed, American made blockbusters such as The Day After Tomorrow, 2012 and Sunshine come rushing to one’s consciousness while following these high jinks. The usual melodrama of people sacrificing themselves for the good of the many and maudlin speeches about the nature of hope are of course also present. What would a film like this be without them?

The special effects are well executed and would hold up in comparison with any other catastrophe blockbuster. Where the film falls down slightly is it’s running time, which at 2h 5 minutes feels ever so slightly over drawn and could perhaps benefited from being 15 to 20 minutes shorter. Even with the rather fast paced action, the middle of the story drags on somewhat and could have maybe done with little less racing and crashing of giant vehicles.

The Wandering Earth will also not get many points for originality, as it does suffer from a marginally derivative feeling and as stated before, offers no great surprises nor brings anything new or innovative to the genre. Acting is fairly solid throughout, although none of the actors are really offered any great chances to hone their craft, as the characters remain as one dimensional as one might expect from film of this type. After all, too much character development might distract the audiences from the splendour of falling buildings and massive explosions (and of course, all the hanging). 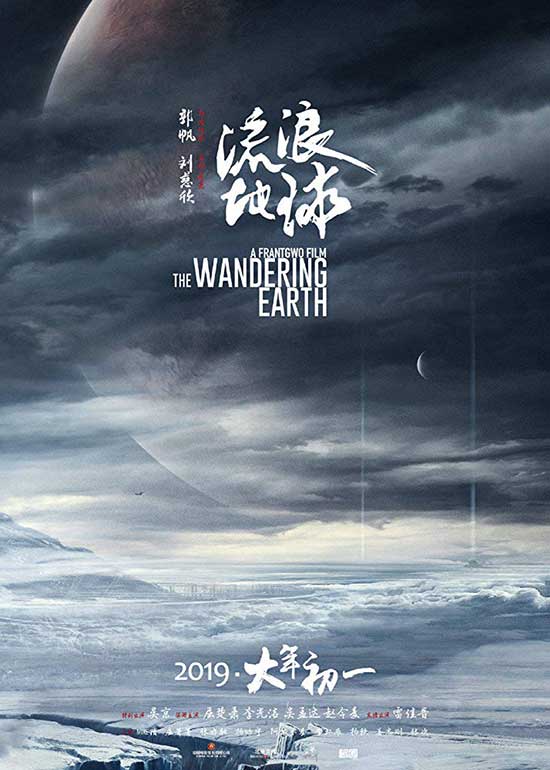 As a leave-your-brain-at-the-door kind of popcorn flick, The Wandering Earth works perfectly well. It offers all the thrills that this type of films should, albeit in a very predictable way. If you’re looking for action-packed sci-fi romp this is certainly a title well worth of your consideration. And as it is on Netflix, even if you happen to dislike subtitles, you can always choose to see it dubbed in your own language. Those searching for some hard sci-fi, need not bother, unless it is to poke some holes in the somewhat flimsy scientific premise.