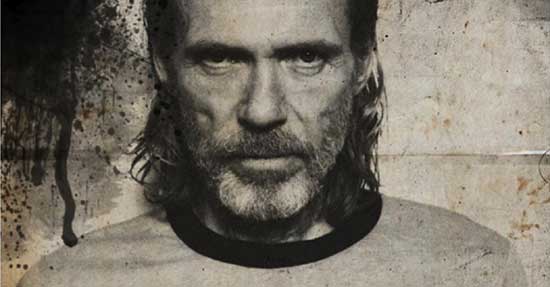 Richard Brake (DOOM, 31, HANNIBAL RISING, MANDY) is one of the rare actors that disappears into a role. His characters are unique. He creates something that is always memorable. Richard took time to talk about his new film, 3 FROM HELL, written and directed by Rob Zombie. 3 FROM HELL stars Sheri Moon Zombie, Sid Haig, Bill Moseley, Emilio Rivera, Danny Trejo, Clint Howard, Jeff Daniel Phillips and Dee Wallace. Check out Richard’s interview with Horrornews.net

HHN- Hi Richard, How is everything going?

Richard- Hi Janel, How are you doing?

I am good thank you. I have to tell you that you did such an amazing job in 3 FROM HELL. Also, I was at the Rob Zombie concert in Allentown and the trailer was played at the end of the show. Some people were getting up and getting ready to leave but as it got kind of dark again and the monitors came back on, people stopped. Everyone was now staring at the stage and cheering and so excited. It was really cool to see that and all of you did an incredible job in the movie.

Richard- Oh cool. That is cool. I love Rob’s fans. Thanks for telling me that. That is great.

Why did you decide to take on the role of Winslow Foxworth Coltrane? You did such a great job.

Richard- Thank you very much. That means a lot to me and I appreciate that. When it comes to Rob Zombie, he’ll send you a text or an email and say, hey man, what are you doing in three months’ time, or five months or whenever he is planning on shooting? Inevitably I say nothing if you’ve got something coming. Rob did that and honestly he is absolutely one hundred percent my favorite director, one of my favorite creative people period. He could offer me one line in something or a hundred lines and I would say yes because I adore working with him. So, when it came to this character he did the same thing. I got a text and it was from Rob. I called him and spoke to him. Sheri was with him and he said, I am finally going to do the sequel to DEVIL’S REJECTS and I want you to play Foxworth Coltrane and then he started telling me the story and who the character was. I was sold from the moment the phone went Bing! It could have been one line but I was very happy and it is such an interesting character. So that’s basically how I got involved but I would never say no to the guy. I adore being on the same set with the guy. 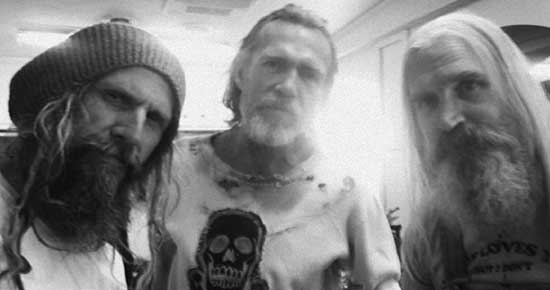 Rob’s films are always creative, colorful and different. I was just at the convention, Monster Mania in Cherry Hill, NJ and I saw a ton of people dressed like you guys and wearing the 3 FROM HELL shirts. It is exciting. These characters have become legendary.

Richard- Yeah. I love that. He creates characters. He is a great writer. I think one of the things he is underestimated in some ways is how great a writer he is. I’ve done a lot of work with a lot of great directors and I’ve been in some amazing films. I think Rob is just absolutely at the top. The character he wrote for me in “31” was so well written and so specific. The same with these guys. He has created such amazing iconic characters and people want to wear the t-shirts and they adore these characters. It is crazy because they are serial killers but we sort of love them in a way. That comes from Rob’s writing. And with Foxy it is the same, he didn’t try and repeat anything. Foxy is a whole new element, a new kind of flavor to the Firefly world that he created. That was on the page and when we filmed it, we did a lot more improvisations than I did on my last film but, that is because Foxy is a lot looser and there was a lot of room. We found more of those idiosyncrasies. It was incredibly fun to create the characters that Rob writes. The way people react to it is extraordinary, really lovely.

You added something special to the movie. Foxworth fits so well with Baby, Otis, Captain Spaulding and you and Jeff Daniel Phillips are such incredible actors. 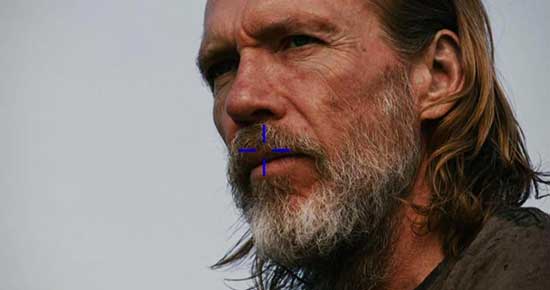 Did you have to do anything to prepare to play Foxworth?

Richard- No, it’s funny. I have certain techniques that I have been doing for years as an actor that I learned from a great Russian teacher. I create a history for my character and I created all of that, but in the end it’s really about when you go on-set and you start filming. The connection you have and how good the other actors are. It is very easy when you have actors like Sheri and Bill whom are such fine actors. Then you have a director that’s so inspiring and so creative, his mind is just firing off creative gems all the time. A lot of it was there already with Rob. It is brilliant and the more I’ve thought about it recently actually as I’ve been doing interviews. The way he brought Foxy into this world and the kind of character Foxy is, it’s just sheer genius and Rob came up with that idea and he gave me the character to run with it.  Ultimately, that comes from Rob. The guy truly is a genius. He is unlike anything I’ve come cross. It was an absolute pleasure and a lot of it is the connection between the three of us. Sherri and Bill are just fantastic. 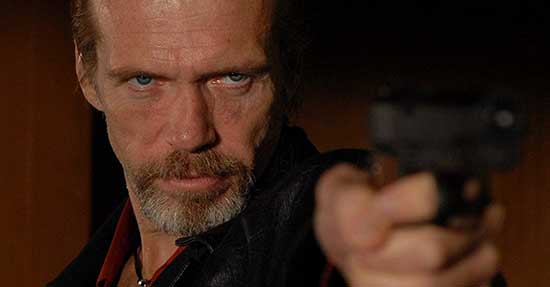 What was it like working with this cast? This amazing group of actors including yourself. Sheri, Bill, Sid, Jeff?  And you have worked with Sheri before? You rocked in this movie and it seems like you guys have known each other forever.

Richard- I’ve known Sheri for a while. I love her as a person as well. Bill, I’ve never worked with before so I was excited to work with him and I have seen his work and how great he was. I was shooting another movie right before and then I flew to London where I live, changed my underwear and got on a plane and flew straight to L.A. and came into about three or four days, they had been shooting already. My first scene was quite a big scene in the middle of the movie with the three of them. It starts with just Bill and I and then Sheri comes in and right away it was a real connection with Bill and I. Then we did some improvisation in the scene and that was brilliant. Rob was coming up with all these crazy ideas for Foxy to kind of surprise Bill’s character with. Then, in walks Sheri and she was in full Baby mode. She is in complete Baby mode which is brilliant. I am watching her and thinking that she is absolutely fucking amazing. Then, I realize the camera is on me and I think, oh shit I am supposed to be Foxy. But then I kind of realize, Foxy is sort of thinking about this you know and he is probably feeling similar. Right then I could sense the connection. It grooved throughout the whole shoot. I am so pleased a lot of people are commenting on how the chemistry is coming across.

What do you want to say to the fans? They are so excited and having you be a part of 3 FROM HELL now is just awesome.

Richard- I really hope they enjoy it. It is a further journey into the mad and mayhem of the Firefly world that Rob’s created. What I love is that each film is a unique piece. I am really looking forward to all the fans getting back into this world and seeing all the new elements. Not just Foxy but also Jeff Daniel Phillips’ character who I really love. Pancho Moler brings a really interesting role to this film. Emilio is brilliant. Clint Howard came in for a couple of days and he did some crazy stuff. I love the way Rob films, he just creates amazing roles. I am really excited for everybody to see this new part of this world that Rob has created. 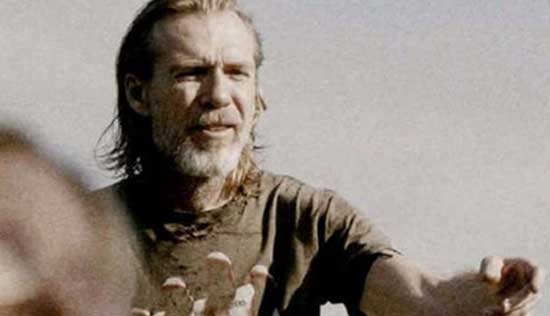 It was such an honor to talk to you today. You are beyond brilliant and talented. You did such an amazing job in 3 FROM HELL. Thank you so much.

Richard- Thank you so much. You made my day. Thanks.

You made my year! Thank you! Everyone go see 3 FROM HELL