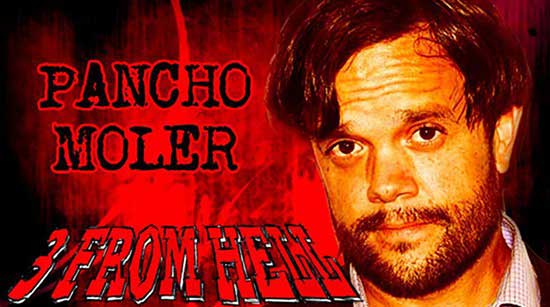 “Pancho Moler: Born in Santiago Chile, Pancho moved to the United States at age 8. At 18 he kept on traveling as a professional skateboarder. Pancho is the first professional Little Person skateboarder in the world.

After suffering a debilitating back injury, which forced him to leave skateboarding, Pancho wasn’t sure where his career would take him next. A friend invited him to an acting class, curious, since he had always loved movies and TV, he went. There was no turning back after that. Acting gave him the same excitement, the same adrenaline rush as skateboarding. On top of that, it allowed him to step out of himself and be someone else if only for a moment.Pancho began studying acting with Robert Rusler at The Hollywood Playground. Then with Matthew Barry at The Working Actor. Also, He is in the midst of training with Upright Citizens Brigade. Most recently, Pancho became a Working Finalist at the world renowned Actor’s Studio.”

Pancho stars in 3 From Hell and Candy Corn. He took time to speak with Horrornews.net

Hi Pancho, How are you?

Pancho- Hi Janel, I’m doing good. How are you? 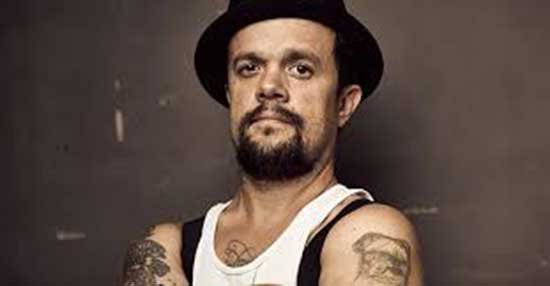 I think all of you did a great job in 3 From Hell. I’ve seen all of Rob Zombie’s films. I was so sad to hear about Sid. He was incredible.

Pancho- Yeah, we all were. He was an awesome dude. He was a great character actor.

Yeah, I met him. He was always so nice and he told the most amazing stories.

Pancho- Yeah, for sure. I met him a couple times. I didn’t get to work with him on the film, we didn’t have our scenes together. I met him at a horror convention and he took me out to dinner one night. We had a good time. You’re right, he told me some great stories. We talked about acting and just where we studied. It was awesome to know that he was a true thespian. Sometimes people don’t go through that. It was awesome to see his story and we had a lot in common. He is just a great guy. A nice person and a good actor.

That is nice to hear. He really was. Now, you did such a great job in 3 From Hell as Sebastian. How did you get involved with 3 From Hell?

Pancho- I worked with Rob Zombie on 31 and he liked my work so much that he….. He trusted me to bring this character to life. I got an email from him about a year and a half ago. The email said, its movie time again, I wrote a character for you. He is a complete opposite of Sick-Head. It’s a follow-up to The Devil’s Rejects. I wrote this character for you. You are the only one that I want to do this kind of thing. Of course, I am going to do this! So, that’s how I got 3 From Hell. I didn’t audition for it or anything. It’s one of the first things I didn’t have to audition for. I audition for everything which is great. It’s good to be thought of in that way and be a part of Rob Zombie’s family. That’s how I got 3 From Hell. 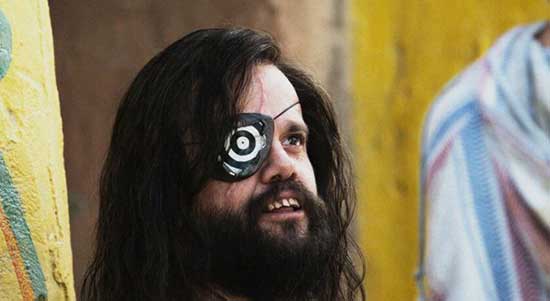 What is it like working with Rob Zombie as a director? I have seen him in concert several times and at the of Twins of Evil tour in Allentown, PA. Rob is so energetic. I noticed so many 3 From Hell shirts and character shirts from his films. I think that’s awesome and the energy was alive.

Pancho- I also went to the Twins of Evil tour with Manson. It’s a little intimidating, you go to a show like that and he’s just this WILD character. He takes over and puts on this crazy performance and you’re just blown away. He’s got so much energy and then when you work on a film with him, he turns that energy into this really passionate director that knows exactly what he wants and takes over that too. It’s awesome to work with him. It’s a roller-coaster that you just have to trust each other. He creates these characters for a specific reason and some of them… Even, with Sick-Head, I wasn’t sure. A  Nazi Hitler clown that speaks Spanish. To me, that was wild and it was Rob’s vision. You got to trust him. That’s kind of how it works, at least for me. He is just a great director, he knows what he wants. He knows how to make these evil villains becomes the heroes. I’m not going to say he discovered me but he introduced me into this horror world that I love so much. I’m so grateful for that.

You sound like me. Did you always love horror movies?

Pancho- I did, I grew up watching The Exorcist, The Shining, Ghost Stories, and I watch a lot of horror movies growing up. It was a big part of my life. I grew up with that and I had no idea beyond that. There is this whole horror world. It’s like a comic con but it’s for horror. I was introduced to that.

Do you think you would ever come to any of the conventions?

Pancho- Yes, I have a convention manager. I think he’s got an idea that we’re going to hit some of the big conventions. Texas Frightmare, Horror Hounds and one of the ones in New Jersey. He’s got a set plan. With Candy Corn and 3 From Hell that’s definitely something that I think will do great.

Oh, you did an excellent job in Candy Corn. You and Tony Todd killed it in that movie. The back and forth between the two of you was great.

Pancho- Working with Tony Todd was awesome. He lives kind of near me. He knew that we would be working together and we met at the coffee shop a few times. We discussed acting and where we studied, where we come from and the relationship between Dr. Death and Bishop Gate. He is such a powerful actor. He made me look good. I’m so fortunate to work with these people. Legends! Courtney Gains, it worked for me. Tony Todd was awesome.

I loved the movie. I thought Candy Corn and 3 From Hell are so different.

What are you working on next and also, I know what happened in 3 From Hell but, if Rob would do another one, do you think you could return?

Pancho- Right now I’m working on this movie written by Josh Malerman who wrote Bird Box. I leave in a couple days to work on that. I have a couple pilots sitting on the shelves. As far as Rob, working with Rob again. Hey, everybody thought the Firefly family died and they didn’t. They’re BACK and they’re powerful and they are STRONG! They are taking over. What’s to say that Sebastian really died? We don’t really know, do we?

I love the scenes in 3 From Hell with you and Sheri Moon Zombie.

Pancho- That was one of the scenes and working on films like this. They are so fast-paced and even with 31, Sick-head was just a psychopathic, out of his mind dude. Being able to work on a scene like this where we got to take our time and it was so grounded. It allowed us to give our full heart to the scene and just leave it there. That’s what that scene is all about, it was a connection. A brotherly and sisterly connection that was so powerful. She was very giving as an actress to me because in the last movie we did I just wanted to kill her.

Pancho- It was great! It was an awesome scene. I’m so fucking grateful that Rob wrote a scene like that. It’s such a stand out scene and it allowed us to give it all we got.

Do you think you ever write again? Write another movie?

Pancho- Maybe, you know. I’ve been thinking about writing more stuff. I write mostly comedy but I feel like sometimes why not embrace the stuff that’s more shocking and disturbing. I feel like that sometimes works for me better. Maybe, I’m better at it. 2X4 was an awesome experience.

What do you want to say to the fans and audiences watching 3 From Hell?

Pancho- You know, what I want to say to the fans is look, you pay for what you get for. You know, if you love Rob Zombie, you are GOING to LOVE 3 From Hell. He loves making movies for all the fans. He wouldn’t be able to do this without them. The love and support is just awesome. Even doing the conventions and this world. We are part of this unique and loyal world. There is nothing better than that. The fans are great and loyal. We wouldn’t be able to do this without them. Thank you guys for the love and support. Go watch 3 From Hell, watch Candy Corn and love Halloween. 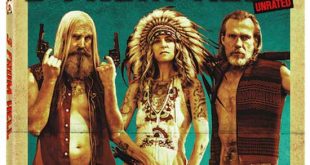 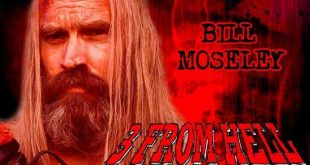