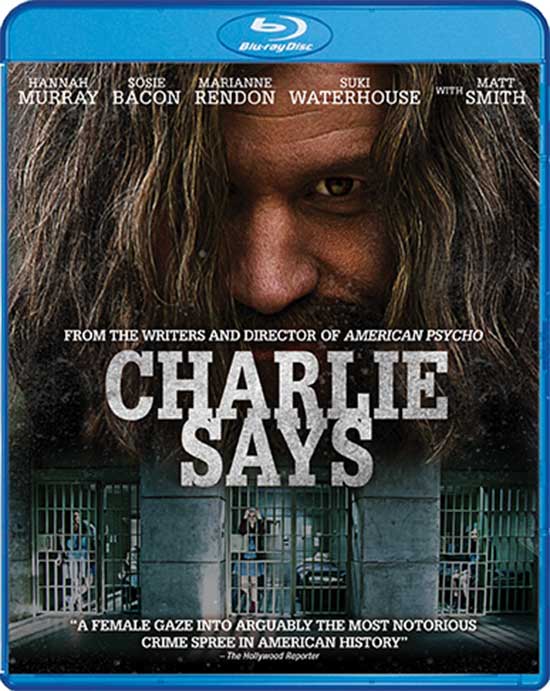 The tragic tale of an all-American girl who was transformed into a cold-blooded killer in the summer of 1969.

The subject of the Manson/Sharon Tate murders and the Charlie Manson family seem to be a hot subject these days. Now 2 years after Charlie’s death in prison, the stories, tales, and legacy is being discussed more on a cinematic level.

Charlie Manson of course orchestrated a brutal murder per the brainwashing of a group of his followers. Though public interest seems to be grounded in the prologue of this incident, the girls, the control, the lifestyles, and the mind sets at that time.

Having just reviewed the Tarantino film “Once upon a Time…in Hollywood” I was very much familiar with the incidents and the culture of those times. A new release, “Charlie Says” (2018) per the people of Shout Factory and Epic Level Entertainment is not the first of its kind and certainly won’t be the last, however each new release attempts to document this story thru actors, sets, and the reported situations that we know of from that time. 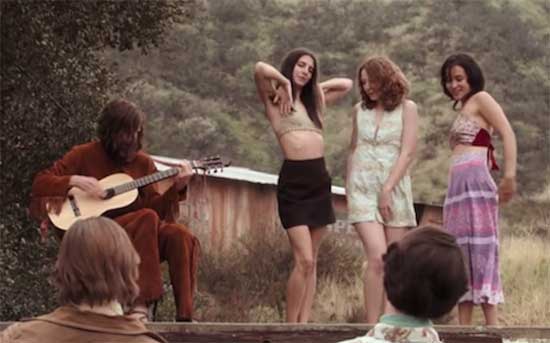 We know from history that Charlie and his gang inhabited Spahn Ranch during 1968-1969, with 1969 being the year of the Sharon Tate incident. The setting was located in Los Angeles County, and at the time was a working ranch that supported the residing of a young hippy commune, later known as the Manson family

Several films have detailed the feeling and culture of those times and what it was mostly like living at the ranch. “Charlie Says” takes a deep dive into this giving plenty of screen to time to Charlie Manson (played by actor Matt Smith) and his followers/concubine. In particular, the film focuses more on 3 of the individuals, who were later incarcerated for life after being convicted of the famed brutal murders crime, we have come to know. 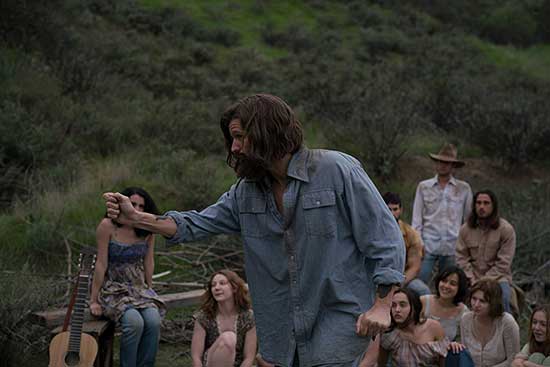 The film begins on the note of Leslie ‘Lulu’ Van Houten,Patricia ‘Katie’ Krenwinkel and Susan ‘Sadie’ Atkins now residing in prison under the control and jurisdiction of the prison system. Still young adults at that time (at the approximate ages of 20-22 years old respectively), the 3 of them were convicted of the murders and sentenced to life imprisonment. Charlie Manson was convicted as the conspirator of these crimes and also sentenced. The film attempts to paint a new perspective on the event and the females involved. Still under his spell they are forced to deal with the after math of their crimes for the rest of their lives. 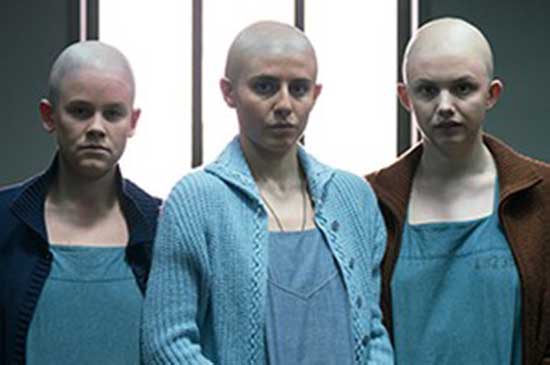 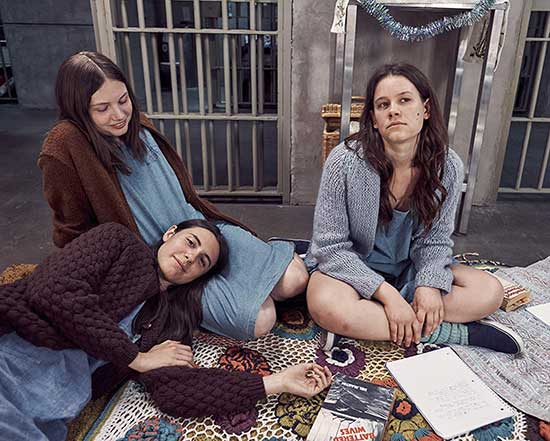 We begin right in the beginning of it all, but also directly after the arrests. The film flips back and forth between timelines. Still under his mental brainwashing, the 3 of them sing, chant and converse while doing so behind bars. Manson, who has made a deep impact on them is the topic of conversations, still being held in high regards despite where his directions have landed them. We flash back to the 60’s (the end of the 60’s) as the group congregates at Spahn Ranch adjusting to their new lifestyle.

Lulu “Leslie Van Houten” the newcomer of the group, is invited in per the girls and introduced to Charlie. It isn’t long before Leslie acclimates fully under the guidance and recommendation of her co-residents and becomes another member of this gang. Sex, love, money, living quarters, and philosophies are shared and commanded under Manson as he frees them of their “egos” and acclimates them to his free-living hippy lifestyle. 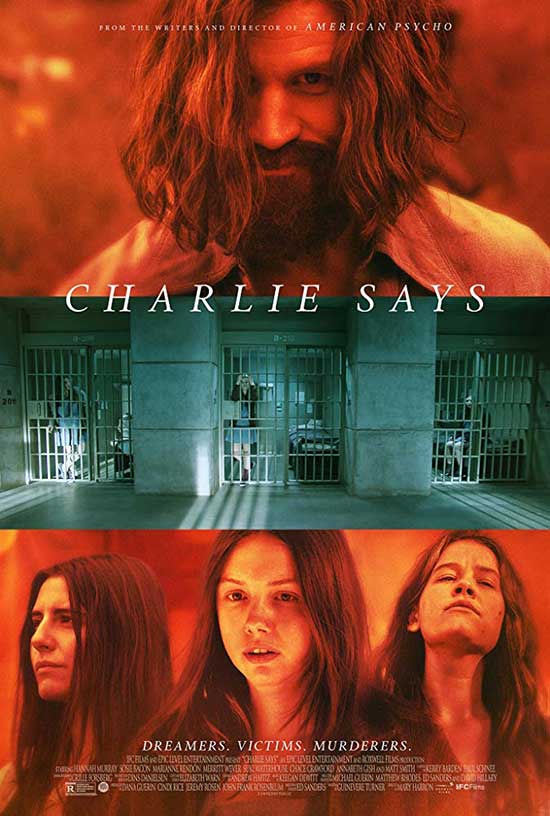 Details are explored as Charlie is presented as a man of wisdom and knowledge, providing enough charisma to hypnotize his “family” into his train of thought

What’s compelling here is the reenactments of what life with Charlie ma have been like. The expression and emotional transformations that occur, the gradual build up of Charlie’s plan to position the black man as a grounds for war, the belief and premonitions embraced by the world of the Beatles and their Helter Shelter message, and the gradual transitioning of his followers into killers. The frustrations that Manson felt as a musician are addressed which appeared from he narration here as an additional grounds for lashing out. 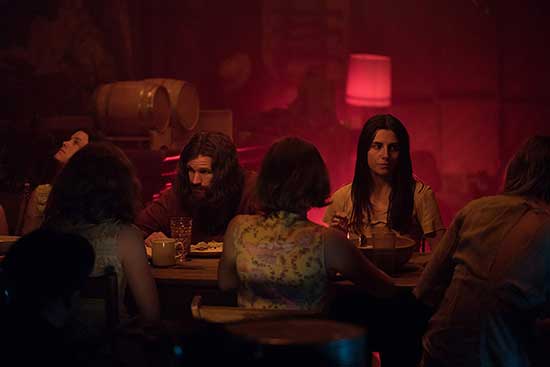 At the end of the day, “Charlie Says” is a great film that really nails the head on what Manson living “might “have been like. The acting was superb as these girls are molded into his army. What was a revelation here is that Charlie who was the power behind this family, is portrayed as both a hippy prophet and an model of insecurity. One hand he exudes strength by manipulation and on the other is simply acting out on his own personal failures.

The contrast of this film is the before and after focusing on the girls who have to live with their mistakes and crimes. 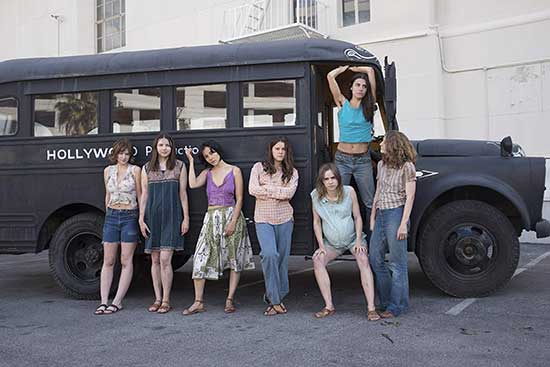 Karlene faith (Merritt Wever) is featured as the one assigned to their rehabilitation.

“Charlie Says” is a great addition to this historical retelling legacy of films. It approaches things bearing time lines and situations while doing so under a well acted bunch. In particular, the film focuses more on the girls who were affected and what their lifestyles looked like. Jumping to present we get an additional glimpse of what happened after the fact.
Clearly a film created to place more feature upon the girls of this tragedy, Charlie Says paints the missing pictures of the untold story

Charlie Says is now available on bluray per Shout Factory 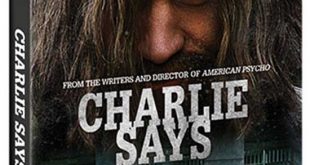