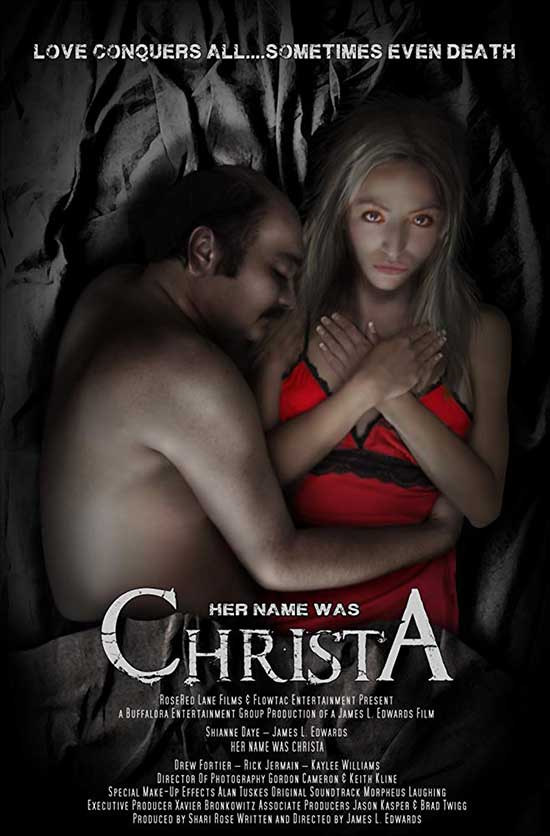 A lonely man in his 40s looking for companionship pays a prostitute named Christa to pretend to be his girlfriend. It isn’t long though, before they fall in love with each other for real and it looks as though he’s finally going to get everything he ever wanted. Unfortunately, tragedy strikes one night, and she dies, but he isn’t quite ready to let her go just yet.

I was absolutely blown away by Her Name Was Christa and have to say that it was one of the best movies I have seen in a very long time. I thought it was an interesting, touching, depressing, disturbing, and even hauntingly beautiful film that reminded me of other movies such as Adam Green’s Spiral and Lucky McKee’s criminally underrated Roman to an extent. It isn’t an easy film to watch at times and stays with you long after the end credits have rolled, but that is part of the reason that it is so great. I honestly thought that it was a masterpiece in a lot of ways, and I feel very fortunate to have had the opportunity to see it. 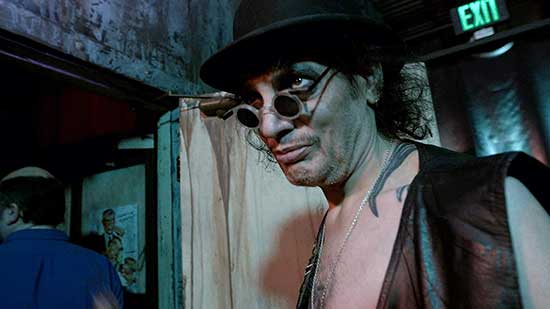 The premise basically centers around a man named Stephen in his 40s that isn’t very happy with how things are going in his life. He has a crappy telemarketing job, he’s lonely, and things just aren’t going so well for him. One day a co-worker (played to perfection by Drew Fortier who is nothing short of awesome in the role) suggests he get a prostitute, so he does so, but it doesn’t work out so well for him. He meets another prostitute afterward and makes a deal with her: He will pay her to act as his girlfriend for a period of time and she reluctantly agrees. However, before either one knows it, they have fallen for each other and make plans to spend their lives together. Then, before you can say “Happily Ever After” Christa dies, and poor Stephen makes the decision to continue the relationship anyway. I don’t want to say anything more because I don’t want to spoil things but let’s just say the results are nothing short of heartbreaking and utterly disturbing at the same time and if you’re like me you’ll be more than a little misty more than once before everything plays out. 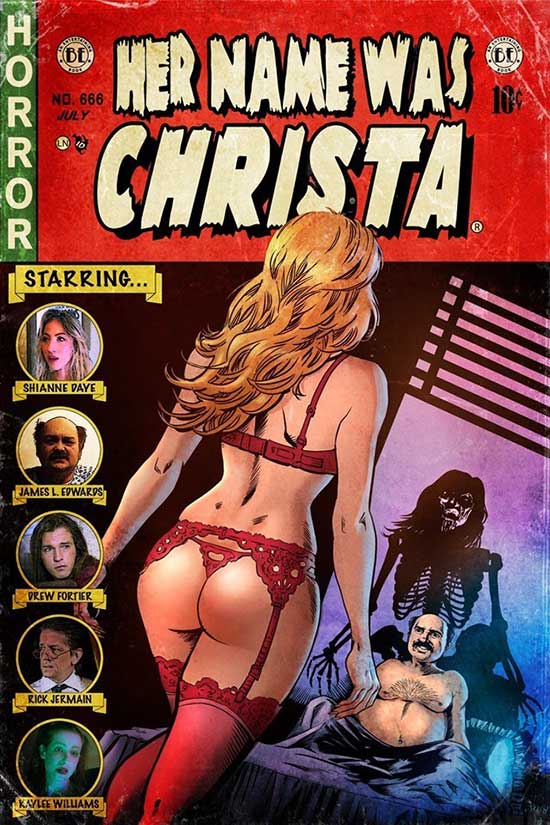 This film really spoke to me for several reasons and everyone involved should be proud of what they accomplished here. The cast is amazing, and I thought everyone did a wonderful job. James L. Edwards (who also wrote and directed the film) stands out as Stephen and you can’t help but like him. He’s a pitiful, sad guy and you just want everything to work out for him and for him to be happy. The same could be said for Shianne Day who is magnificent as Christa. She does a wonderful job bringing her character to life and I see big things for her in the future. I also loved Drew Fortier as Nick and thought that Rick Jermain was great as Stephen’s asshole boss Blaze. Needless to say, this film had a great cast and they were one of the many reasons this film turned out so well.

Even though this movie is great I feel like I must warn you. If you are feeling depressed or just the slightest bit down, you may want to hold off and watch it when you are feeling a little better. As I said it is a very depressing film that will get to you in a lot of ways as you watch it. I’ll admit that I cried a couple of times while I watched it as it really struck a chord with me and even a day after watching it, I’m still feeling a little bummed out by it. It punches you in the gut emotionally (but in a good way) several times (especially in the end) and if you don’t feel something after watching it you may want to check and make sure you have a heart. 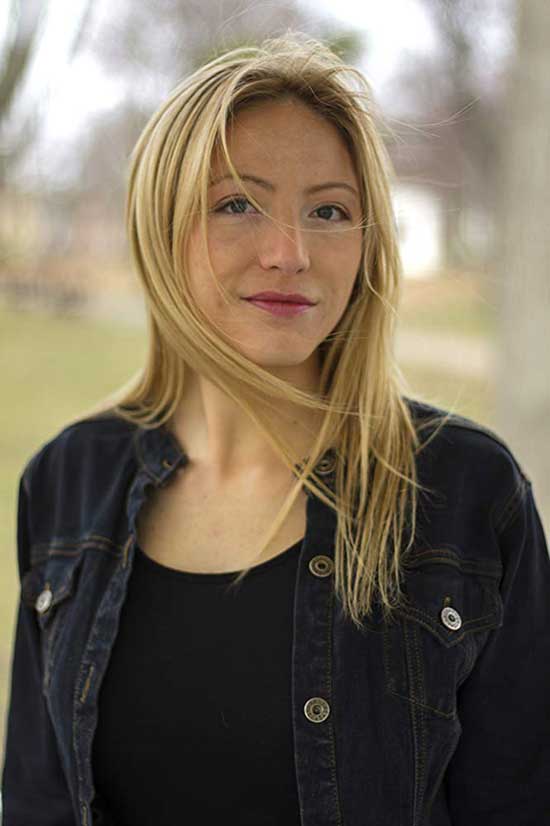 Her Name Was Christa is nothing short of amazing. While I’m not certain I would call it a horror movie it is a twisted love story that contains horror elements as well as its share of disturbing and shocking scenes. I haven’t had a film impact me this much since I saw the likes of Make Out with Violence, The Dead Girl, and Megan is Missing. Even though I loved this film I felt the need to check out some cartoons after I watched it just so I felt a little better. Do yourself a huge favor and check out this movie as soon as you can. I guarantee you will dig it as much as I did and that it will leave a lasting impression on you long after you watch it. Highly recommended.